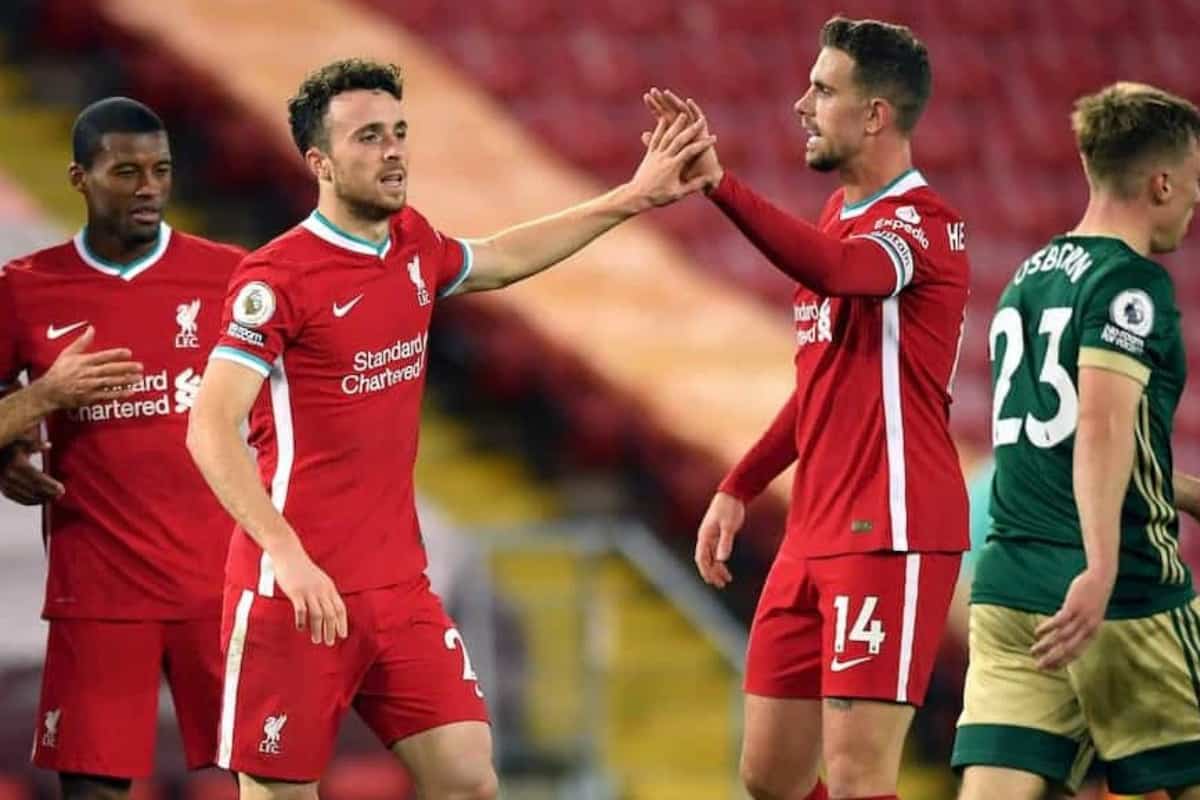 Diogo Jota has paid tribute to Jordan Henderson after the captain was one of the first to welcome him to Liverpool following his summer switch from Wolves.

It has been a start to savour for Jota at Liverpool with four goals in nine appearances as he continues to slot into Jurgen Klopp‘s side with relative ease.

The 23-year-old was a key part of Liverpool’s summer window, adding further quality to the Reds’ forward line after switching the Molineux for Anfield.

His move was one which caught fans by surprise as one day the Reds were interested suitors and the next he had already signed on the dotted line, and his transition into the team has been just as swift.

And it is no doubt in part due to the welcoming committee which greeted him before he even stepped foot at Melwood for his first training session, with the Portugal international eager to thank the captain for reaching out and offering his support.

“I have to mention Jordan Henderson because even before I arrived for my first training session he already texted me, saying that he will be there for me, saying welcome,” Jota explained on the Premier League‘s show Uncut.

“It was a big thing for me and I was not expecting it and I just wanted to thank Jordan for that.”

It is in keeping with Henderson’s incredible leadership qualities, which have been a key driving force in Liverpool’s success in recent years, that Jota was made to feel at home at the earliest opportunity.

It came after a few sleepless nights for the 23-year-old once Liverpool’s interest was made known but now it is all about enjoying and seizing the moment working under Klopp and the Reds’ team of champions.

“I think this is the highest I have achieved in my career so far so I’m obviously very pleased to have this opportunity and I just want to enjoy it and take advantage of it,” Jota continued.

“When I was a kid and watching Champions League finals he [Klopp] was already there so to work with him in this moment of my career means a lot and I just want to learn with him.

“And the same with my teammates. A lot of them are world champions so I just want to learn and take advantage of the opportunity to play with them.

“Like I said before Liverpool are the world champions so when you hear that they want to sign you, you for sure have a few nights without sleep!”