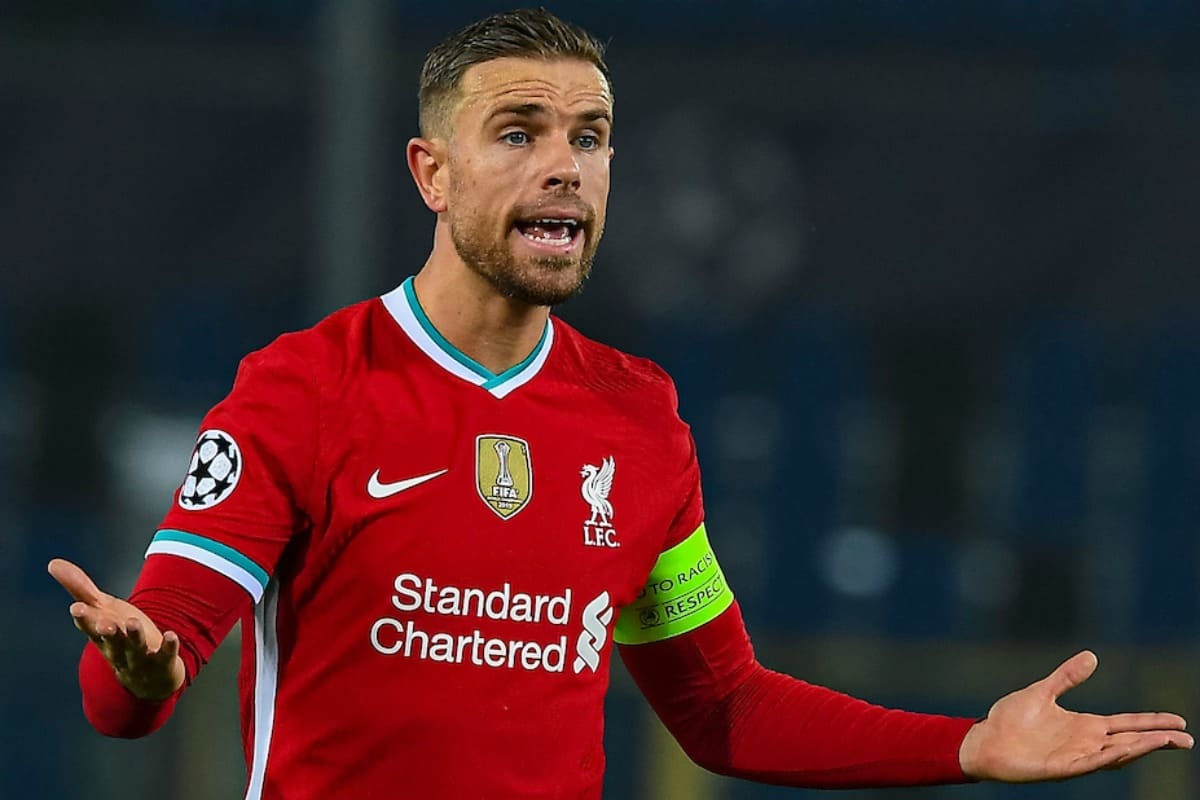 Another day, another game for Jurgen Klopp‘s Reds and this time it’s for another shot at the knockouts of the Champions League, where the manager has another big decision on his hands.

Liverpool’s hectic schedule continues merely three days after their last outing in the 1-1 draw at Brighton as they welcome Ajax under the lights at Anfield in another all-important clash.

With a considerable injury list to consider it’s another challenge to overcome for the Reds against the free-scoring visitors as they aim to reach the last-16 with one group game to spare.

It will be another juggling act for Klopp and co. across defence and midfield and they will hope the likes of Mohamed Salah, Sadio Mane, Diogo Jota and Roberto Firmino have their goalscoring boots on.

Here’s how the Reds could line up against the Dutch side at Anfield.

When the going gets tough, the tough get going ought to be the phrase for Liverpool so far this season.

Thankfully, the Reds were boosted by the return of Jordan Henderson in the second-half of the draw at Brighton following on from his enforced absence after the international break.

But, as ever, Klopp had one given back and another taken away with James Milner the next in line for the treatment room after sustaining a hamstring injury after playing three games in six days, leaving the midfield options slim once again.

With the manager confirming Thiago‘s return will not come until after the New Year and Naby Keita and Xherdan Shaqiri still on the comeback trail, it leaves Curtis Jones, Gini Wijnaldum and Fabinho as the senior options in the middle of the park.

The latter could be drafted in from his station in defence to assist in rotation, with Joel Matip expected to return straight to the fold after being carefully managed over the weekend.

The match will also come too soon for Trent Alexander-Arnold, but the right-back is making positive steps forward and could return within the week.

All eyes will be on the defence and midfield as rotation and availability come into play for this one and while Neco Williams struggled to find his feet at Brighton, another opportunity is to come his way.

The 19-year-old is set to be joined by Matip after he was wisely rested last time out, where he could then be joined by Fabinho to help continue to solidify their partnership alongside Andy Robertson.

It leaves experienced options across the next line slim and Wijnaldum could be made to turn out once more alongside Henderson and Curtis Jones with the pair having only come on in the second 45 on the south coast.

They will inject some fresh legs into proceedings and a forward line of Mohamed Salah, Roberto Firmino and Sadio Mane could be used to create a solid early foundation – with the No. 10 having only played 26 minutes on Saturday.

A strong lineup which would then allow Klopp to utilise all five substitutes available to him with greater effect: 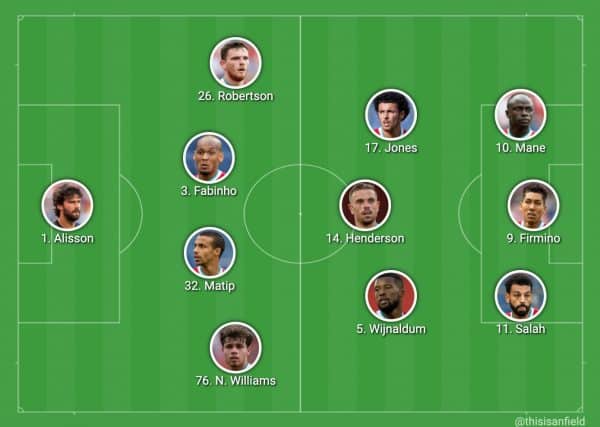 On the other hand, the desire to rest Wijnaldum could win out as he has played the second-most minutes of any other Red so far this season, including 240 minutes from the last three games.

It could see Fabinho make a somewhat unexpected return to midfield alongside the captain, which would then pave the way for Rhys Williams to partner Matip at centre-back.

Adding experience ahead of the defensive line would certainly be handy against an Ajax outfit who have scored 31 goals in their five league games since they last played the Reds.

This would then provide the chance to lineup in a 4-2-3-1 system to enable Diogo Jota to join the usual front three and help ensure the result is put beyond doubt, with the likes of Jones, Minamino, Tsimikas and Origi available from the bench: 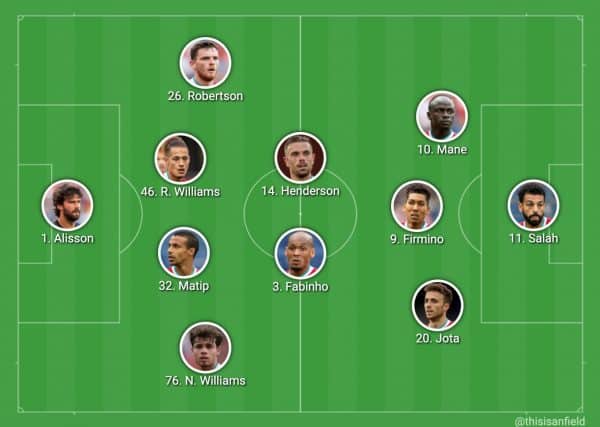 The personnel available certainly makes for an interesting team selection for Klopp but it would not be a surprise to see a strong XI with the aim of tying the game up as swiftly and effectively as possible.

While Liverpool certainly like to do things the hard way, being able to rest easy ahead of the final group game at Midtjylland would come as a major source of relief and offer a slight reprieve within the unforgiving schedule.