Former Red Mamadou Sakho has been issued an apology from the World Anti-Doping Agency for the ban he received in 2016 which he claimed contributed to his departure from Liverpool.

The conclusion to the long-running battle between Sakho and WADA was finally reached this month over a positive test for a fat-burning substance after the Europa League meeting with Man United.

The central defender was issued a 30-day ban from all European football which ensured he was not to feature in the Reds’ Europa League final nor be available for selection for France in Euro 2016.

WADA’s initial verdict derailed Sakho’s short-term influence at Liverpool as he was the in-form defender as Jurgen Klopp‘s side looked to secure a Champions League spot in 2016/17 by winning the Europa League.

The Reds, in the end, would fail to overcome Sevilla in the final and while hindsight suggests it was a blessing in disguise, for Sakho it represents a missed opportunity and a stain on his reputation.

His suspension was subsequently overturned as the substance higenamine was deemed to not be on the banned substance list and WADA’s handling of the case was criticised by UEFA over a lack of clarity. 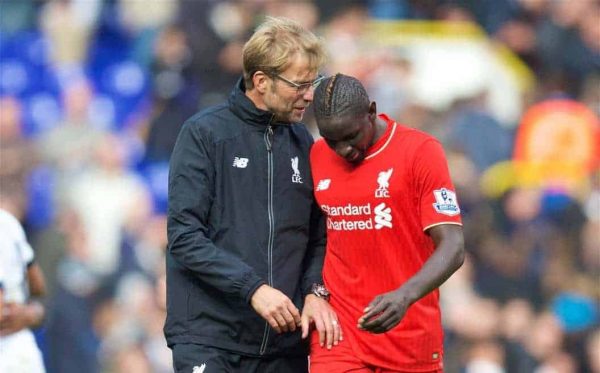 It led Sakho to sue WADA for £13 million due to the negative impact it had on his career, with his barrister at the time, Stuart Ritchie QC, claiming his client’s “earnings as a player and the worth of his personal brand have been reduced by his move away from Liverpool.”

And more than a year after Sakho’s case first came to light, the Atheltic have now reported that Sakho has received an apology from WADA and a financial settlement – with the final figure remaining private.

“WADA accepts that it should not have made the defamatory allegations it did in the First Press Statement and the Second Press Statement given that Mr Sakho had been acquitted by UEFA.

“WADA accepts that Mr Sakho did not breach the UEFA Anti-Doping Regulations, did not cheat, had no intention of gaining any advantage, and acted in good faith.

“WADA regrets the damage the defamatory allegations caused to Mr Sakho’s reputation and the distress, hurt and embarrassment caused to him.”

Sakho would play only six more competitive games for Liverpool following on from the tie against Man United as he fell by the wayside in the summer of 2016, where behavioural issues saw him sent home for the pre-season tour of the United States prematurely.

In January 2017, he made a loan switch to Crystal Palace which then became permanent that summer where he has since struggled with injury and form having played just 74 times in just under four years.