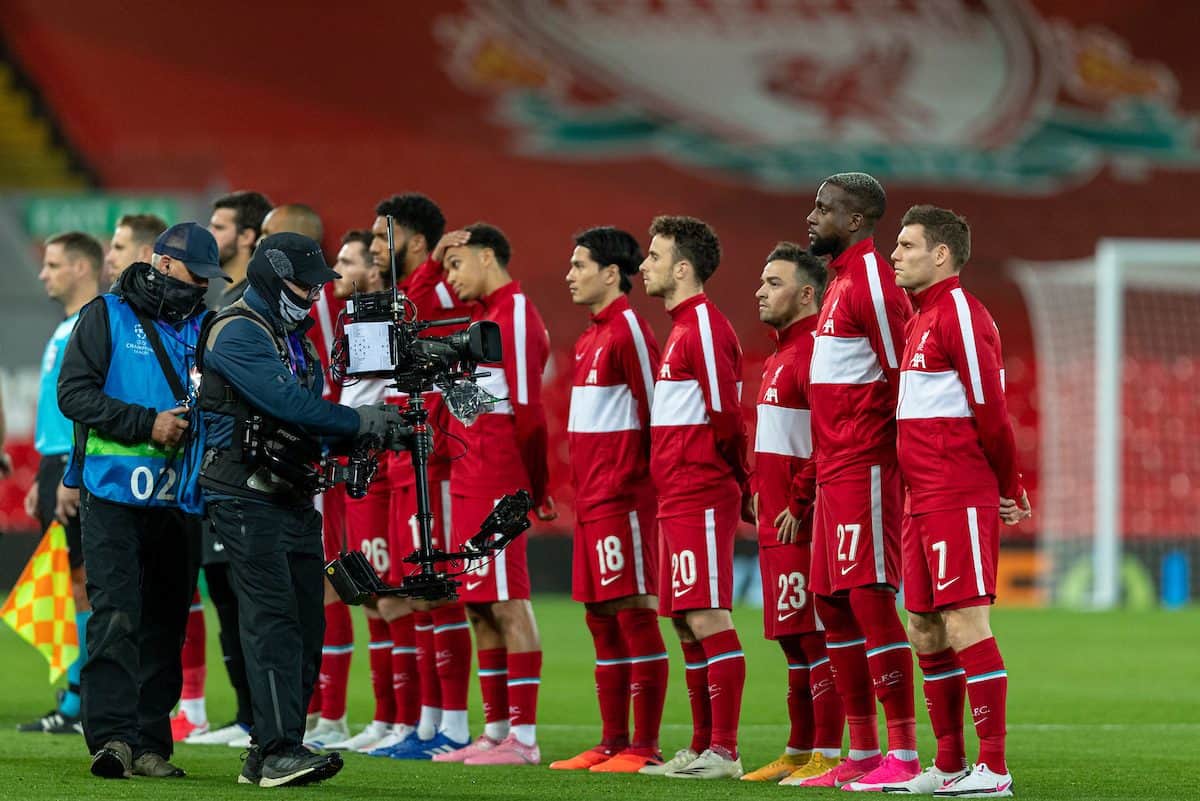 Despite a 2-0 loss to Atalanta in the Champions League on Wednesday night, it will only take a draw against Ajax in the next game to see Liverpool advance from Group D.

The Reds fell at the hands of their Serie A opponents on Wednesday, with Josip Ilici and Robin Gosens scoring within the space of five second-half minutes to secure the win for Atalanta.

It was something of a shock given the manner in which Liverpool dismantled Gian Piero Gasperini’s side last time around, but with Jurgen Klopp having made five changes a more disjointed display was expected.

With Atalanta taking the three points, and Ajax sealing a 3-1 victory over Midtjylland in the other game in Group D, the table has opened up significantly.

Liverpool are still on nine points, while both Atalanta and Ajax have seven – the Dutch side sit second by virtue of a superior goal difference – and Midtjylland are bottom having taken zero points so far.

But while a win on Wednesday night would have guaranteed progress to the last 16, the Reds now only need a draw in their next game – at home to Ajax next Tuesday – to book their place in the knockout stage.

Dropping points at Anfield and Atalanta beating the already-eliminated Midtjylland would mean Ajax would be required to beat Gasperini’s side to qualify.

This would come at the expense of Atalanta, rather than Liverpool, who could still progress to the last 16 either way if they lost to Ajax and beat Midtjylland in their last group game on December 9.

Such is the strength of the Reds’ position having taken three points from each of their first meetings with Ajax, Midtjylland and Atalanta.

It is disappointing not to have wrapped up progress after four games, of course, but the manner in which Liverpool approached their meeting with their Italian opposition, amid an ongoing injury crisis, ensures it is not a disaster.

Ajax will put up a good fight at Anfield next week, but Klopp will be steeling his side to push for victory or, at the very least, not to lose as they bid to reclaim the European Cup.