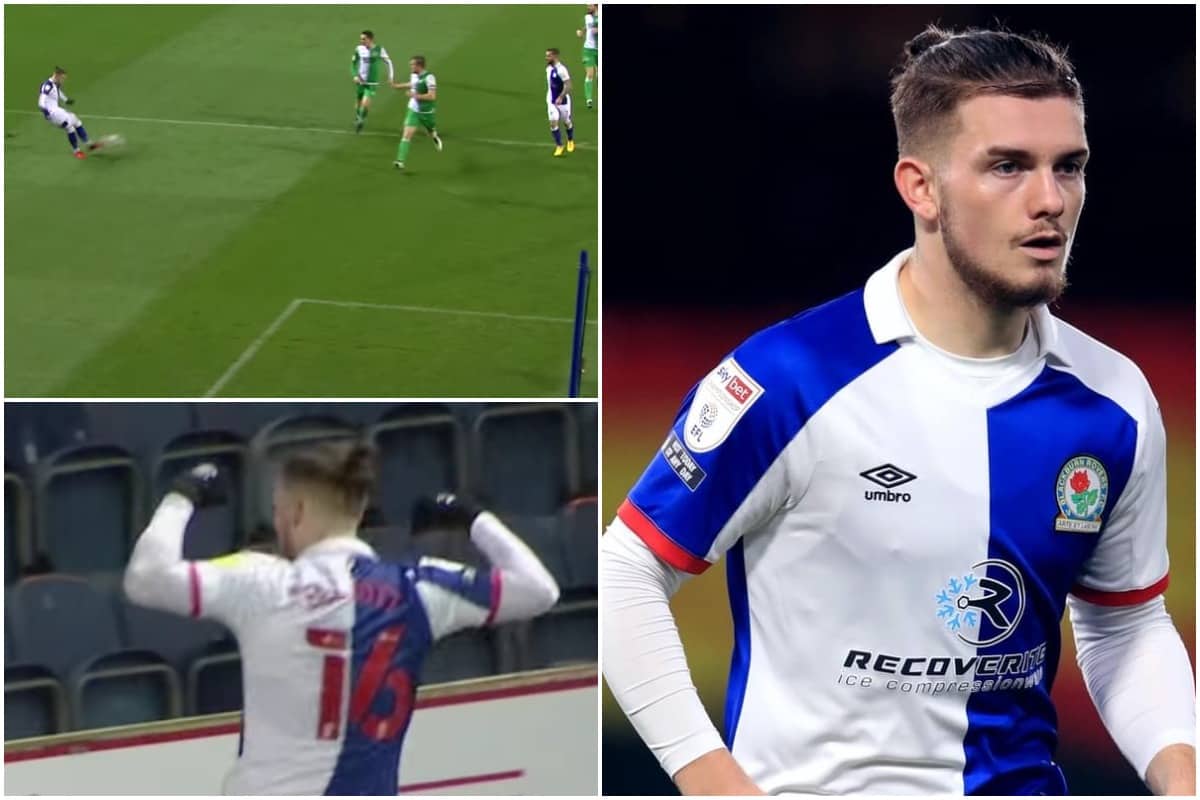 Several of Liverpool’s on-loan players featured in midweek and it was the second-tier based youngsters who really caught the eye once more.

There were seven who could have featured for their respective temporary sides in midweek, with both domestic and European action on the agenda, but the usual mix of form and fitness dictated that only four made it out onto the pitch.

A wonder strike from Harvey Elliott was the headline-grabbing act, and Liverpool fans will definitely see shades of Mo Salah in the strike.

Running from deep, Elliott latched onto a pass on the edge of the box and bent a first-time, curling effort with his left foot right into the far top corner, leaving the ‘keeper no chance and his Blackburn Rovers team in front.

One difference between Salah and Elliott – in this game at least – was the fact the teenager started in a deeper role, playing as part of a midfield three, from where he had three shots and made two key passes in his time on the pitch.

But it was his goal which was most crucial and most impressive, his second strike for Rovers and first at Ewood Park.

Elliott was off the pitch by the time the late win was secured, which leaves Rovers in ninth.

Meanwhile, Sheyi Ojo remains in great form for Cardiff City and added a pair of assists to his tally in a 3-0 win over Huddersfield.

The first was a low cross from the left which was whipped around a defender and allowed a near-post finish, but the second was genuinely impressive – a clever pass between four defenders from just outside the box, giving a shooting chance on the turn which was well-finished.

Ojo now has three goals and four assists in 15 Championship games this season for Cardiff, who are 12th in the table.

Harry Wilson also played in the game, just off the front man in effectively a 4-4-2, and while he wasn’t a goal threat himself on this occasion he also teed up a couple of shots for team-mates.

With Marko Grujic suspended for Porto’s Champions League match against Ajax, the only other player in action was Ben Woodburn.

The midfielder is with Blackpool and he featured as a second-half substitute in a win over Portsmouth, his sixth league appearance of the season.