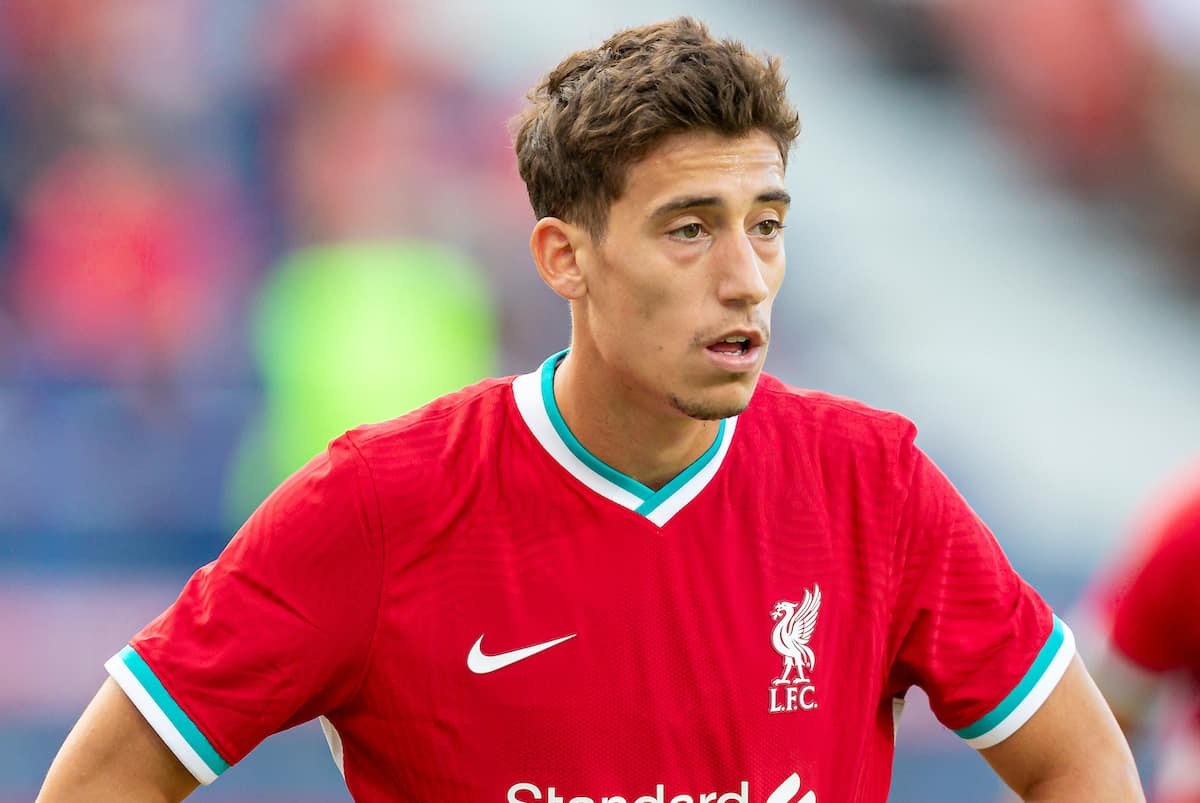 Kostas Tsimikas faces a similar layoff to the injured Diogo Jota, with Jurgen Klopp confirming the “unbelievable” double blow to Liverpool after the draw at Midtjylland.

Klopp made eight changes for the final game of the Champions League group stage on Wednesday night, with both Tsimikas and Jota among those coming in.

Effectively a dead-rubber, it was still a clash Liverpool hoped to win, but they were left frustrated as VAR ruled out Takumi Minamino‘s prospective winner late on, leaving the scores at 1-1.

There was little toll in terms of the result, as Klopp’s side still finished top of Group D and Midtjylland bottom, but there was a clear physical toll as both Tsimikas and Jota were brought off.

Tsimikas’ was visibly enforced, with the left-back feeling the impact of a late challenge, while Jota himself was caught but looked to be able to play on before he was replaced by Sadio Mane.

In Klopp’s pre-Fulham press conference, however, the manager described both as having suffered “knocks,” while his pre-match interview with Sky Sports revealed much more significant news.

Not only is Jota facing “one-and-a-half, two months” out with a knee injury, but Tsimikas’ layoff for the same issue is also said to be “pretty similar.”

The manager described it as “unbelievable,” though given the landscape of the campaign and the many, many injuries Liverpool have already suffered, it is almost par for course. 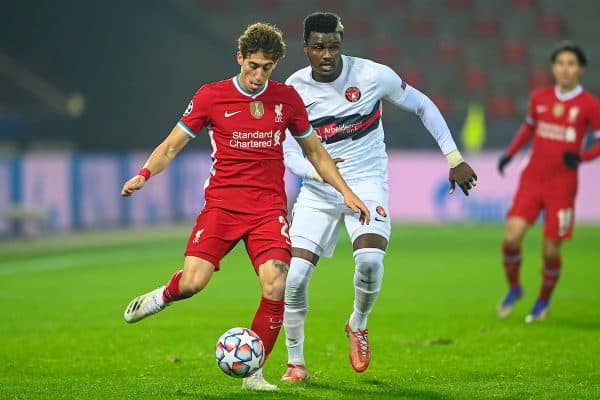 While Jota’s absence will be felt more heavily, with the forward having struck nine times in 17 games so far this season, it is a major setback for Tsimikas in a frustrating start to his life at Anfield.

Following a bout of COVID-19 at the start of September, the Greek then picked up a thigh injury soon after, keeping him out for over a month.

So far, Tsimikas has played just four times for the Reds, three times in the Champions League and once in the League Cup, and James Milner has remained the go-to backup for Andy Robertson at left-back.

Another long spell on the sidelines – which, like Jota, could see him miss up to 15 games including a possible three FA Cup ties that he would likely have started – serves as a speedbump as Tsimikas looks to settle at his new club.

It seems unlikely that Liverpool will see the best of their new No. 21 until perhaps next season, with the unique circumstances of 2020/21 taking their toll.