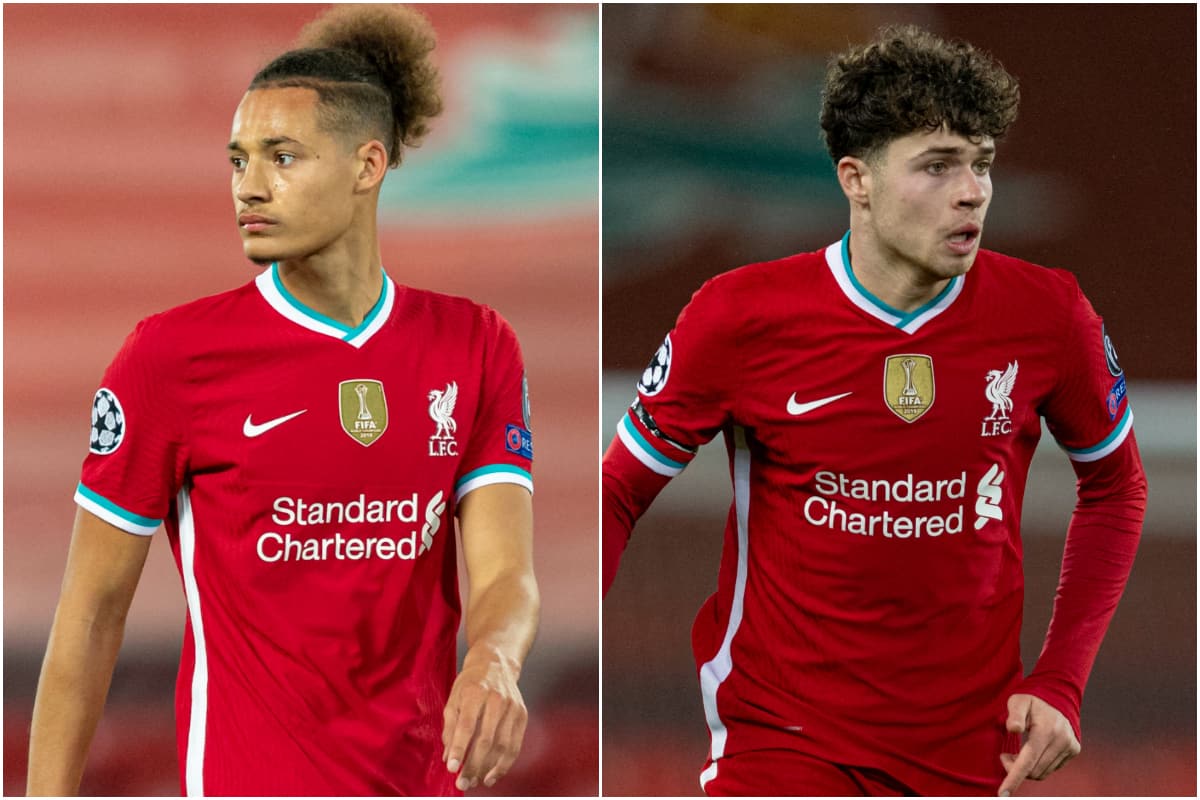 Jurgen Klopp has defended Liverpool’s young players stepping in, namely Rhys Williams and Neco Williams, insisting they cannot be compared with the players they replace.

With Virgil van Dijk, Joe Gomez, Joel Matip, Fabinho, Trent Alexander-Arnold and James Milner all suffering injuries throughout the campaign so far, the Williams tandem has played more football than perhaps they would have expected so far.

Rhys Williams, who spent last season on loan with non-league Kidderminster Harriers, has filled in at centre-back in the Champions League after impressing in the League Cup earlier in the season.

His long-time academy team-mate Neco Williams has been tasked with standing in for Alexander-Arnold at right-back, with his first Premier League start of the term coming against Brighton last time out, with Milner also absent.

Substituted at half-time, the Welshman came in for further criticism for a shaky performance that saw him concede a penalty that, fortunately, Neal Maupay missed, adding to the scrutiny over his form.

Both may start again as Liverpool host Ajax in a Champions League tie that, if they win or draw, will see them progress to the last 16 on Tuesday night, and ahead of the game, Klopp backed his youngsters.

“Look, if somebody is a Liverpool youth or academy player in general, he has already, for sure, a lot of talent,” he told reporters.

“For sure. Otherwise, you can’t make the cut.

“When you then go through all these difficult moments in your youth academy career, then you are already used to some difficult situations and some pressure.

“But when you come up and you make the final step and have to play in a competitive game for the first team, that’s a different animal.

“And I think the boys adapted really well, they did a lot of really good stuff, helped us enormously.

“The only problem they have from time to time is that people compare them with the guy who played the position before them, and they are, in our case, all world-class players.

“That makes it maybe kind of difficult for people to see clearly how talented these boys are, but from my point of view they did really, really well.”

It is a salient point from Klopp that the likes of Rhys and Neco should not be compared with their more established counterparts, as both are at the start of their careers at the top and still finding their feet.

For the most part, and for Rhys Williams in particular, their contributions have been impressive, and the manager will be hoping they can continue to improve with further game time.

While it is a difficult balance to strike, with Liverpool needing top-level performances but aware that they are not currently calling upon top-level players in some positions, but they cannot be expected to match up to Van Dijk and Alexander-Arnold every game.