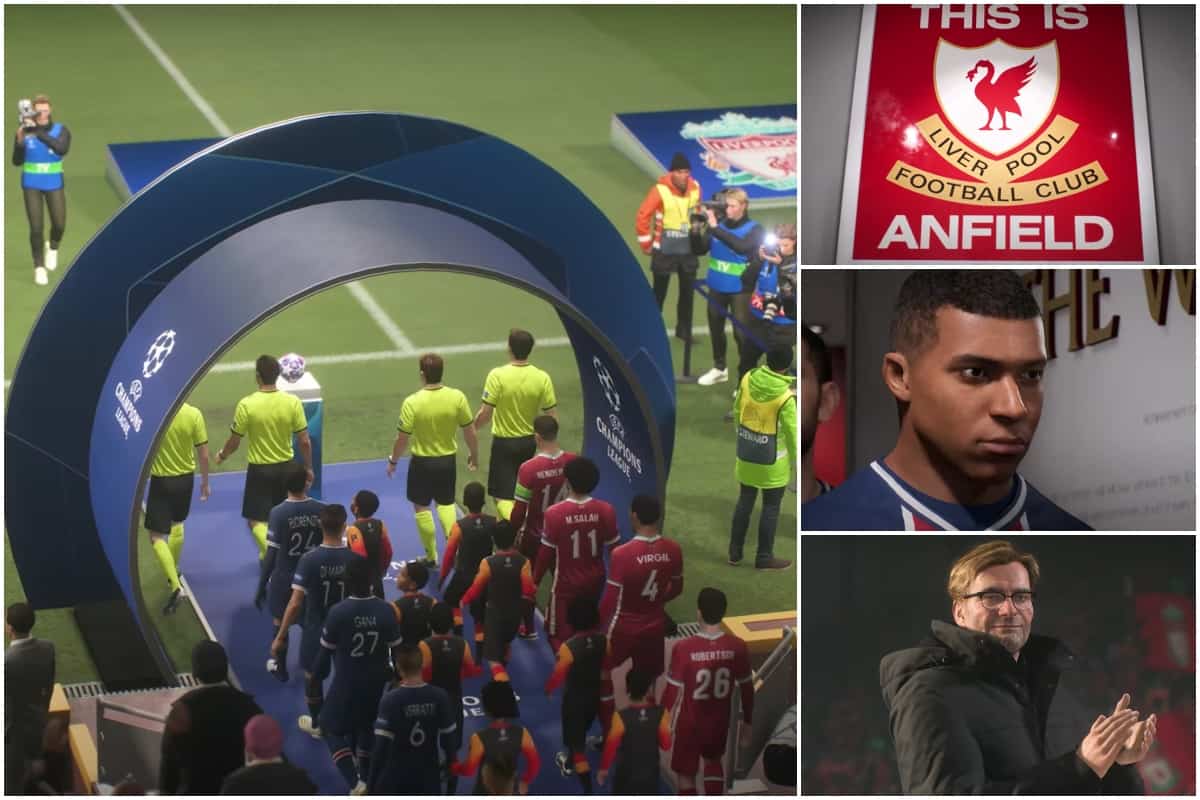 Gaming lovers are today getting the chance to take a look at FIFA 21 on the next generation of consoles, with Liverpool front and centre of EA Sports’ big reveal.

Few places on earth can match Anfield on a European night – most years, anyway – for magic and possibility, and that’s reflected in a new video for the latest version of the most popular football video game on the planet.

Depicting a young Scouse fan who is headed to the match as an on-pitch mascot accompanying Trent Alexander-Arnold, the “opening cinematic” shows the huge detail and visuals on offer…and yes, with thousands on the Kop making their voices heard.

As much as it’s a cool intro for the game, it’s also an emotional reminder of what we hope to get back to over the coming months, with the stadium’s atmosphere and ambiance an enormous part of what makes the club.

Liverpool vs PSG is the backdrop for the video, with the likes of Kylian Mbappe, Roberto Firmino and the dodgy ‘tache of Mauro Icardi all making an appearance.

There’s plenty of small, but memorable, little shots which make up the matchday experience to note.

Going through the turnstiles, seeing the team bus turn up, the massive glass shop front imagery of the Kop, Champions League stewards, the noise of the crowd from outside the stadium and more – it’s extremely well put-together to build the excitement of kick-off.

Elsewhere, it’s notable that a big and vital addition to the game is Jurgen Klopp‘s hugs!

Jurgen Klopp’s post-game hugs have been added to #FIFA21 ?

Fans took to Twitter to discuss the video and the forthcoming game, saying the sight of supporters singing inside Anfield gave them “shivers“, the storyline looks “amazing” and that the visuals “look unreal” and are “beautiful“.

Klopp’s big coat and glasses, the banners and scarves and the songs being sung are all worth seeing and hearing, but the ongoing narration from the Reds-supporting girl also hits right in the feels: the desire to watch the team win up close…and to be one of them in future.

We’ve all been there!

FIFA21 is available to buy now for all consoles via this link.