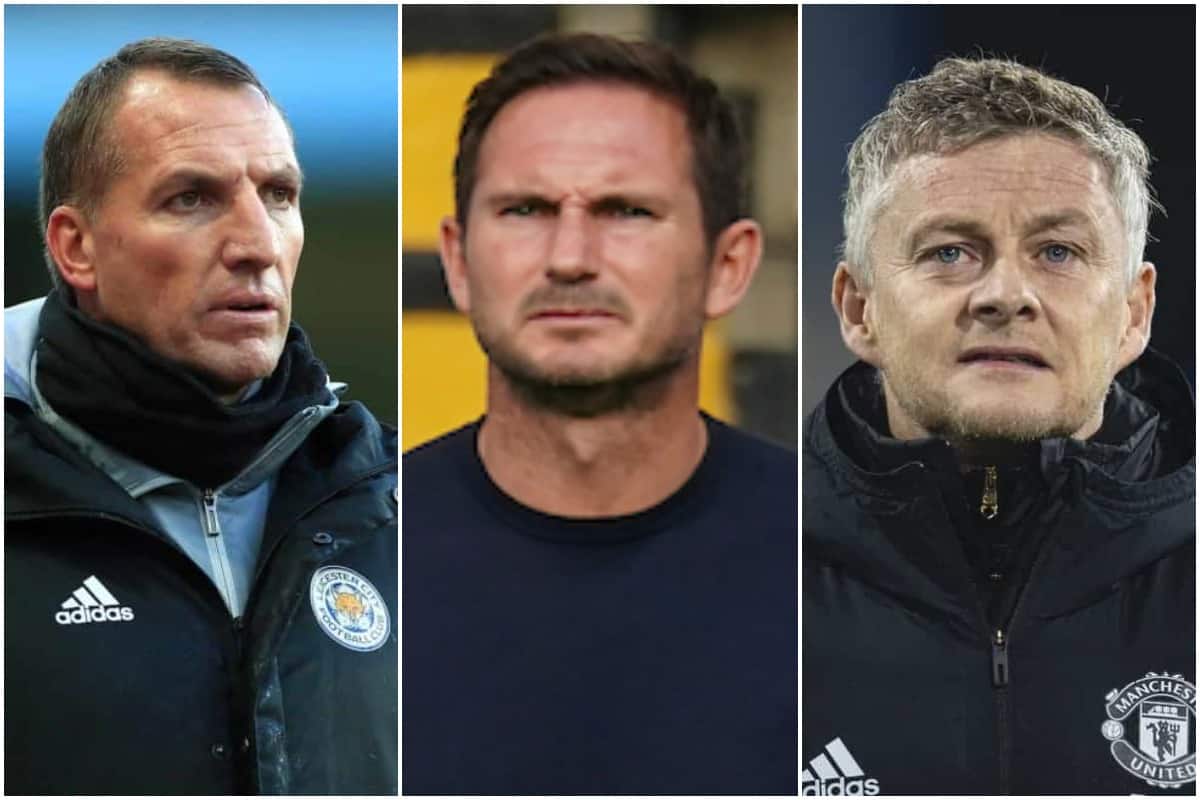 Liverpool aren’t in action until Sunday, but the Boxing Day fixtures in the Premier League had happy outcomes for those of a Red persuasion.

Jurgen Klopp‘s team were top of the table over Christmas for a third year running, with a four-point cushion meaning we’d be top at kick-off against West Brom regardless of results elsewhere.

Even so, with all four of the teams directly below the Reds in action on Boxing Day, the expectation would be on a bunching-up at the top of the league table, putting the pressure on the Reds to win at Anfield 24 hours later.

Instead, what we’ve seen is perceived title rivals handing Liverpool a late Christmas present, with all three teams in action so far having dropped points.

In the day’s early kick-off, second and third fought out a draw, with Leicester twice coming from behind against Man United, with the spoils shared in a 2-2 draw.

That means that the Foxes remain three points behind the Reds having played a game more, while Ole Gunnar Solskjaer’s in-form side are four adrift of the champions after 14 games apiece.

Later on, fifth-place Chelsea travelled to Arsenal who have been utterly woeful this season – without a league win in seven – and a victory for Frank Lampard’s team would have put them second.

They, too, failed to find a much-needed three points, with an abject Chelsea soundly beaten 3-1 by the Gunners – who themselves rise to the heady heights of 14th in the table.

The other top-five team in action on Saturday night are Everton, with Carlo Ancelotti’s side away to Sheffield United at 8pm.

Whether Reds fans genuinely consider any of those teams to be title ‘rivals’ is up to each individual, but they certainly remain the closest challengers in terms of league positions and points.

More realistically over the longer term, Man City will still be the biggest threat to retaining the Premier League trophy, but they spent Christmas in ninth position, eight points off the pace with a game in hand.

Pep Guardiola’s team face Newcastle United at the same time as Everton are in action – the Toffees will go second if they win and stay fourth if they draw, while City will rise to a maximum of fourth with three points and stay in ninth with a point.

Either way, a Sunday evening win for Klopp and his players would put Liverpool a minimum of five points clear, further extending the gap between the best and the rest.

UPDATE: Man City and Everton both picked up three points in the late kick-offs – our Merseyside rivals are up to second, two points behind the Reds, with City into fifth a further three points back.

Let’s make it 67 in the league unbeaten at Anfield!