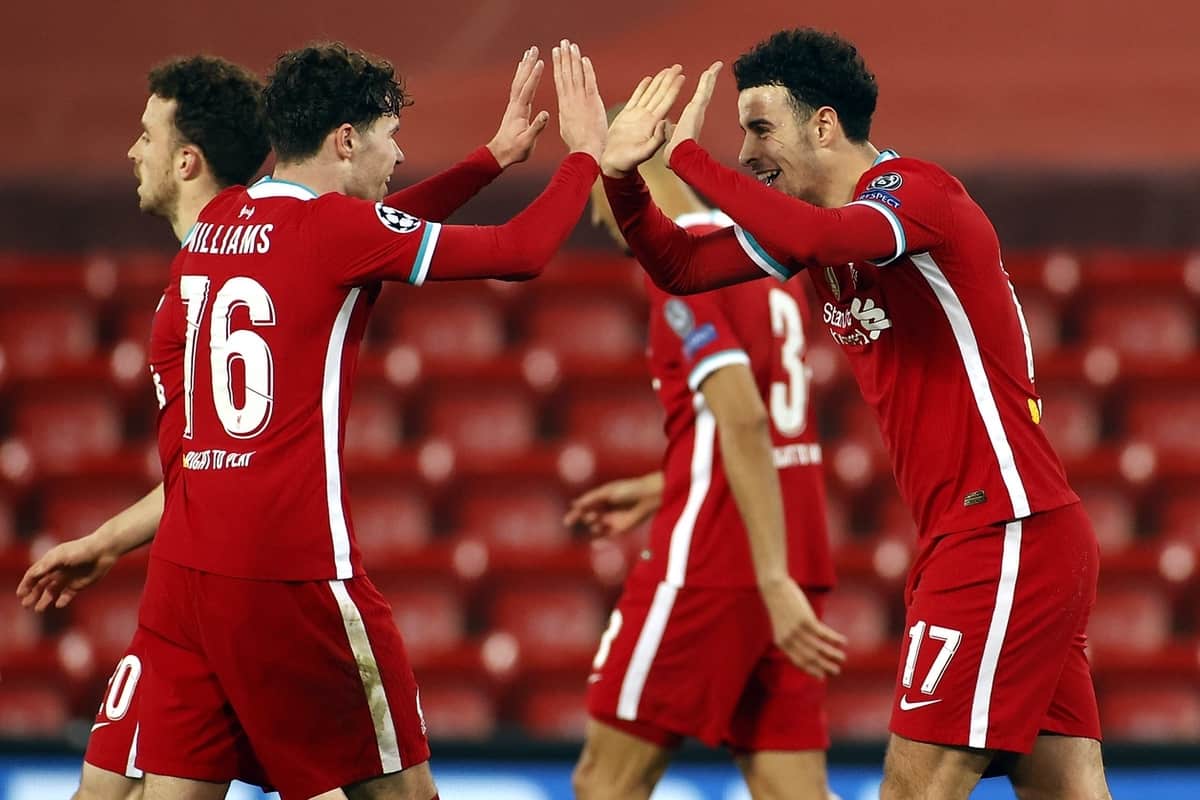 Curtis Jones and Caoimhin Kelleher were highly impressive in Liverpool’s 1-0 win over Ajax on Tuesday night, but Diogo Jota was strangely ineffective.

The Reds just needed a draw to make it into the Champions League knockout rounds, but a dangerous, in-form Ajax side would pose a threat at Anfield.

A cagey first half saw Jones hit the post with a curled effort, while Kelleher shone in place of the injured Alisson.

The match was decided by Jones’ well-taken goal before the hour mark, as the 19-year-old latched onto Neco Williams‘ cross.

Liverpool’s win means Jurgen Klopp‘s men are into the last-16, topping Group D in the process.

Here we compare our player ratings with those from the Liverpool Echo, the Mirror, the Independent, FotMob and the TIA readers. 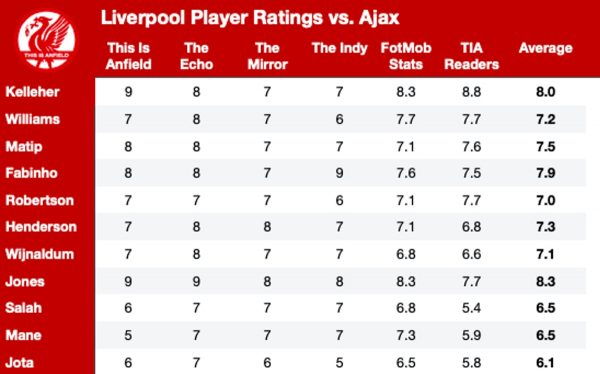 Jones (8.3) was deemed Liverpool’s star performer overall, on a match-winning evening for the midfielder.

Not only did he take his goal well, but his all-round performance caught the eye, whether it be his work rate or quality in possession.

TIA’s Henry Jackson described it as a “highly impressive outing” for Jones, while Ian Doyle of the Echo thought he was “outstanding.”

Kelleher (8.0) was in second place, as he enjoyed a Champions League debut to remember in the Liverpool goal.

The Independent‘s Karl Matchett hailed the 22-year-old’s “great late save” to deny Klaas-Jan Huntelaar, topping off a great night.

Meanwhile, David Maddock of the Mirror felt Kelleher “looked confident” throughout the evening, arguably looking a stronger option than Adrian.

In third place was Fabinho (7.9), with Jackson claiming the Brazilian is “one of the most intelligent players Liverpool have” and Matchett lauding “several important blocks and interceptions.”

It was a rare off-night for Jota (6.1), who took home the wooden spoon after a disjointed showing in a central role.

Maddock said it was “far from his best game” and FotMob pointed out that he didn’t create a chance at Anfield, or have a single shot.

Liverpool have a welcome five-day break before their next game, with Wolves heading to Merseyside for an important Premier League clash on Sunday evening.