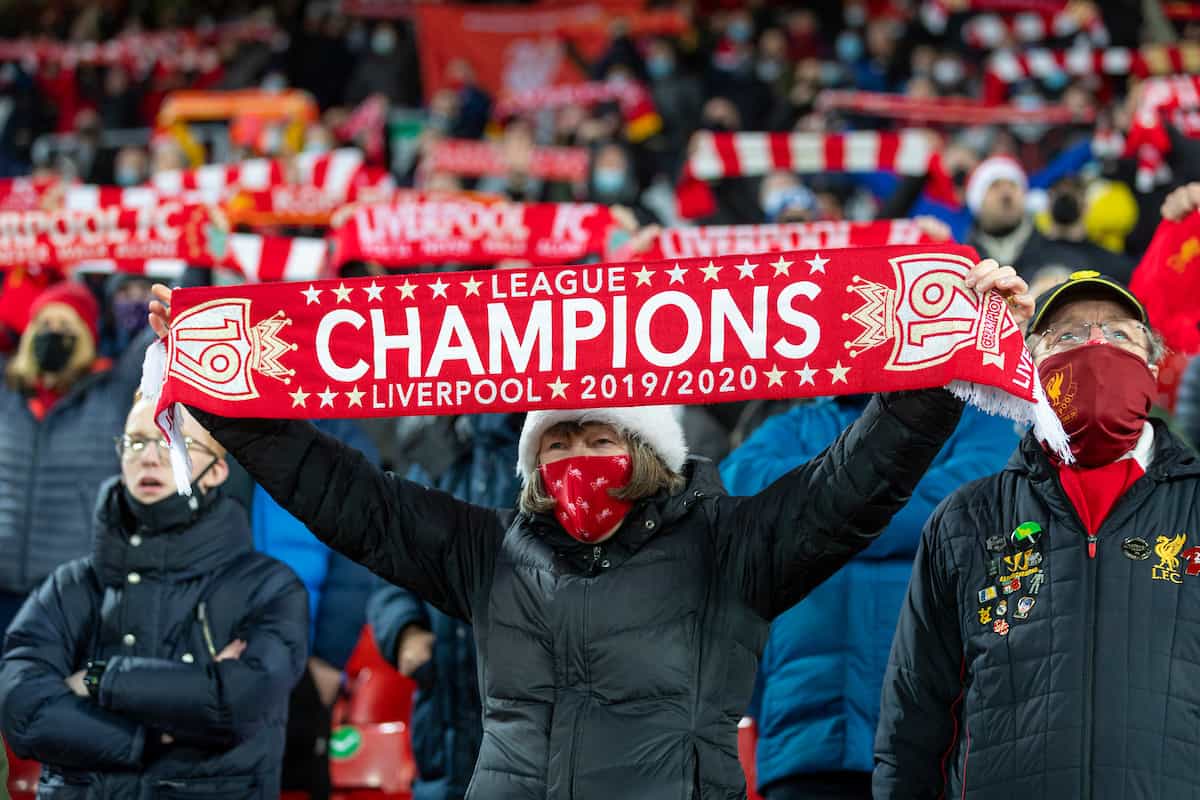 The city of Liverpool remains in Tier 2 after the latest government review, leaving the Reds as one of just a quartet of clubs who are allowed fans into matches.

Anfield has welcomed back 2,000 fans for each of Liverpool’s last two home matches, witnessing victories over Wolves and Tottenham – a huge improvement on the sterile past few months of empty grounds around the country and the Continent.

However, all locales are subject to ongoing reviews depending on local transmission rates of coronavirus and several new cities have been placed back into Tier 3 restrictions this week.

With Tier 3 comes the removal of supporters being allowed into stadiums – or indeed people in general gathering in most indoor public settings – and thus likes of London teams will now not be allowed 2,000 supporters for their upcoming games.

Over the festive fixtures, only four clubs will be allowed to host supporters: Liverpool and Everton on Merseyside, with Brighton and Southampton on the south coast.

While having fans back in for the past two home matches has been a big step forward, a quirk of the upcoming fixtures means that Anfield will only play host to fans once more across the next month in any case.

The next games for Jurgen Klopp‘s side are:

With reviews ongoing every two weeks, the next reassessments will fall on 30 December and 13 January, according to inews.

That means January’s first revision and the Tier in which Liverpool is placed will determine whether supporters are allowed into the crunch clash at Anfield against Manchester United (17 January) as well as the home game against Burnley (21 January).

There is potentially an FA Cup fourth-round clash to factor in too, should the Reds progress past Villa.

That would then take us into February, by which time the landscape could yet have changed an awful lot once more, with mass testing and the gradual rollout of the coronavirus vaccine hopefully having started to take effect.