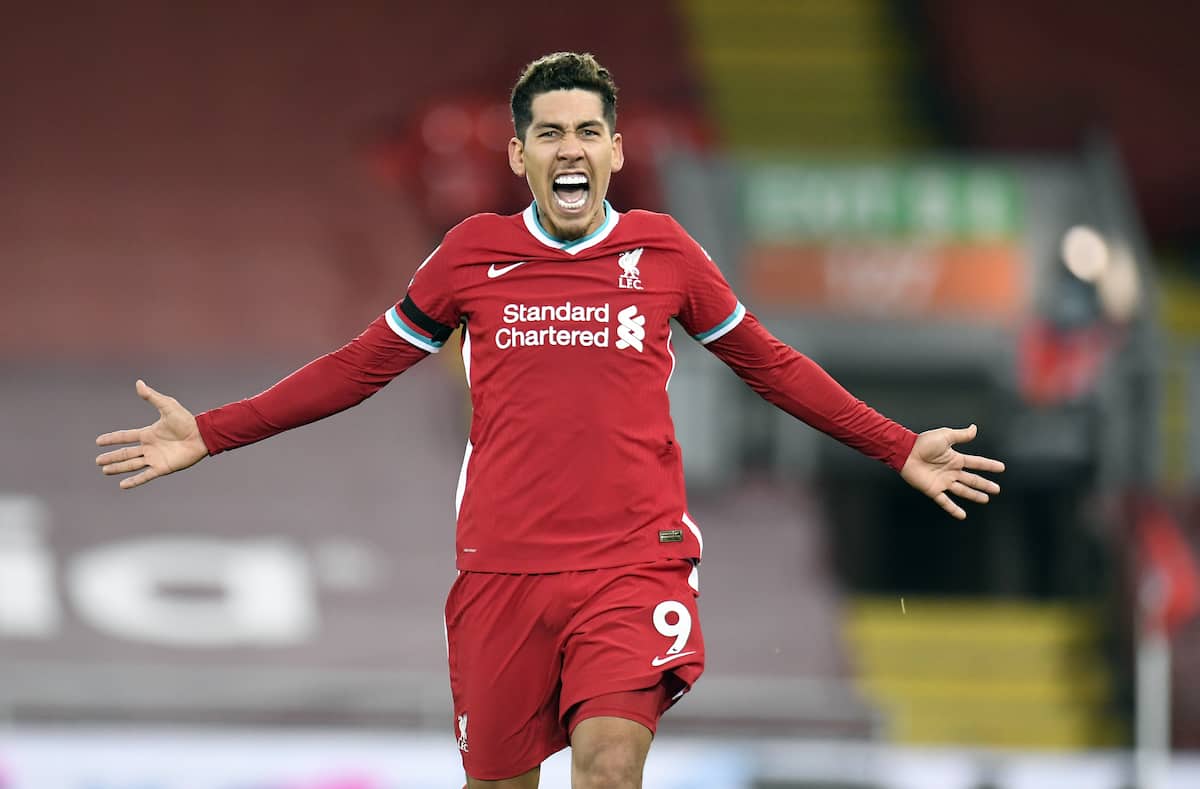 Liverpool were superb and deservedly won the top of the table clash against Tottenham, thanks to a last-minute winner from Roberto Firmino.

With Joel Matip again suffering from injury, it was 19-year-old Rhys Williams who got the nod alongside Fabinho for his Premier League debut.

Aside from that, it was unchanged from the team that drew at Fulham on Sunday – mostly due to no other options, with eight first-team players out injured.

With 2,000 fans in attendance, there were banners on display and a minute’s applause in memory of former manager Gerard Houllier, who passed away this week aged 73. 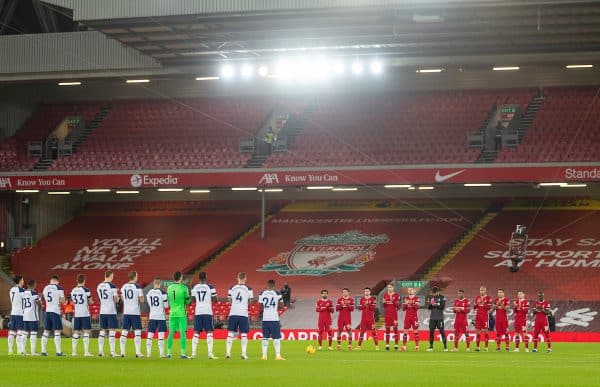 On the pitch, Liverpool started well and dominated the early exchanges. Predictably, Jose Mourinho’s side sat deep and looked to frustrate the Reds – midfielders Sissoko and Hojberg also had their share of snide, late challenges in midfield.

Roberto Firmino tested Hugo Lloris with a header from an Andy Robertson free-kick, then it was the same man assisting for Mo Salah to have an excellent chance but his shot was straight at the ‘keeper.

And Liverpool deservedly took the lead shortly before the half-hour, with Salah‘s shot taking a deflection and looping over Lloris into the Kop net.

Curtis Jones was superb in the creation of the goal and the young midfielder almost got a goal for himself minutes later, cutting inside but not quite finding the far corner.

Liverpool were playing some lovely stuff, and Salah in particular was causing problems. The Reds were certainly on it as they looked to go clear at the top of the league. ‘Champions, Champions’ was the chant from the Kop.

But there was a sting as Spurs equalised with their first attack of the game, Son Heung-Min firing past Alisson on the counter-attack.

Liverpool completely controlled the first-half for all-but 10 seconds but were level at the break.

Again Liverpool dominated from the off in the second half, but without really threatening – and it was Spurs who should have gone ahead on the hour when Steven Bergwijn put a good chance against the post, then Harry Kane fluffed a free header from the resulting corner.

That double chance for Spurs was against the run of the play, coming amidst a five-minute spell where Liverpool had 86 percent of the possession.

A superb interception and pass from Williams set Salah away but his right-foot shot was weak and easily saved.

Liverpool were superb in preventing Spurs any counter-attacking opportunities and patiently probed a winner of their own.

That winner finally arrived in the final minute when Roberto Firmino rose and superbly headed home Andy Robertson‘s corner in the 90th minute.

The win puts Liverpool three points ahead of Tottenham at the top of the league. A massive victory.