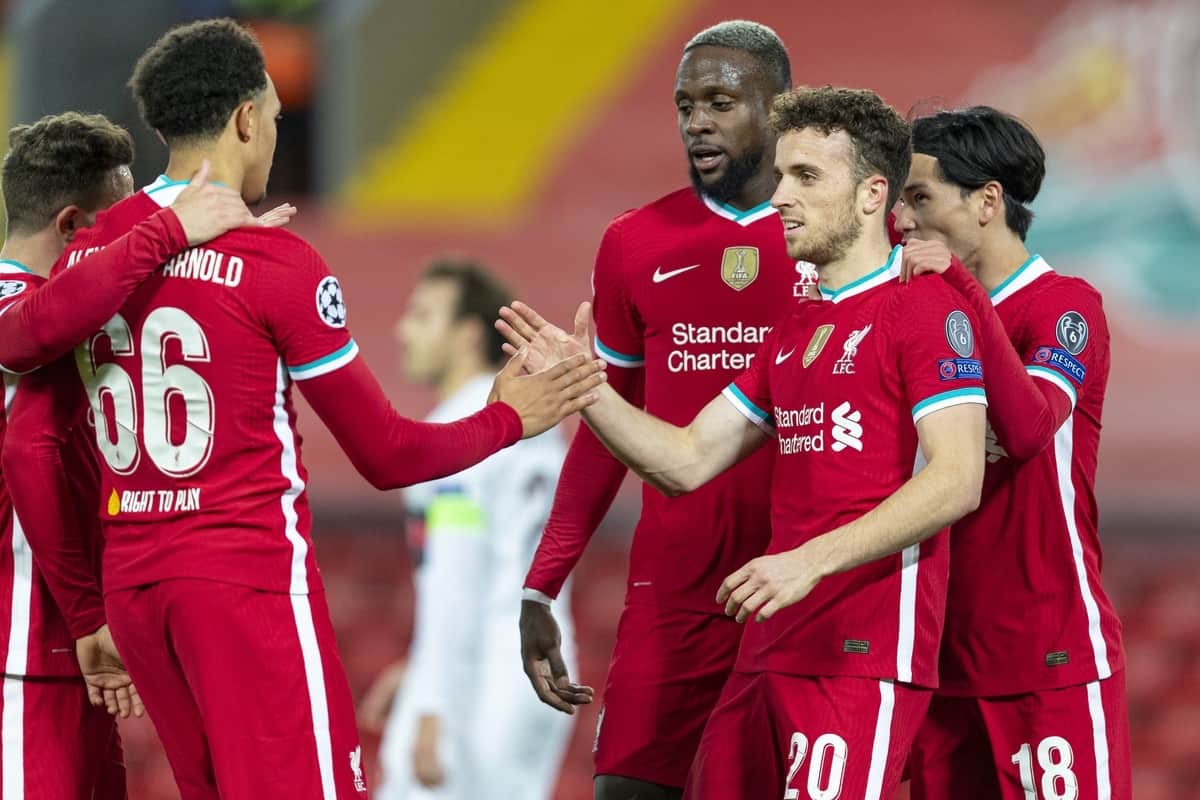 Liverpool meet Midtjylland in the final battle in Group D in a dead-rubber clash having already secured their place in the last 16 of the Champions League.

The trip to Denmark for the Reds is one to be taken without significance resting on the result having got the job done in the first five group games.

A 1-0 win over Ajax at Anfield was the one which ended Jurgen Klopp and co.’s flair for the dramatics on the final day of Champions League action, providing the manager with the rare opportunity to make wholesale changes.

Regardless of personnel, the Reds head into the fixture with the wind in their sails following a memorable 4-0 win over Wolves which was witnessed by 2,000 Reds as fans returned to the stadium for the first time since March.

Midtjylland themselves have little to play for, with the exception of pride, having picked up just one point in five games to dash their hopes of progression or a place in the Europa League.

Further debuts in the competition could be on the cards for the Reds in what is essentially a free-hit for Klopp’s men during a relentless festive fixture list.

The Reds will not see any further additions to personnel then that was available against Wolves, with the likes of Alisson, Thiago, James Milner and Xherdan Shaqiri still out of action.

Alex Oxlade-Chamberlain was present during the Reds’ session on Tuesday but is unlikely to play a part on Tuesday as he continues to get back into the swing of things following a lengthy layoff with a knee injury.

Importantly, there were no new concerns to emerge from the latest victory to leave Klopp with a host of options at his disposal, nameably injecting more minutes into the legs of Naby Keita and Trent Alexander-Arnold.

The pair made their successful return off the bench on Sunday and could be members of a much-changed side after Klopp hinted at rotating his squad in light of the hectic schedule gone and the one still on the horizon.

Gini Wijnaldum is all but certain to get a rest after playing 421 minutes of the last 450, presenting an opportunity for the likes of Leighton Clarkson and Jake Cain to make their Champions League debut.

Rhys Williams, Billy Kouemtio and Kostas Tsimikas are the options in defence should Klopp want to make a number of changes in that department.

Liverpool met the Danish outfit on the second matchday in Group D, when a Jota strike and a penalty from Salah clinched all three points at Anfield back in October.

Since that meeting, Midtjylland have picked up just one point in Europe and have won three of their five league games – results which have them sitting at the top of Danish Superliga by a margin of two points.

On Saturday, the hosts were 2-0 victors away to Vejle Boldklub in what was their 11th top-flight game of the campaign.

The matchup which came before, however, was where they picked up their first and only point in the Champions League in a 1-1 draw at Atalanta – setting up a tantalising finish for the Italians.

While Midtjylland are out of the running for the last 16 and the Europa League, just one point separates Atalanta (8) and Ajax (7) when they meet on Wednesday evening in the early kickoff spot.

Klopp’s men could set yet even more club records should they take all three points back to Merseyside on Wednesday night.

It would take their tally in Group D to an impressive 15 points, a haul never achieved by the Reds in the Champions League – surpassing the current best of 14 set in 2008/09.

It would also signal the fifth win in the group stages, with four the previous best, while three successive wins on the road in the competition has not yet been accomplished in 16 previous attempts.

While a much-changed side is expected, the desire to win is unquestionable and you wouldn’t put it past this side to rewrite the club’s record books once more.

Speaking in his pre-match press conference, Klopp was eager not to dismiss the threat of Midtjylland as he anticipates a “difficult” test:

“It will be difficult because Midtjylland is much better than the table shows, when you analyse you see how good they are and how they grew in the competition without getting points.

“But it’s a strong group and so it was difficult for Midtjylland, but I’m sure they will give us a proper fight and we have to be ready for that. 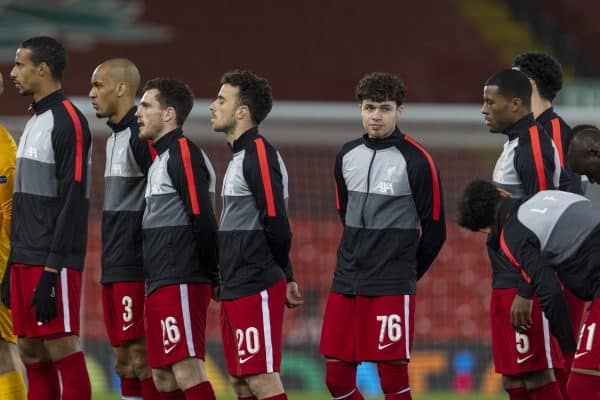 Midtjylland vs. Liverpool will be shown live in the UK on BT Sport 2, with coverage starting at 5.30pm (GMT) ahead of the 5.55pm kickoff.

Chris Williams will be at the helm of This Is Anfield’s matchday liveblog, providing regular updates on all the action from 5.10pm.