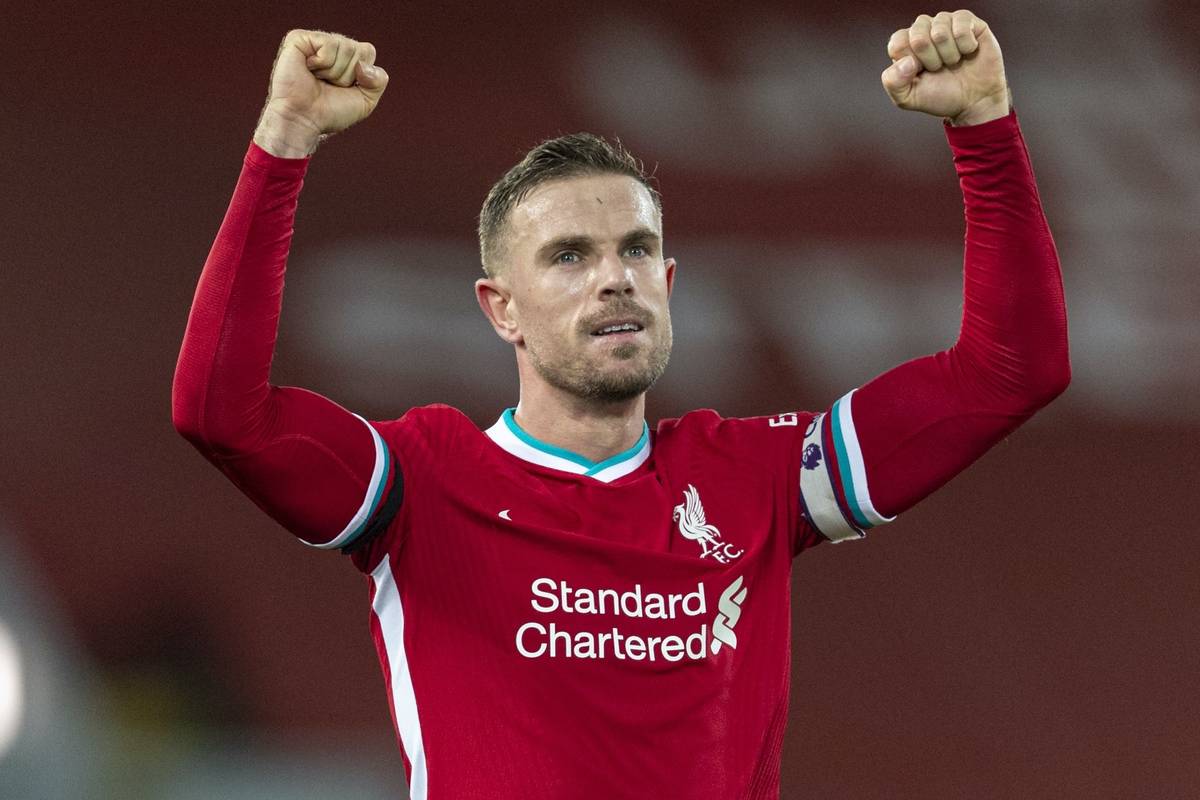 Jordan Henderson will have the support of his former national team boss Roy Hodgson on Sunday when the BBC Sports Personality of the Year is announced and the Crystal Palace boss says the midfielder deserves a statue outside Anfield.

The England international is an outsider to land the award, as the other sportspeople in the running are Lewis Hamilton, Hollie Doyle, Ronnie O’Sullivan, Tyson Fury and Stuart Broad.

Henderson led Liverpool to their first league title in 30 years this summer, after playing an integral part in their 2019 Champions League triumph, to cap a drastic turnaround in his fortunes on Merseyside after a tough start to life following his move in 2011.

On Saturday the 30-year-old will aim to disappoint his ex-England manager Hodgson by helping the champions clinch victory at Palace, but a day later he will have the support of the experienced boss.

“He’s an exceptional player, one who works exceptionally hard at his game and one who has got consistently better,” Hodgson said.

“In 2012, when he’d just moved to Liverpool, we took him with us for his first England trip in the Euros to Poland and Ukraine. He was a very different player to the one he is today.

“He’s worked so hard on his game to become the lead figure at that club. He works hard on his game technically and tactically as well. I’d certainly support his candidacy for BBC Sports Personality of the Year.

“I tend always to vote for football people because that’s my world and I know the people in football, so I’m pleased he’s nominated and I wish him all the best for that.

“Certainly a lot in his life will be of a very high standard at the moment in terms of his satisfaction because to lead Liverpool to their first trophy after so many years and to do it in such spectacular fashion, that’s already guaranteed his statue outside Anfield one day.”

The achievements of Jurgen Klopp’s side have seen many earn accolades, with the German named Best FIFA Men’s Coach for a second time in two years on Thursday.

It has seen comparisons drawn between Liverpool’s great sides of yesteryear when they were a trophy-winning machine in the 1970s and 80s and this current well-oiled side.

Hodgson, who had an ill-fated six-month spell at Anfield a decade ago, was not keen to get involved in such debates ahead of their lunchtime meeting.

“Liverpool in the ’80s were a wonderful team and you can’t really compare – the danger with comparisons is always the distance. In the past it gives it a bit more of a magical appeal,” the 73-year-old added.

“They were two fantastic Liverpool eras and the last one went on for a very long time. The team that Bill Shankly started was carried on by Bob Paisley and Joe Fagan and was unbelievably successful.

“I’m sure Liverpool are hoping this next era is going to be just as successful. In terms of quality, the 80s team and the 2019 team, you are talking about two first-class sides.”