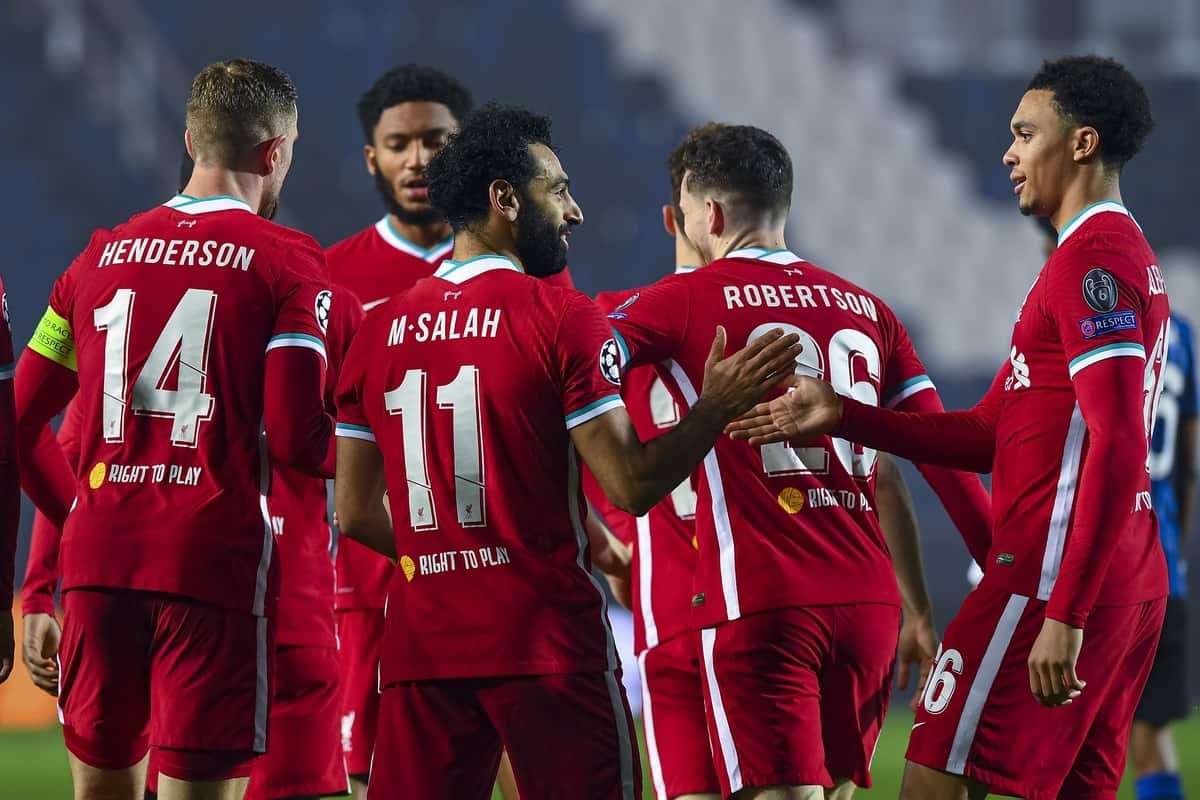 Salah leapfrogged Steven Gerrard with his 22nd goal in 39 games in the Champions League, having scored one more than the legendary midfielder in 34 fewer appearances.

His strike against Midtjylland was also the fastest scored by a Liverpool player in the competition, having found the back of the net in 55 seconds, with these just the latest records broken by the No. 11.

The Egyptian is committed to Liverpool until at least 2023, and at 28 seemingly still has years left at his prime, suggesting he can extend his lead at the top of the club’s Champions League goalscorers list by a wide mark.

Twenty-five more goals would see him move into the top 10 of the Reds’ leading scorers of all time, too, moving ahead of John Barnes, Jack Balmer, Ian St John, Dick Forshaw, Jack Parkinson and Sam Raybould.

That will be his focus as he continues to fire Liverpool to glory, with Salah telling BT Sport after the draw in Denmark that he is “trying all the time to score.”

“It’s a great feeling, of course, to be the top scorer in the club’s history [in the Champions League],” he said.

“It’s something I’m proud of. But I need to keep going like that, scoring more goals and make the gap maybe bigger between me and the others.

“I’m trying all the time to score goals just to help the team to win games, that’s the most important thing.” 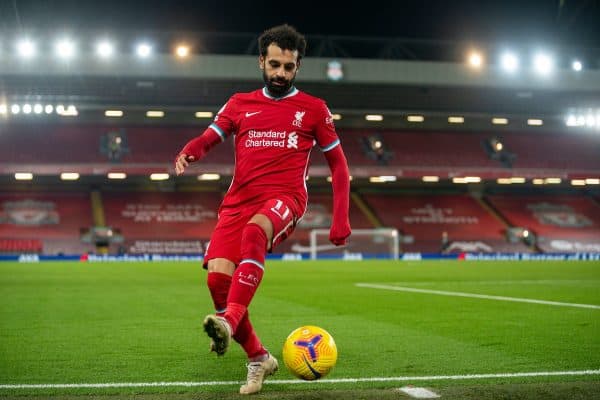 Salah was asked to reflect on a strange year not only in football but in all aspects of life, and focusing on the Reds’ campaign he admitted it was “tough” but that he is “looking forward” to the challenge ahead.

“It’s tough for everybody to be fair. Not just us, for all the teams,” he continued.

“But it’s harder for us because we fight for everything.

“It was a strange year, everyone can see that, but the most important thing is we are in December now, so the year has kind of passed!

“We are looking forward to the competition for the Champions League‘s next round, and the Premier League as well.”

While Salah may not break into that historic top 10 this season, he will likely move above Barnes, Balmer and St John with 13 more goals needed – though his current rate of one every game-and-a-half suggest he could fire even more.

That would play a significant role in Liverpool’s hope for success in both the league and Europe, with Salah’s push for records proving mutually beneficial.