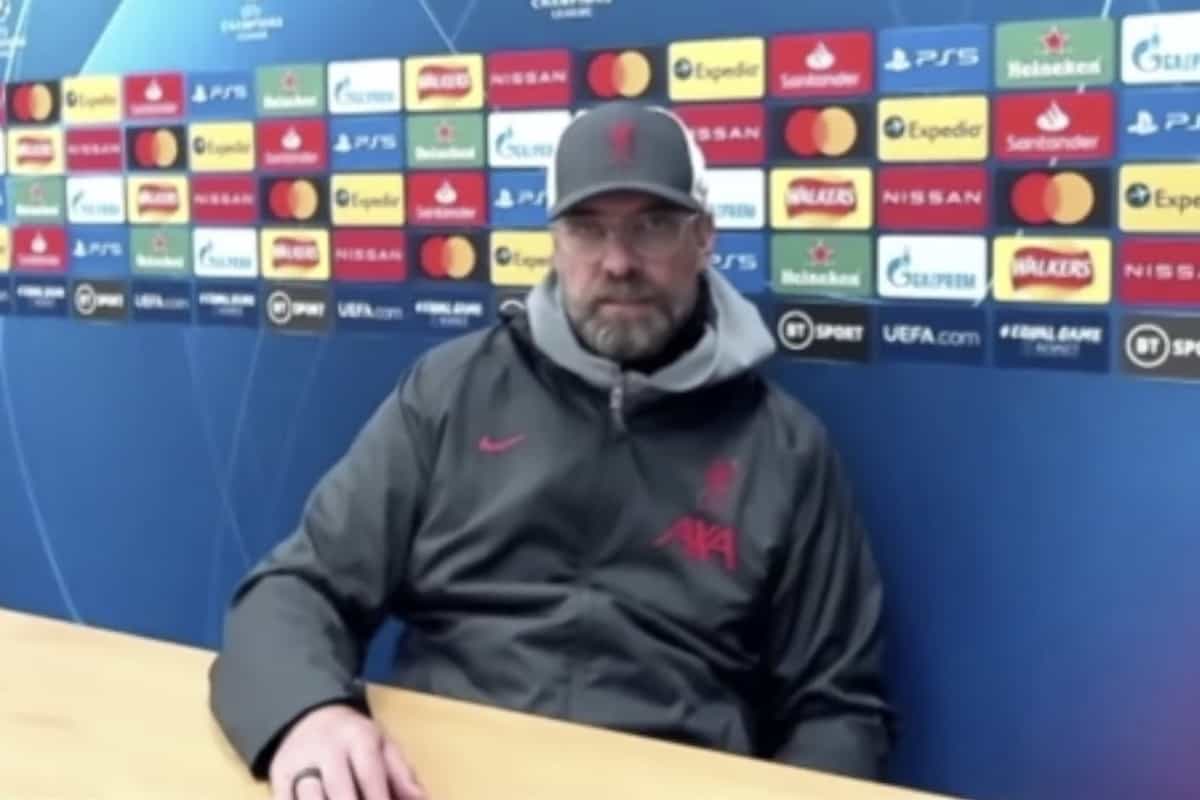 Jurgen Klopp said he was “over the moon” with the performance his Liverpool side produced as they sealed a 1-0 win over Ajax and progress in the Champions League.

Liverpool only needed a point to book their place in the last 16, but made sure of it with three as Curtis Jones scored the only goal of the game from Neco Williams‘ cross, while Caoimhin Kelleher held firm between the sticks.

Following setbacks against Brighton and Atalanta, amid an increasingly busy schedule, Klopp did not expect a side to which he had made five changes from the weekend to show their best football.

Instead, as he spoke to reporters from Anfield after the 1-0 victory, he relished their “attitude and character.”

“I’m actually over the moon with the attitude and character we showed tonight,” he said.

“That’s what it was all about, it’s not a moment of the year for us to play [free-flowing] football, especially not with an opponent like Ajax.

“We had football moments, great football moments, could have scored early, defended well which is a big part of football, had counter-attacking chances and football chances in the second half, scored a wonderful goal and had to defend with all we have.

“That’s how it is in this part of the group stage.

“For Ajax, in the game they must have thought it’s all or nothing pretty much, that’s how they changed – they had all their strikers on the pitch in the end, I think!

“So I’m very, very, very happy about the result and the performance in the circumstances. Great.” 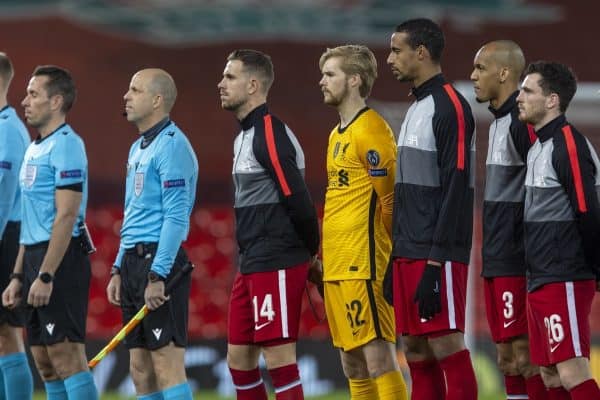 Klopp also discussed his decision to start Kelleher over Adrian in the absence of the injured Alisson, making an emphatic statement that suggested the Irishman is now his No. 2.

“It was easy to decide on Kweev, because he just deserves it,” he explained.

“But it was difficult to decide against Adrian, because Adrian did really well for us I have to say.

“A lot of clean sheets in the early season last year, Super Cup final, all these kinds of things.

“He did a really good job, but tonight we needed the package of Kweev.

“Kweev is a top talent anyway, but a really good shot-stopper and a top footballer. We needed that for the pressing of Ajax, we needed his chips in the half-spaces and these kinds of things.

“It was really good, but of course in the end it’s all about keeping the ball out of the net and he did that at least twice in an exceptional manner.

“So I’m pretty sure he will either sleep really well tonight or not at all. Hopefully, he will enjoy both!” 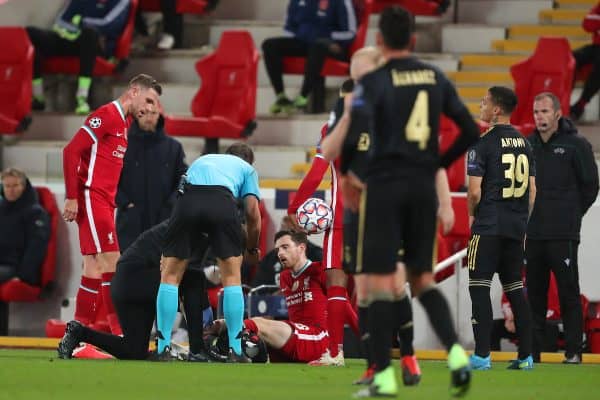 The manager also provided an optimistic update following knocks for both Andy Robertson and Jordan Henderson, but conceded that they would require further assessment ahead of the visit of Wolves on Sunday.

“They both played through so I could say [yes, they are OK]…we have two days more than we had last week until the next game,” he said.

“I don’t know, things like this show up the next day slightly different, but in the moment I’m slightly positive about it.

“But I don’t know. That’s a problem for the next few days and not tonight.”