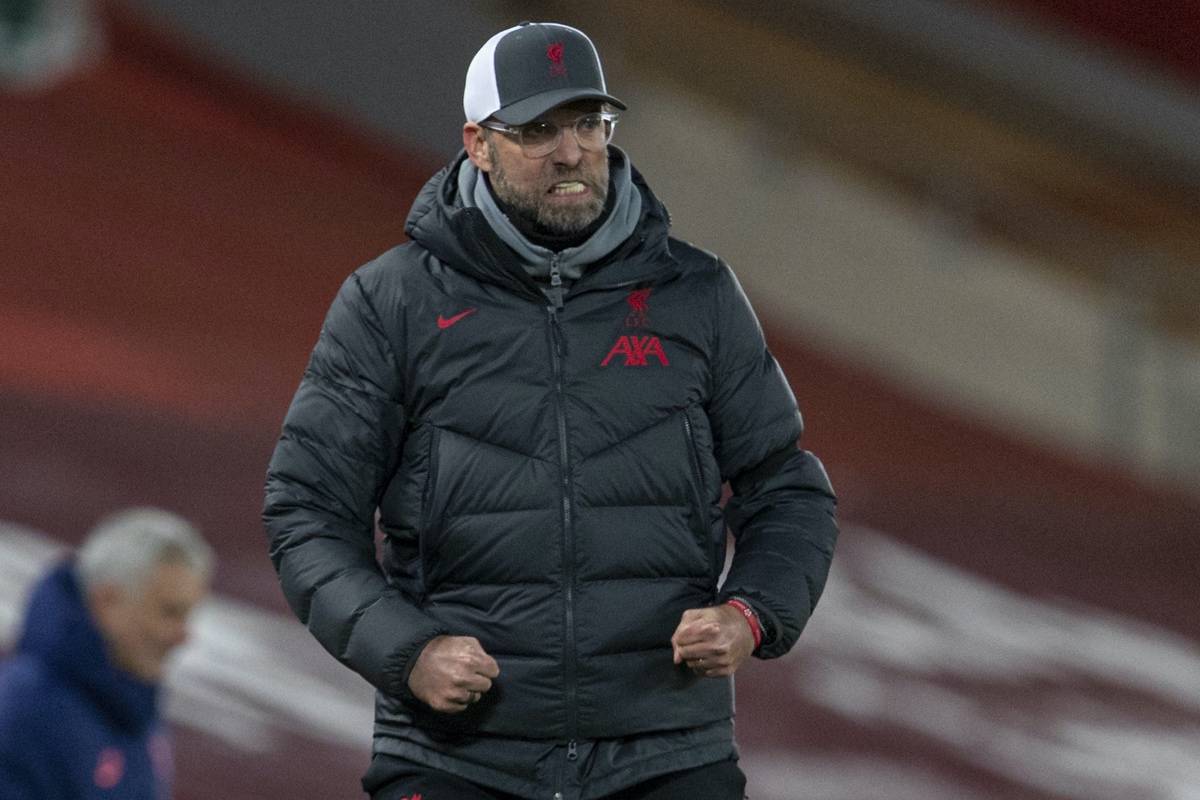 It was a case of the best team won for Jurgen Klopp in one of Liverpool’s “best performances” as they toppled Tottenham 2-1 at Anfield.

The Reds sit three points clear at the Premier League summit after both Mohamed Salah and Roberto Firmino found the net against Spurs in a performance which personified the mentality of Klopp’s side.

Jose Mourinho’s side set out as expected to absorb pressure and strike on the counter, with Heung-min Son the benefactor in the first half.

But it wouldn’t prove to be enough as Liverpool pushed until the very end to clinch all three points, ones which the Reds more than “deserved” after dominating much of the proceedings.

“Top game, deserved three points against a top side. Organisation wise it’s so difficult to play against them with the counter-attacking threat they have,” Klopp told reporters after the match.

“I really think we deserved the three points. Tottenham had chances, they scored the goal, unbelievable tight offside decision.

“We’re really not lucky with these moments at the moment and they had other chances. You cannot defend Kane for 90 minutes, Son and Bergwijn the pace they have is incredible.

“But around these moments, we were completely in charge of the game.

“We are a good football team but we are in a difficult situation and we don’t have to make a story of it.

“A performance like this on the pitch is pretty special. It gives us confidence but in 60 something hours we have to play again. We need to be ready again for Crystal Palace.

“But in this moment, I couldn’t feel better.”

Firmino scored his third of the season in the final stages in what proved to be the winner and while he has been under pressure in recent months, the manager addressed the debate and the importance of the Brazilian and his goal.

“I just hope he never doubts himself. In training, it doesn’t look like it but there’s always so much talk about it,” Klopp continued on his No. 9.

“It always feels like people are surprised. He scores goals and important ones for us.

“It’s not about who scores them. It’s only important that the ball is in the back of the net.

“How we get there is about passing, crossing and finishing it off, but also making the runs to open up the gaps and people don’t see.

“I’m not surprised and I’m really happy that he scored tonight because it was important for us and him.”