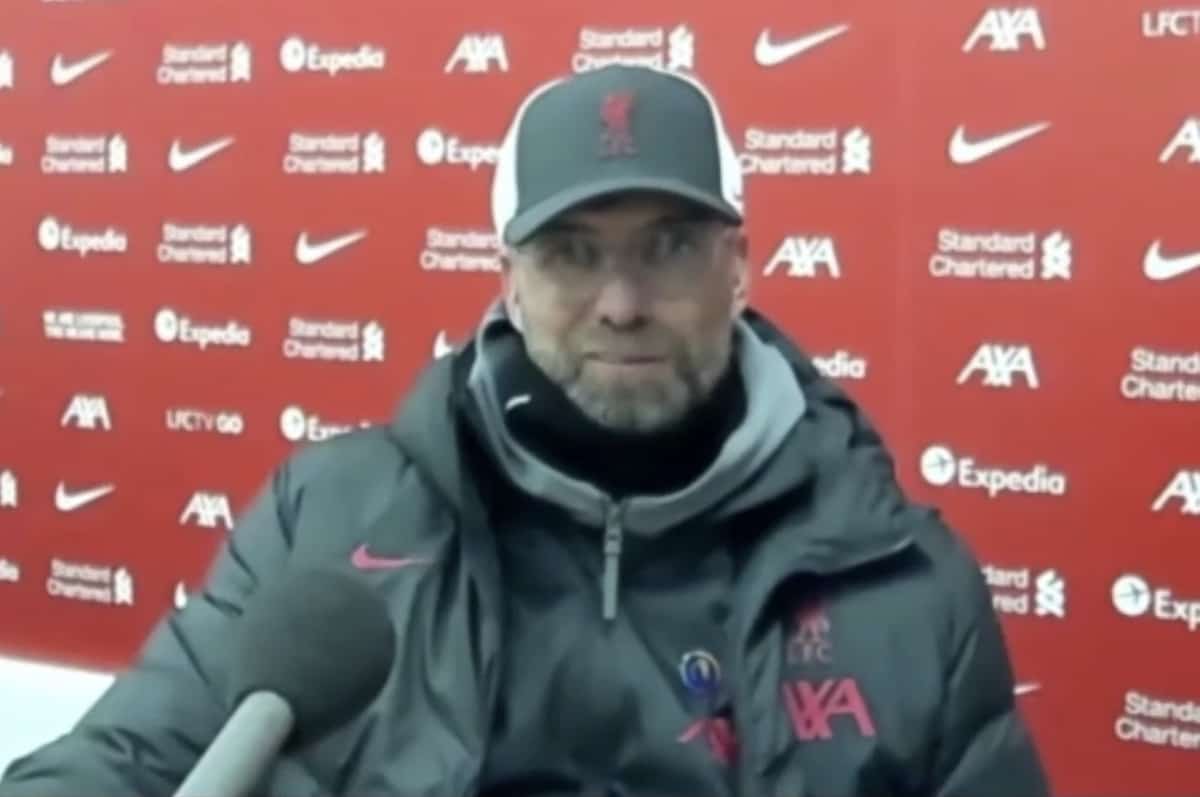 Jurgen Klopp embraced the “perfect night” as Liverpool were back in front of 2,000 fans on Sunday night, producing a 4-0 victory over Wolves in the Premier League.

Goals from Mohamed Salah, Gini Wijnaldum, Joel Matip and an own goal from Nelson Semedo clinched an emphatic win for the Reds on their first night in front of their supporters since March.

Despite there being only 2,000 fans in the ground, with 1,500 on the Kop, the atmosphere throughout was spectacular, and it clearly resonated with Klopp and his players.

Speaking to reporters in his post-match press conference, Klopp explained how important the night was.

“Having all that back without the football game would have been already great, to be honest, but thankfully we had a football game,” he said.

“When the people saw the first player, they obviously got quite noisy and so we and the rest were still in and thought ‘oh my god, that sounds really loud’.

“Then you come outside and see, not the real faces, but you see the group of real people. It was very emotional, to be honest, after 10 months without that.

“It’s just a wonderful, wonderful sign. It’s a little bit like the news of the smart people who invented a vaccine, these kinds of signs.

“Having people in the stadium is another really good sign. Hopefully everything goes well and we can build on that as a society, not only a football society.

“So that’s really nice, and the people were, on top of that, not only in the stadium but in the best shape. That was really, really nice.

“If none of my players tells me, or the medical department tells me somebody’s injured, then it was the perfect night.”