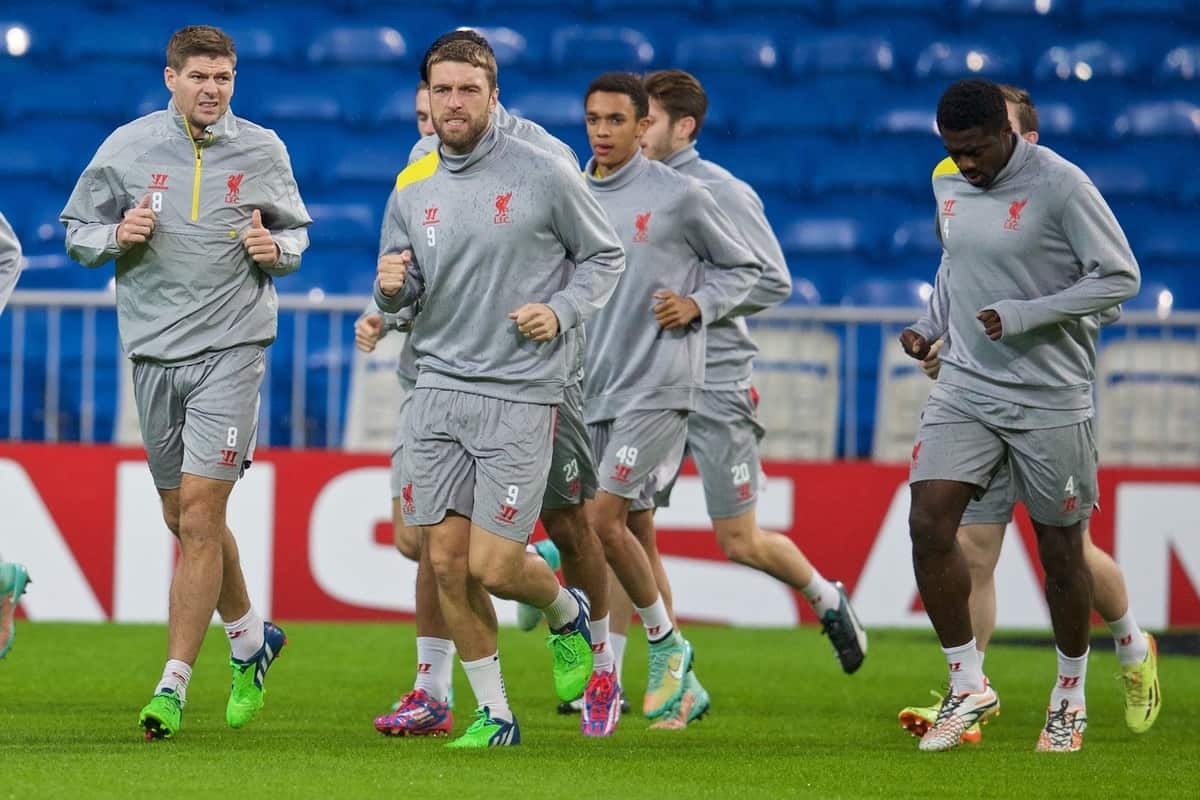 Trent Alexander-Arnold has recounted the “mad experience” which saw him plucked from the under-19s squad to train with the first team ahead of a Champions League game at the Bernabeu in 2014.

At that time, Trent had only just turned 16 and Brendan Rodgers was at the helm in what would prove to be his last full season in charge at Liverpool.

And while he is now seen marauding up and down the right-flank as a right-back, the No. 66 had started his academy career in midfield.

He had caught the eye of Steven Gerrard, who name-checked the youngster in his autobiography, after making the transition to his new role and before he ever became a breakthrough star and a first-team regular.

But the former captain was not the only one with an eye on the future, with Rodgers having cast an eye over Trent back in 2014 when Liverpool had travelled to face Real Madrid in their Champions League group game at the Bernabeu.

As part of the travelling party to Madrid for the under-19s but with no hope of playing, Trent would soon see the trip live long in his memory – but a school test almost derailed his chances.

“When we were in the Champions League. [It’s] mad, I was still in school and it’s a weird story,” Trent recounted during a deep-dive into his Instagram for England’s Youtube channel.

“I would have played with the 19s as I was with the under-19s for the UEFA Youth League, so we’d always travel out on the same plane as the first team.

“I remember Alex Inglethorpe, who was the academy director and still is, called and said that the first team were going to stay out a day after and do a training session in the morning and then fly back for the lads that didn’t play.

“We travelled and as we got to the hotel in Madrid he came up to me again and said instead of training on Wednesday [the day after the game], the manager wants you to train today with the team at the stadium.

“It was crazy because I was going from not even to play for the under-19s, I would have been on the bench, to training with the first team at the Bernabeu – which was a mad experience and good memories.”

It’s rare to think of a school test as a welcome commitment, but for Trent, it looked to have paved the way for an experience he will never forget.

The session saw Trent train alongside his hero in Gerrard and the likes of Raheem Sterling, Jordan Henderson and Philippe Coutinho – the latter two of whom would become his teammates in the senior side.

An unofficial debut would arrive the following pre-season against Swindon Town before seeing his career take flight under the tutelage of Jurgen Klopp, where he has not looked back since having become a world, European and English champion.