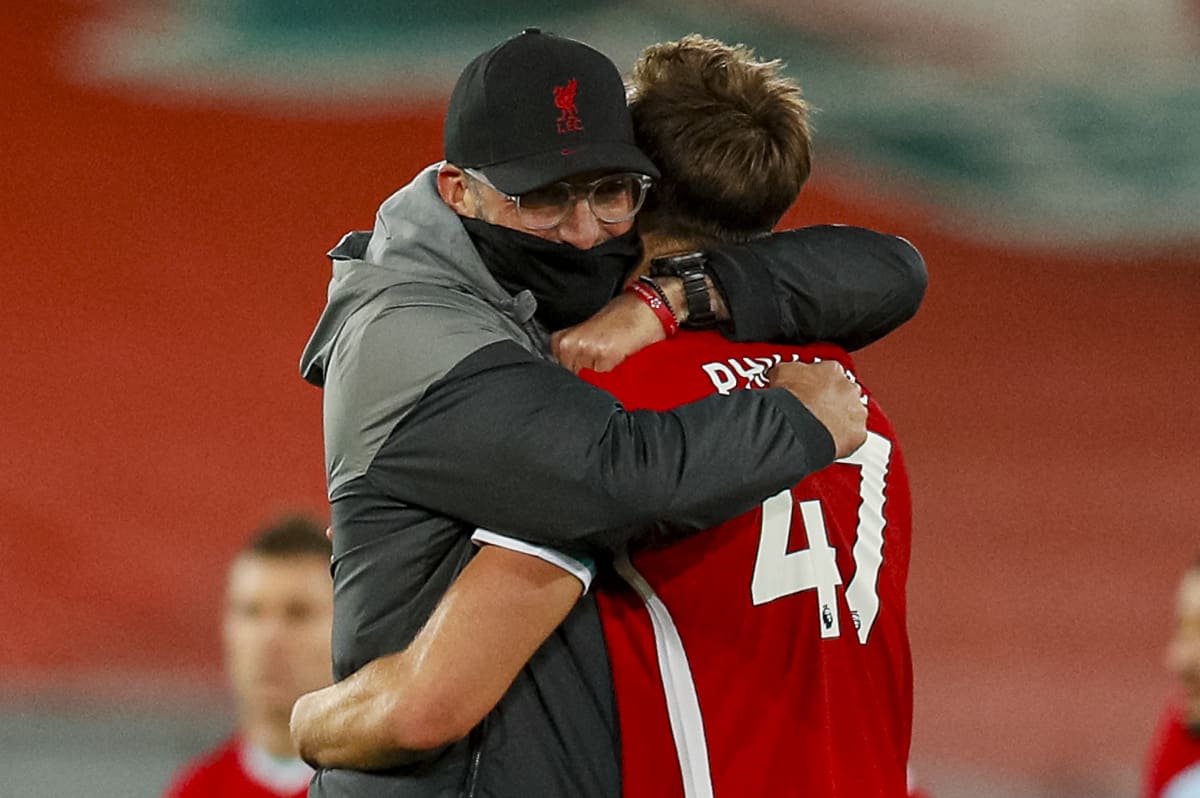 Liverpool manager Jurgen Klopp could be forced into fielding a 12th different centre-back pairing in just their 21st Premier League match this season.

Long-term injuries to Virgil Van Dijk and Joe Gomez left Klopp with the injury-prone Joel Matip as his only senior central defender.

But Matip is now sidelined as well with ankle ligament damage and will miss Sunday’s trip to West Ham.

Midfielder Fabinho has been used as a stop-gap with some success but he sat out Thursday’s win over Tottenham with a muscle problem and will not feature this weekend. 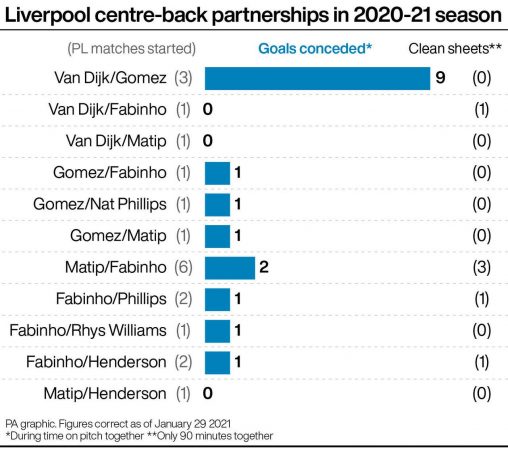 “Football is all about individual skills – we have to bring them together and we have make it work – so it’s about the structure of the team, stability, reliability, knowing what the other boy is doing in this moment so you can react or prepare your reaction,” said Klopp.

“When we speak about structure and stability that changes the whole set-up.

“Usually in football when one player has the ball all the others kind of know what will happen because they are used to it and all of that was gone in a period when we played every three days.

“The boys did really well with that to be honest but it cost a lot of focus and energy then to change all these things and adapt to all these things. That then cost us our fluidity.

“No look passes, for example, are pretty much no longer possible because you have no idea where the guy who didn’t play last week will go. That’s the situation.

“I think we dealt quite well with that so far. Maybe not in the manner people want but it’s a tough one in a strong league.

“It’s just starting new pretty often because the centre-half pairing changes so often. That’s the problem of the season.”