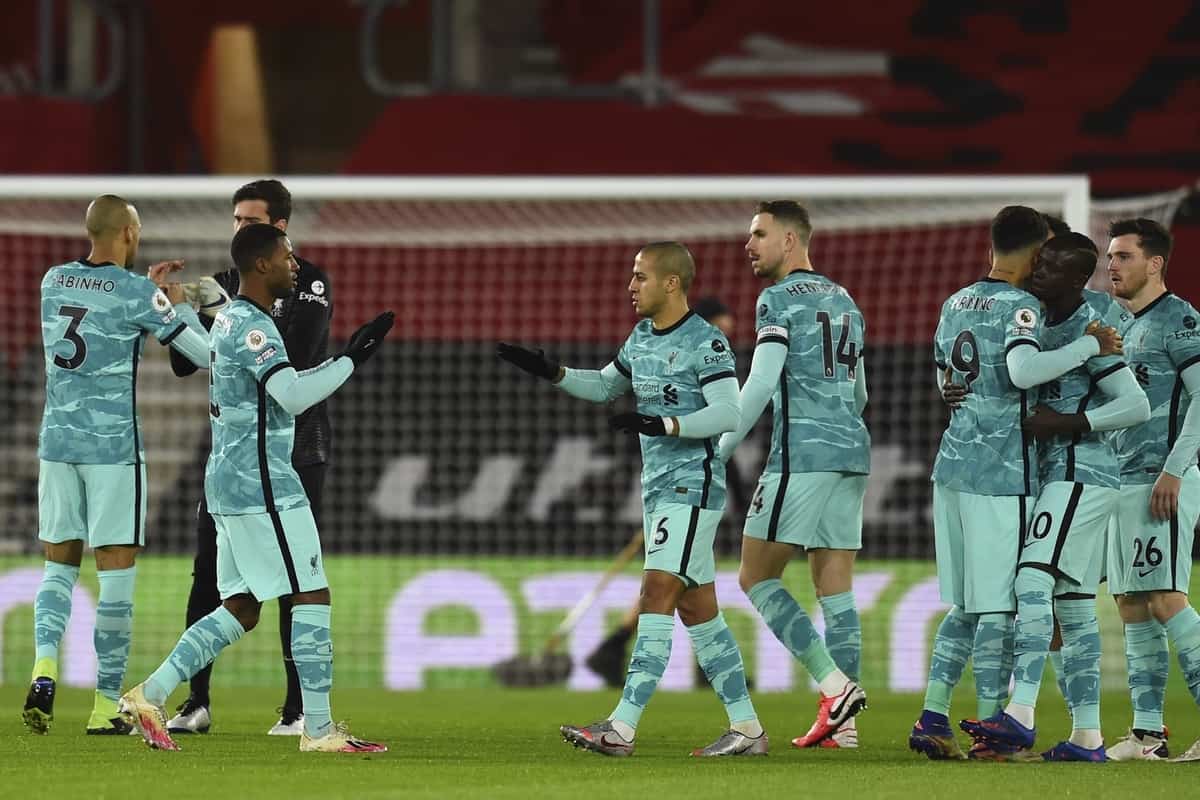 Jordan Henderson knows Liverpool need to “bounce back quickly” after a string of poor results, the most recent of which ended in a 1-0 defeat at Southampton.

The Reds have been a shadow of themselves in recent weeks, dropping seven points in their last three games to open the door to their closest rivals to take advantage.

Ex-Red Danny Ings was the villain this time as he ensured Liverpool’s away record took another hit, as while Jurgen Klopp‘s men dominated possession they were nowhere close to landing a knockout blow.

Liverpool hardly gave themselves a chance to settle after seeing the hosts land on the scoresheet, a slow start which proved damning and the captain could not put a finger on why.

Henderson did feel the second-half performance was much-improved from the one which came before but ultimately the Reds were punished for their own shortfalls.

“The start didn’t help, when we’re starting slow in games it’s not us and we’re probably seeing it too many times at the minute, so that doesn’t help,” Henderson told Sky Sports post-match.

“Second half performance was very good, but we don’t score again which the last two games we’ve had some good chances but haven’t but the ball in the back of the net so that’s another issue.

“They were the two main things.

“No [cannot put finger on slow start]. We knew they would come out fast and we knew we needed a quick start. But for whatever reason [there were] sloppy passes, causing one or two free-kicks and you get punished in this league.

The encounter saw the skipper play the full 90 minutes at centre-back which led to continued calls for Liverpool to make moves in the window, but his focus remains on turning performances around.

Klopp’s side have the luxury of two games in 13 days but the foot needs to placed on the accelerator with Aston Villa in the cup and Man United in the top-flight on the horizon.

“It’s difficult, it’s a different position,” he added. “I do my best, the manager asked me to play there and I’m just trying to do my best for the team.

“We’re frustrated, disappointed but that happens in football and it’s how you deal with it that’s the main thing.

“We’ve got FA Cup against Villa and then United in the league so we need to react quickly and bounce back quickly because the last few games in terms of results haven’t been good enough.”