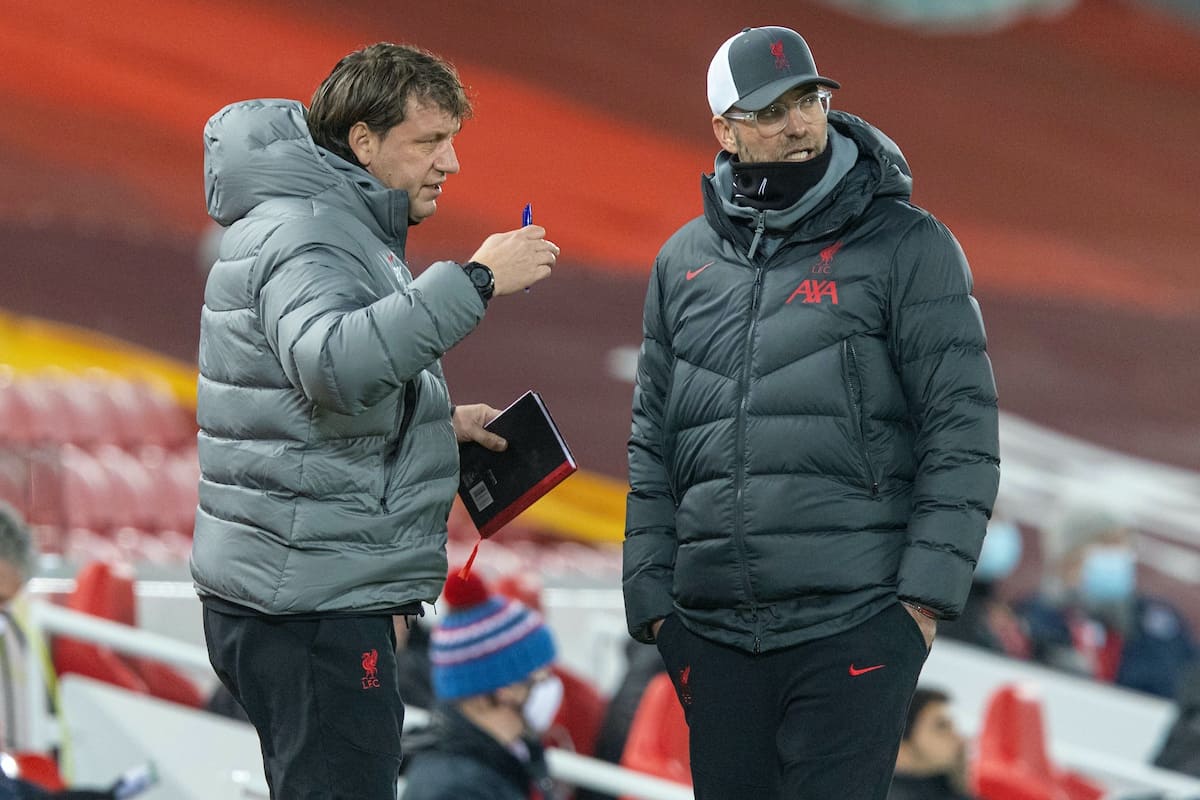 Jurgen Klopp has stressed that Liverpool “make all of our decisions for the long term,” with the Premier League title still in their sights despite a “short-term” drop in form.

The Reds head into Thursday night’s clash with Tottenham a point above Jose Mourinho’s side having played a game more, slipping to fifth in the table behind West Ham this week.

This comes on the back of a run of five Premier League games without a win, and despite an improvement in the 3-2 loss to Man United in the FA Cup on Sunday, there are clear concerns over Liverpool’s form.

Growing calls to bring in reinforcements, and namely at centre-back, have added to the pressure on Klopp this month – while there are concerns over a collapse of the Reds’ title hopes.

But speaking in his pre-Spurs press conference, the manager insisted he and his players were “giving our absolute everything this season,” but that the process remains geared towards the “long term.” 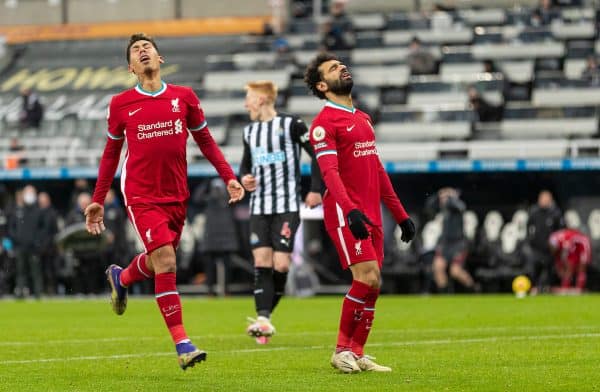 “Because results aren’t good people might say it’s worse, but that’s not true. Changes, you cannot judge them only because of the short-term result.

“We will give our absolute everything this season. It’s not about defending the title or whatever, it’s about winning football games. It was always about [this].

“This defending or attacking the title – it’s something we have to say because you ask me.

“This club and this team has the potential to fight for the title, we will see if we can make that happen, if we can get closer to there again, this year. If not we will try next year.

“We give our absolute everything this season, and especially for the next game. With all the difficulties we have, we really try all we can. And that’s it.

“We get judged for that, that’s how it is. That’s fine as well.

“I understand 100 percent if we don’t win the game people think we don’t try hard enough, but I can tell you we try hard and we will continue trying.”

This would suggest that Liverpool fans should not expect any short-term fixes in the transfer market this month, with the belief remaining that a long-term plan is more beneficial.

Klopp’s words also give perspective to criticism of the Reds’ slump, particularly in a campaign that has seen the Premier League‘s top spot change hands on a number of occasions already.