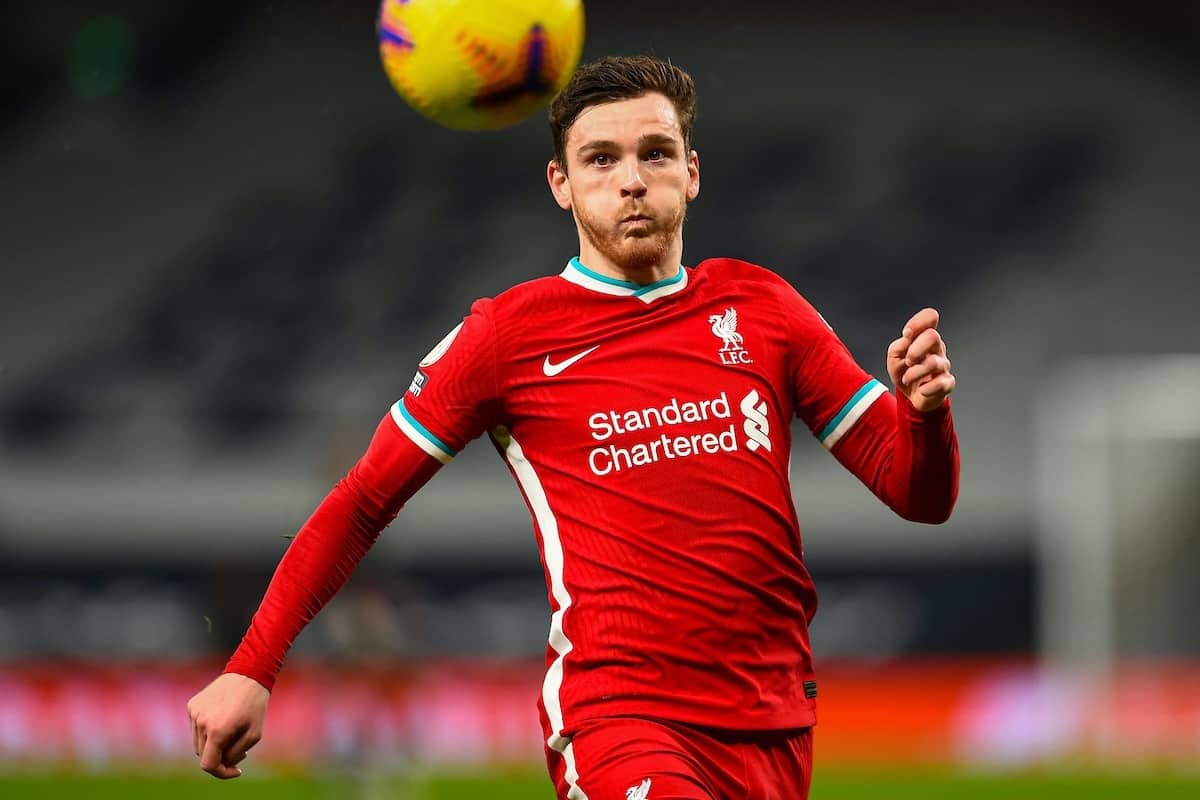 Andy Robertson has insisted Liverpool “can’t just let this be a one-off” after a 3-1 victory over Tottenham that saw Jurgen Klopp‘s side respond to the growing criticism.

Prior to Thursday night, the Reds had not won in five games in the Premier League, slipping out of the top four in a campaign in which they are expected to defend their title.

There were signs of improvement in the 3-2 loss to Man United in the FA Cup on Sunday, but Liverpool were truly back on form at Tottenham, with Roberto Firmino, Trent Alexander-Arnold and Sadio Mane scoring in a convincing win.

Suddenly, the media are heralding the champions as contenders for the title once again, which highlights the fickle nature of those ordained to scrutinise the game.

In his post-match interview with LFCTV, Robertson gave an insight into how recent criticism has fuelled Liverpool’s mindset, having “stuck together” in their bit to produce a positive run of results:

“Look, of course you get the games where it just doesn’t click, and some maybe get four, five a season but it’s spread across a season.

“Ours was, unfortunately, four or five at once, that’s why probably a lot has been said about us.

“That’s fine, we’re footballers, we know what industry we’re in and everything like that.

“It’s a unique season, really tight, we’ve seen other teams put runs together and shown where it takes us, it’s up to us to try and put one of them together.” 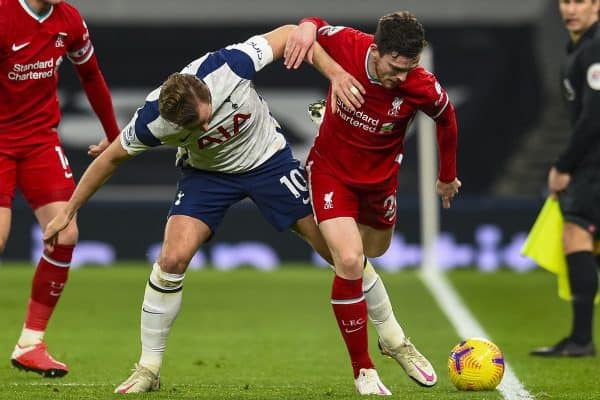 Liverpool have another tight turnaround before their next outing, which could help this time around as they take momentum into a trip to West Ham that pits the Premier League‘s fourth and fifth-placed sides against each other.

Robertson stressed the importance of following up the win at Spurs with another big display in London, saying “it needs to be a catalyst”:

“We can’t just let this be a one-off, it needs to be a catalyst to a really strong second half of the season, and it’s up to the boys in that changing room to go and do it.

“It doesn’t get much tougher than Sunday. West Ham are in a really good moment, I think six unbeaten [in the league], six wins [in the last six in all competitions], incredible.

“David Moyes has done a fantastic job, and we know what sort of game we’re in for then.

“So our mind is focused on that already and we’ll be ready to go come Sunday.”

Robertson followed this up with his message on Instagram, writing that “we’ve got a long way to go,” while Gini Wijnaldum was “very proud of our team’s motivation”:

Jordan Henderson praised his side’s “strength and character” in responding to a disappointing run with a much-needed three points:

For the three goalscorers, the sentiment was more simple, with there being a clear sense of relief within the Liverpool squad:

Liverpool now need to keep things going as, as Robertson attests, West Ham will be tough opposition at the weekend, with Moyes’ side looking to maintain their surprise top-four bid.

But after showing their mettle in victory at Spurs, the Reds can take confidence to the London Stadium again.