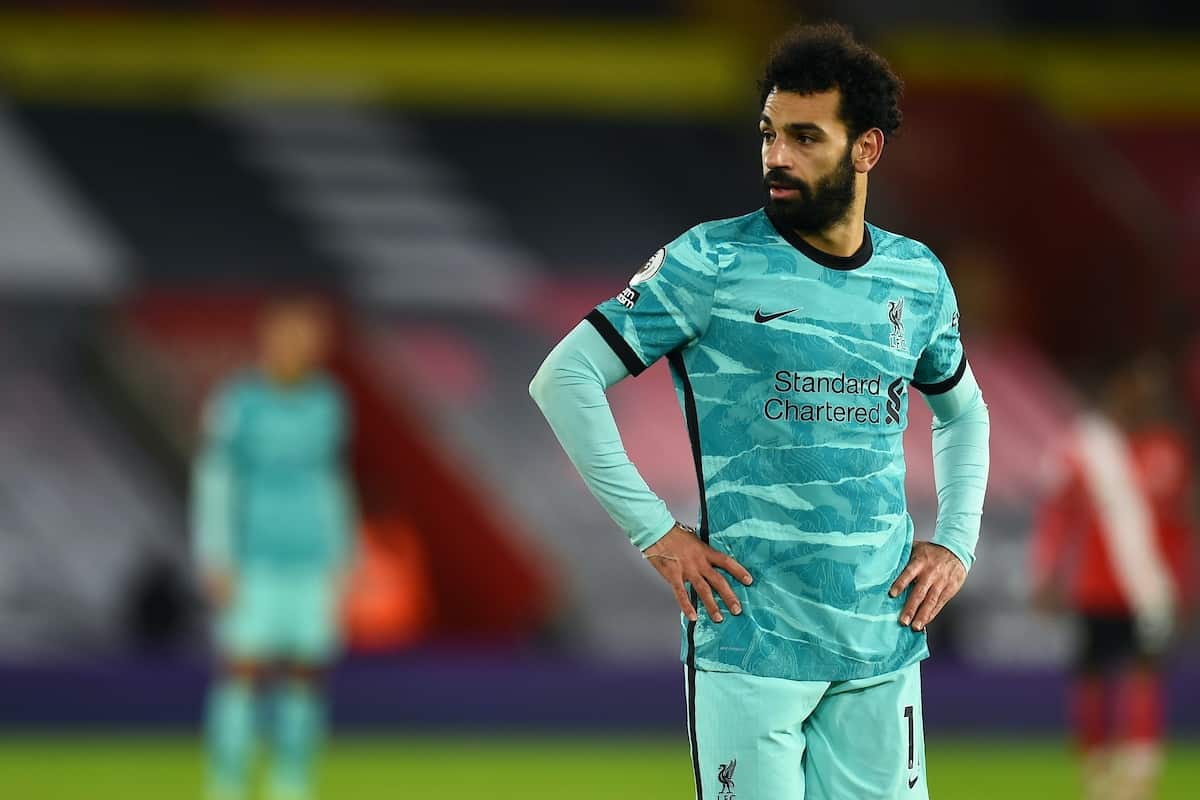 Too many Liverpool players were well off form at Southampton on Monday night, as the champions fell to a worrying 1-0 defeat.

The Reds were expected to produce a response after back-to-back draws against West Brom and Newcastle, but that didn’t happen at St Mary’s.

Former Liverpool striker Danny Ings looped an effort over Alisson to give Saints a very early lead and the hosts defended superbly for the rest of the game.

Jurgen Klopp‘s men rarely looked like finding an equaliser, despite huffing and puffing in the second half, and they cut a tired team by the end.

The defeat still leaves Liverpool top of the Premier League, but Man United and Man City can both go ahead of them if they win their games in hand. 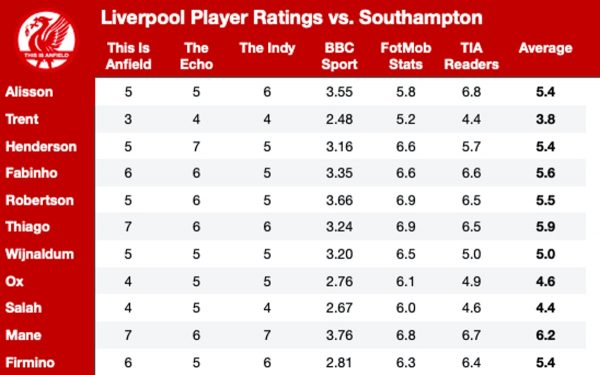 When the Reds are this poor, we have to start with the worst players!

It was a stinker of a night for Trent Alexander-Arnold (3.8), who was wretched at St Mary’s and adjudged to be at fault for Ings’ goal.

The right-back gave the ball away a staggering 38 times – the most by any Premier League player this season – and was eventually substituted.

The Independent‘s Karl Matchett feels Alexander-Arnold “remains so far below his best level,” also bemoaning his “poor crossing throughout.”

Mohamed Salah (4.4) was up next in terms of the worst performers, with the Egyptian anonymous all evening.

TIA’s James Nalton claimed Liverpool’s No.11 is “badly out of form,” like Alexander-Arnold, while FotMob noted that he completed just 61 percent of his passes.

The third-worst player was deemed to be Alex Oxlade-Chamberlain (4.6), as he struggled on his first start of the campaign.

Matchett felt the midfielder “looked very rusty,” while Doyle thought he “ended up going nowhere” too often, prior to him being rightly replaced.

Sadio Mane (6.2) was one of the few who could come away with his head held at least slightly high, trying to make things happen from the first whistle until the last.

Nalton hailed the Senegalese for “some neat footwork in tight areas” not to mention “good pace, inventiveness and willingness to take people on.”

Liverpool will now prepare to make the trip to Aston Villa in the FA Cup third round on Friday evening, as they have a rare break from league action before the crucial visit of Man United.