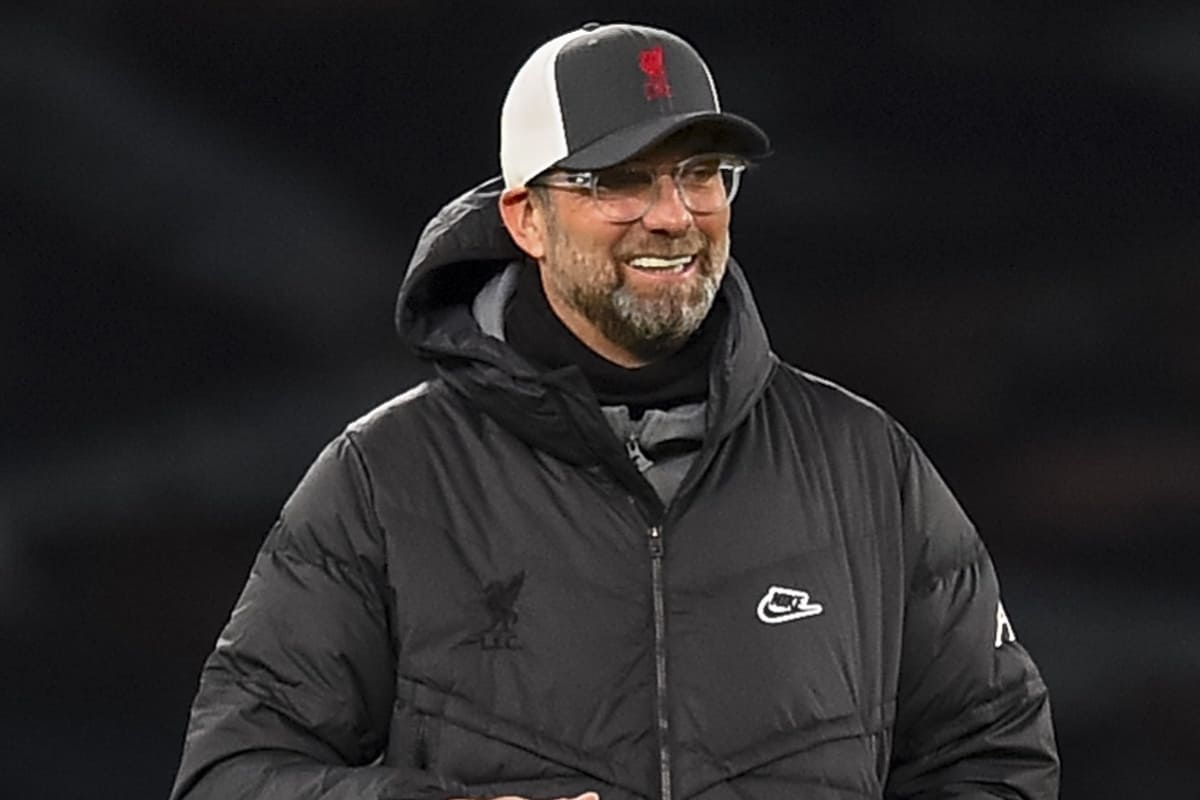 Jurgen Klopp was delighted how his Liverpool side responded to their recent run of form to dominate Tottenham on their way to a 3-1 win, saying “that was us.”

The Reds have clearly not been at the races in recent weeks, with five Premier League games going without a win, and an FA Cup third-round victory over Aston Villa‘s academy undone by a 3-2 loss to Man United at the next stage.

With Fabinho sidelined in the buildup, hopes were not high among supporters as Klopp’s side arrived at Tottenham, but the ensuing 99 minutes of action in north London lifted spirits.

Roberto Firmino got Liverpool in front on the cusp of half-time, before Trent Alexander-Arnold added to the No. 9’s tap-in soon after the restart, and despite Pierre-Emile Hojbjerg’s stunner, Sadio Mane ensured a 3-1 win.

Not only was the result a major boost, but the way in which the Reds stifled Spurs throughout is cause for optimism ahead of clashes with the likes of West Ham, Man City, Leicester, Leipzig and Everton in the next month.

“What I saw, it’s not about shape or form actually, it’s who we are,” Klopp told BT Sport after the game.

“That’s us. Today, the second half especially, that was us. It was a massive fight, and football obviously on top of that.

“I don’t know the numbers, but I think apart from a few minutes in the first half I don’t remember they had a lot of the ball.

“It was always pretty quick and counter-attacking, and we defended that really well.

“It was just a good performance, and we saw a lot of things I wanted to see, yes.”

The timing of Firmino’s strike was put to Klopp as something of a confidence-booster – which it undoubtedly was, but the manager stressed that Liverpool’s dominance was convincing either way.

“You cannot really be sure that something like this will happen in the second half again, because they made two changes, so you never know exactly,” he admitted.

“Offensively, the way we played, I really thought we coped really well with their formation; played around, played in between.

“So we were so often in and around the box, which is really important, the counter-press was really good, the last line defended really well – high enough, but not crazy high.

“I didn’t see it coming, but I was not negative about the second half, that was true.”

The only negative for Klopp comes with a “serious” injury to Joel Matip, and with the severity of Fabinho‘s issue as yet unknown, he will be scrabbling for centre-back options for Sunday’s trip to West Ham.

But the mental lift of such a dominant performance at Tottenham will help steel Liverpool, regardless of the personnel, for another big display in the capital.