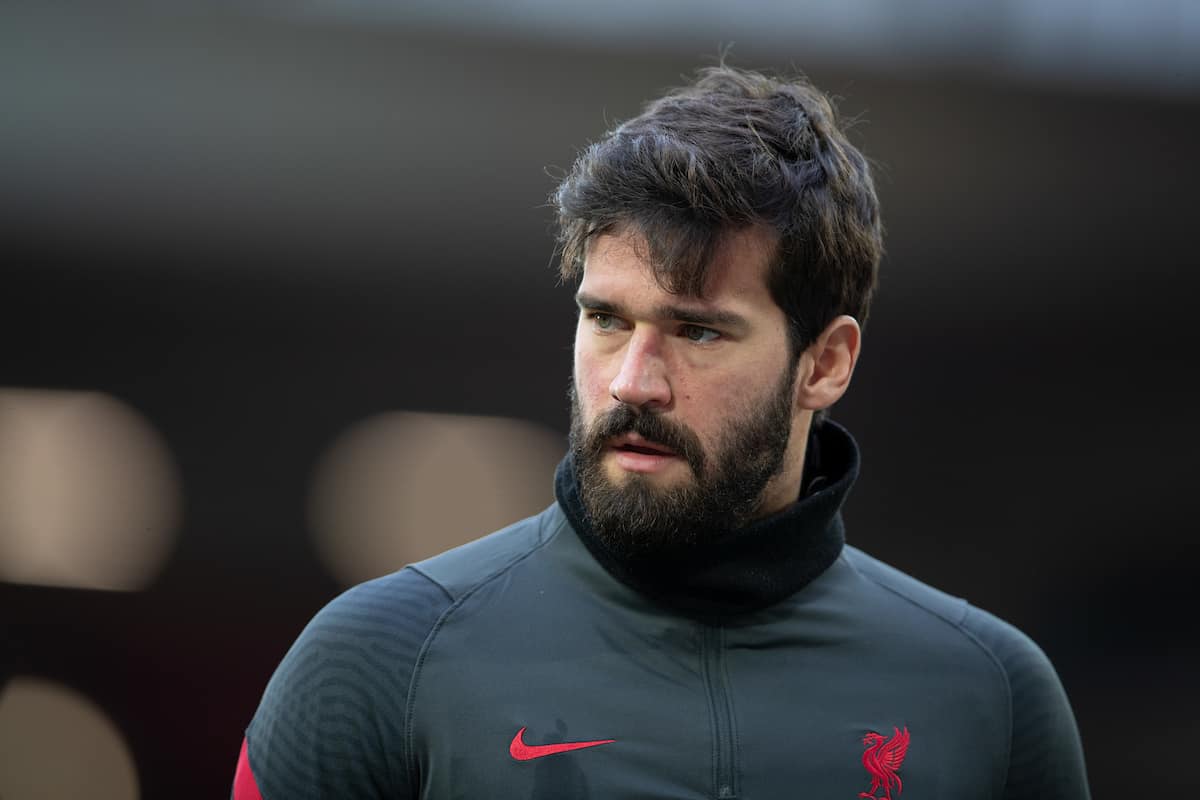 Jurgen Klopp believes a clean sheet in Liverpool’s 2-0 win over RB Leipzig was a “really good sign” for his defence, and in particular Alisson, after a difficult spell of late.

Alisson was culpable for goals in back-to-back defeats to Man City and Leicester prior to the Reds’ trip to Budapest in midweek, but bounced back with a strong display against Leipzig.

The Brazilian made a host of saves to keep the German side at bay and avoid conceding in the first leg of Liverpool’s Champions League last-16 tie, which puts Klopp’s side in a strong position to advance to the quarter-finals.

However, the manager insists “nothing changed” when it comes to his belief in Alisson, who he admitted is “too smart” to not dwell on his mistakes.

“Of course. My confidence, nothing changed in that if we talk about Alisson,” he told reporters on Friday.

“But we are all human beings, and Ali as well. He showed that in the last two games.

“That’s how it is, it’s not a problem. And of course it’s work, but most of the work you have to do with yourself. He’s doing that, definitely.

“It’s not about telling him, ‘come on Ali, you’re a world-class goalie’. He knows that.

“But he doesn’t get up in the morning and looks in the mirror and thinks ‘what I see is a world-class goalie’.

“If you make a mistake in the previous games it’s nothing you like. Humans are all the same, and Ali’s too smart to ignore it completely.

“There are other personalities who maybe would not struggle, but in the end, we can rely and he can rely on his quality as well, on his attitude, on how focused he is in a game.

“So no, I was not one second in doubt. Ali for sure did not have the best time between the two games, that’s how it is.

“But the Leipzig game was a really good one to get back. And here we are now.”

Alisson was not seen in training on Thursday, which cast doubt over his involvement in Saturday’s Merseyside derby, but Klopp revealed “he’s fine” and will start against Everton.

That is a boost for both Alisson and his defence, who Klopp feels gave a “really good sign” in responding to a tough 3-1 loss to Leicester in particular to hold firm in the Champions League.

“It’s very important that we defend as a unit on our highest possible level,” he continued.

“Everybody knows how important the defence, in general, is for being successful, and in our case it’s no different.

“We played a really good game in the defensive part, against a really tricky side.

“You can struggle a lot against them and we will probably realise that when we play the next time. But for that night, we did really well as a unit and that helped.”