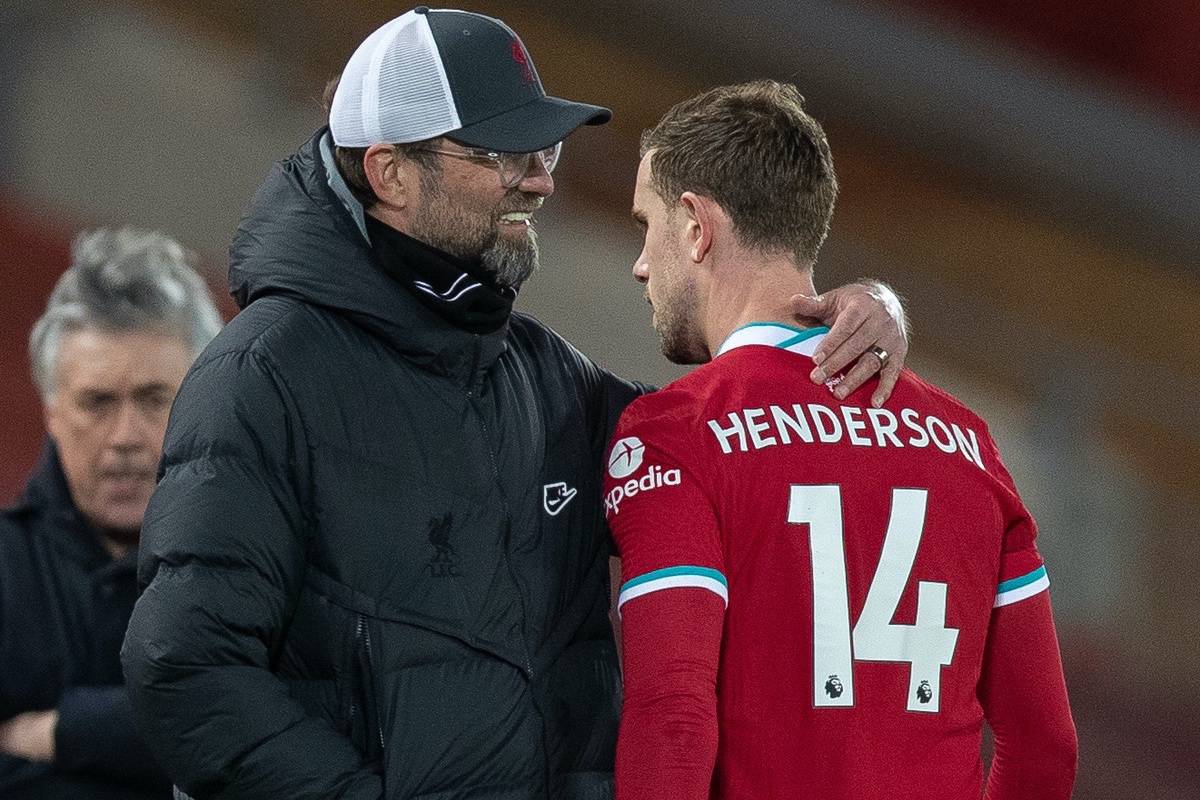 Jurgen Klopp has hinted that Jordan Henderson will be facing longer on the sidelines than has been reported in the media on Friday.

Reports from the established Merseyside press pack suggested a timeframe of six to eight weeks out for the Liverpool captain, although BBC Sport said eight to 10 weeks.

Eight weeks would see a return in mid-to-late April, possibly the weekend of April 17, meaning he would return for the final six or seven league games of the season.

However, speaking in his pre-match press conference ahead of Sunday’s visit to Sheffield United, Klopp hinted that his captain will be unavailable for longer.

“The best-case scenario I don’t know,” admitted Klopp. “It’s not a quick one.

“We all hope there’s a possibility for him to play a few games this season. We will see.”

Much may depend on your definition of ‘a few’ but most interpretations wouldn’t see it meaning Henderson being available for the amount of games left if he was only out for six to eight weeks.

And given that so many injuries this season have been reported as one timeframe then the player facing much longer out, it doesn’t seem too optimistic. 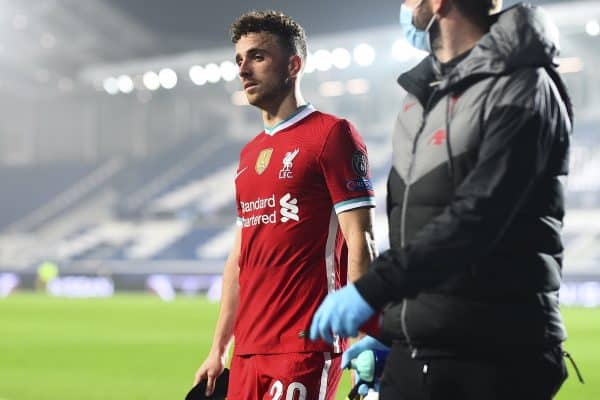 For example, Diogo Jota will return to the squad on Sunday for the first time in 80 days, having been injured on December 9.

At the time, Klopp said that was “a knock” and subsequent reports stated Jota faced eight weeks out. That would have meant a return in early February.

More recently, Fabinho‘s latest injury was initially said to be “a little muscle issue” but very little else was ever reported.

On Friday, Klopp revealed Fabinho is yet to return to full training, so that rules him out on Sunday. A return vs. Chelsea on Thursday is the best we can hope.