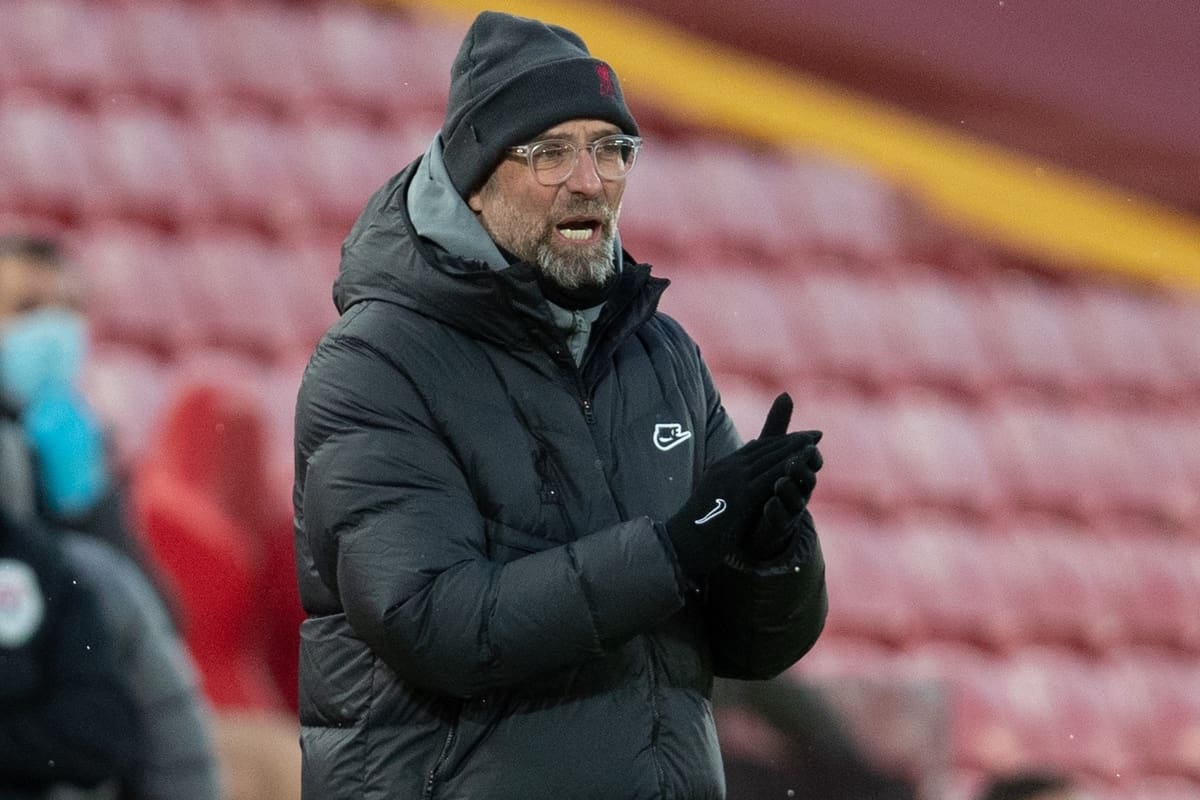 Liverpool manager Jurgen Klopp has promised his defending champions will not give up the chase but after defeat to Manchester City the pursuit is likely to be for a top-four spot and not the title.

A 4-1 loss at Anfield left Klopp’s side 10 points behind the current leaders, who have played one match fewer, and their hopes of winning the Premier League again look remote.

Liverpool are now looking over their shoulder as the race for Champions League qualification becomes their priority. Chelsea and West Ham are only a point behind with Everton, who have two matches in hand, just three back.

“We knew that from the beginning of the season. You have to fight for the Champions League,” said Klopp.

“Three or four years ago we were in that spot pretty much all season and then Chelsea started chasing us.

“Whoever is in front of us, we will chase them, definitely. I saw a lot of good stuff [against City], a really good football game where I didn’t see the points difference.

“I saw a really good football team in red shirts.” 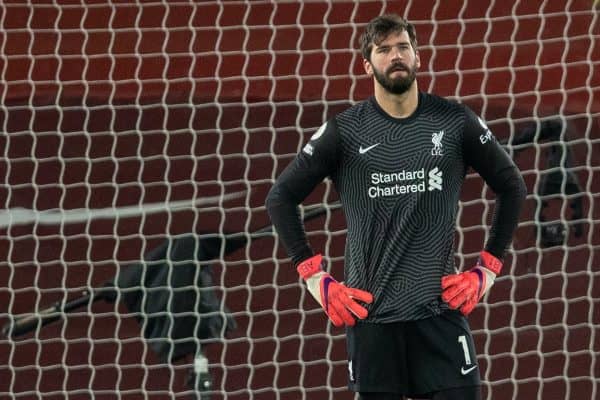 Unfortunately for Klopp two uncharacteristic passing errors from goalkeeper Alisson Becker swung the game City’s way when it had been evenly poised at 1-1 after Mohamed Salah’s penalty, his 22nd goal of the season, had cancelled out Ilkay Gundogan’s opener early in the second half.

The Brazil international’s errant passing saw him give the ball first to Phil Foden and then Bernardo Silva, resulting in another goal for Gundogan and Raheem Sterling’s first at Anfield since leaving in 2015.

Foden blasted home a fourth late on to consign Liverpool to a third successive home league defeat for the first time since 1963.

“He is obviously very disappointed and was like ‘not today, not today’,” added Klopp.

“But that’s the problem with mistakes, you can’t decide when you make them. You have to learn from them.

“In a game when you have such a good moment these two goals were a killer. That’s OK as he saved our lives I don’t know how often

“He is absolutely a world-class goalie. Something went wrong but we have to take that.”

City’s win, their first at Anfield since 2003 and only their second in 34 visits, also brought up a 14th in a row in all competitions, equalling the all-time record by an English top-flight side set by Preston (ending in 1892) and Arsenal (ending in 1987).

Manager Pep Guardiola was more focused on the immediate three points it gave them which extended their advantage at the top to five over Manchester United.

“What was important was the three points. Of course I am so proud for the guys,” said the City boss, whose side did not suffer from Gundogan’s first-half penalty miss with the score at 0-0.

“I said before, I’m not a guy who predicts the future of the table and in February five points is nothing. That is all I can say.

“I know how difficult Swansea will be, then Tottenham, Everton and Arsenal. Many tough games so be calm and keep going.

“I’m grateful and happy for this victory but tomorrow it is feet on the grass and it’s Swansea [in the FA Cup in midweek].”