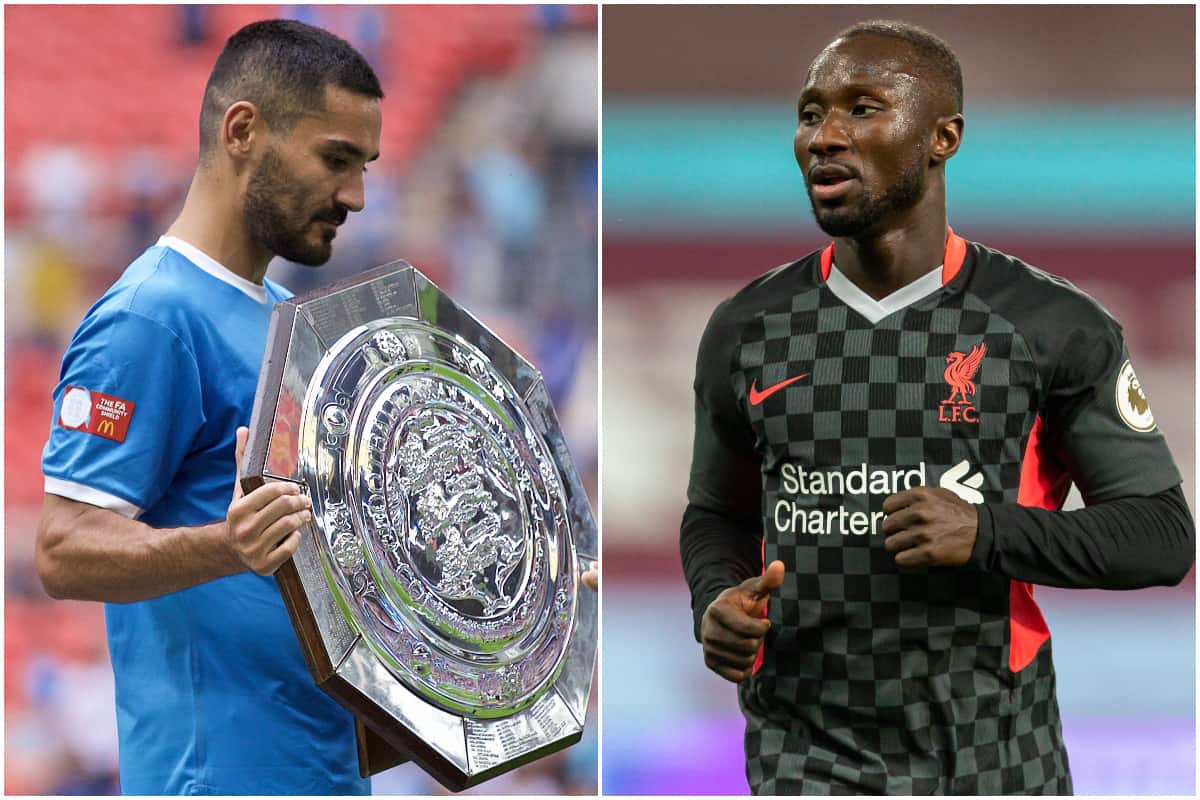 Ilkay Gundogan is in the form of his Man City career ahead of Liverpool’s clash with the Premier League leaders, and his resurgence could be encouragement for Naby Keita.

Gundogan played under Jurgen Klopp for four seasons prior to the manager’s exit in 2015, having arrived from Nurnberg in 2011, in a deal worth €4 million.

The Germany international made 117 appearances for Klopp, winning the Bundesliga, DFB-Pokal and DFL-Supercup, as well as reaching the Champions League final in 2013, before leaving for Man City four years ago.

He has remained a regular fixture at City, but has rarely shown the top-level form that made him so indispensable at Dortmund – until recently, with seven goals and two assists in his last 12 games.

Having overcome a host of niggling injuries at both Dortmund and City, Gundogan’s levels are back to that which Klopp came to expect, with the Liverpool boss “not at all” surprised.

“Goalscoring maybe a little bit! The rest not,” he told reporters.

“Ilkay was one of the best players I ever coached. He was a very young player when he came to us from Nurnberg to Dortmund.

“Especially in the 2012 season he was unbelievable and played pretty much like he’s playing now.

“Then he unfortunately had some injuries, really tough injuries, but that’s now all sorted.

“It’s the longest period he could play football without getting interrupted, and I wish him really well that it can continue like this. That’s the only reason [his form dipped].

“He was always that player, and when you are smart and experience then comes into play as well, then it’s another jump obviously in your performance level. I’m not surprised at all.”

Gundogan’s revival could serve as motivation for Liverpool’s long-term approach with the fitness of their No. 8, Keita, who is currently out of action despite technically being fit.

The Guinean has suffered rotten luck with injuries since arriving at Anfield, and Klopp and the club’s medical staff have resolved to hold off on his return to allow him to build up strength.

Keita was one of the Bundesliga’s standout players prior to leaving RB Leipzig, and has shown flashes of that quality on and off throughout his time with the Reds, but not to the extent required.

Perhaps this time out could see Keita finally recapture that form and, like Gundogan, vindicate Klopp’s belief in him as a go-to starter in the Premier League.