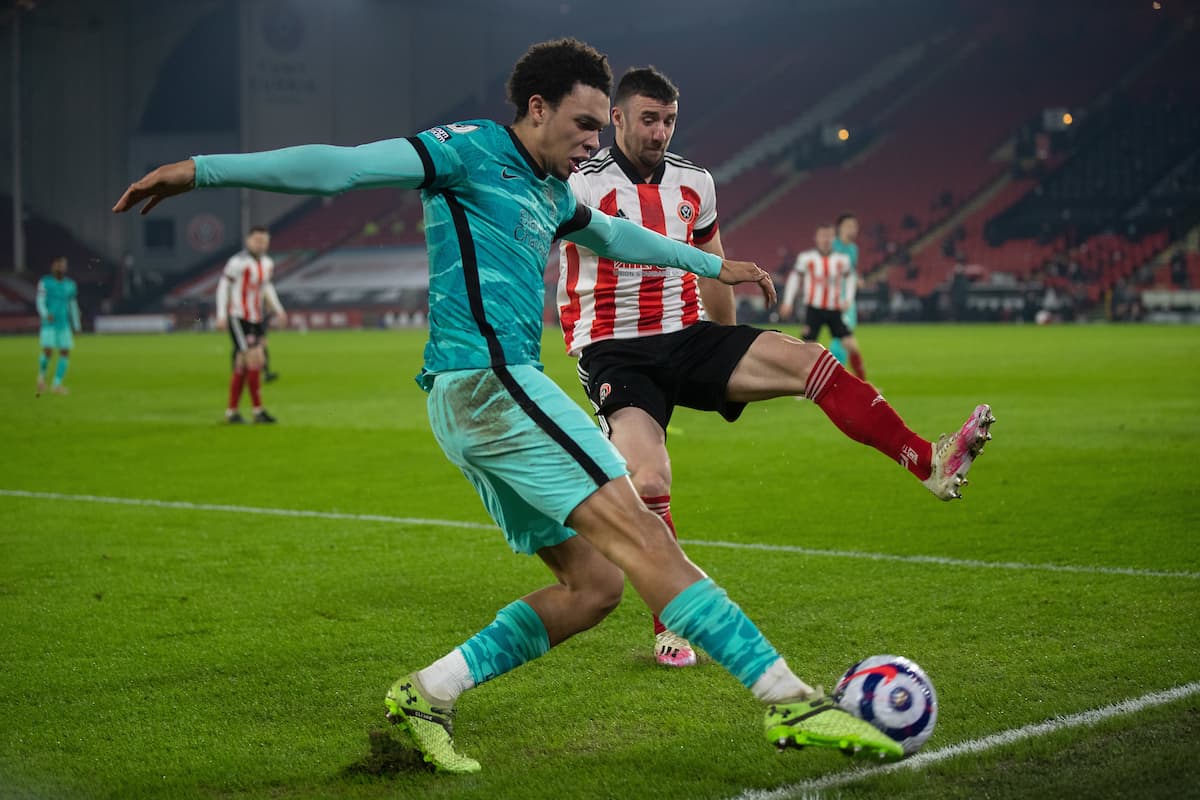 Liverpool currently play within an aura of hopeful fragility, and on Sunday night at Brammall Lane the cards fell our way.

Over the course of the next week-and-a-half, there will be three defined hurdles that will go a long way in shaping the remainder of a dysfunctional season.

Anfield, So often a place of uproarious joy and glory, has become a heavy, yet empty, weight to carry of late. A bit concerning, when you have three successive home games ahead and a lot resting on their outcome.

With four successive defeats on home soil, after what had been almost four years unbeaten in the Premier League, there is no way that Liverpool won’t take to the Anfield pitch without at least a vague sense of apprehension every time until that spell has been broken.

The next 10 days will be dictated by a set of easily deflected variables, and Liverpool’s victory away to Sheffield United was a good example of what could be ahead of us. 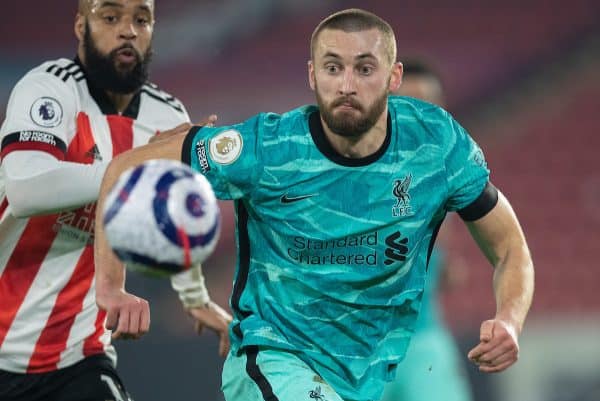 A game where Aaron Ramsdale seemed at one stage set to repel everything we threw at him, it would have been entirely in-keeping with our existing fortunes had our hosts scored from a set-piece shortly before half-time and then clung on to that lead until the final whistle.

It is this sense of foreboding that we will need to shoot down at some stage, quite possibly during the upcoming run. On Sunday we never had to deal with the blow of falling behind, yet on Thursday, against Thomas Tuchel’s Chelsea, we might well be faced with a situation where our opponents land the first punch.

Positive reactions to all scenarios will be everything, in what is basically a ‘six-pointer’ for a place in the top four come the end of the season.

It’s not as simple as saying that Liverpool have been out of form during the last two months. A defence that has suffered the type of injury crisis I’ve only seen two or three times before, when it comes to my 44 years of observing the club (80/81, 88/89 and 91/92 spring readily to mind), has made everything else unstable.

On one hand, Mohamed Salah has been in outstanding personal form, Curtis Jones is blossoming and Gini Wijnaldum has essentially been putting in a captain’s performance every time he has taken to the pitch.

Understated, largely unheralded, he has morphed into Jordan Henderson in some respects. Not the type of commitment you might expect from a player that is quite feasibly within the endgame stage of his time as a Liverpool player.

Offsetting this, Alisson has had a torrid campaign, one in which he’s made a collection of uncharacteristic mistakes, seen his defence evaporate, suffered his own injury and illness problems and now tragically lost his father.

With the foundations of the team encountering such flux, our usually rampant full-backs haven’t been the attacking threat we’ve become accustomed to them being. This made their prominence at Sheffield United such a beautiful sight.

By the end of this season, Jurgen Klopp will have learned more about his players than throughout the entirety of the previous two or three. It has all been about stress-testing the durability of his squad; it has been all about discovering what hidden and previously unknown weaknesses and strengths they possess.

Amid this, we have carried players that have experienced natural periods of indifferent form. It isn’t that they have been playing badly, it’s just that they haven’t consistently hit the high notes we know they are capable of.

Thiago will benefit from the lessons of this season, while Sadio Mane and Bobby Firmino will hit those upper gears for greater lengths of time eventually. It was marvellous to see some classic Firmino whimsy, in the procurement of our second goal. 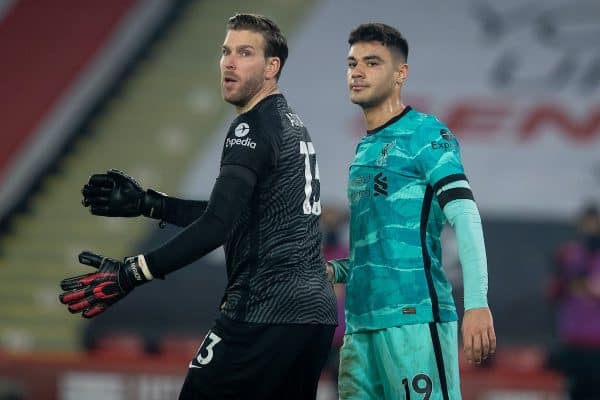 We won this one between the matrix lines of VAR. Jones’ opening goal seemed so nailed on to be disallowed for the ball crossing the byline, before Trent Alexander-Arnold got his cross in, that it was converted within an air of ‘I’ll hammer that one in, just on the off-chance of it standing’. I didn’t even celebrate it, so convinced I was of the ball crossing the line.

A whole new type of goal, these are goals that are scored without pressure.

If certain of a goal being legitimate, a player might snatch at a chance and send it wide of the post. With this one, Jones made it feel like a training pitch finish, as if nothing was resting on it other than being able to take the piss out of his team-mates.

Conversely, the one Mane had disallowed did have me celebrating. VAR and offside flags, bloody hell.

It would be totally within the spirit of this polarising season if Jones’ strike were to prove to be the ignition for a strong finish to the season, considering our entire campaign seems to have pivoted on that mad draw at home to West Brom, at Christmas, when we went from a sublime first half to a ridiculous second.

Of course, it wouldn’t have been the Liverpool of 20/21 without a degree of the ludicrous at Brammall Lane.

Ozan Kabak’s disallowed own goal was almost a work of art, while when left hanging for so long for a domestic clean sheet, nobody would have foreseen that it was going to be Adrian to be the one to claim it.

A crucial three points gained, Naby Keita making his return, and the law of averages demanding that a Liverpool victory must occur at Anfield sooner, rather than later.

March is here, and the sun is shining.