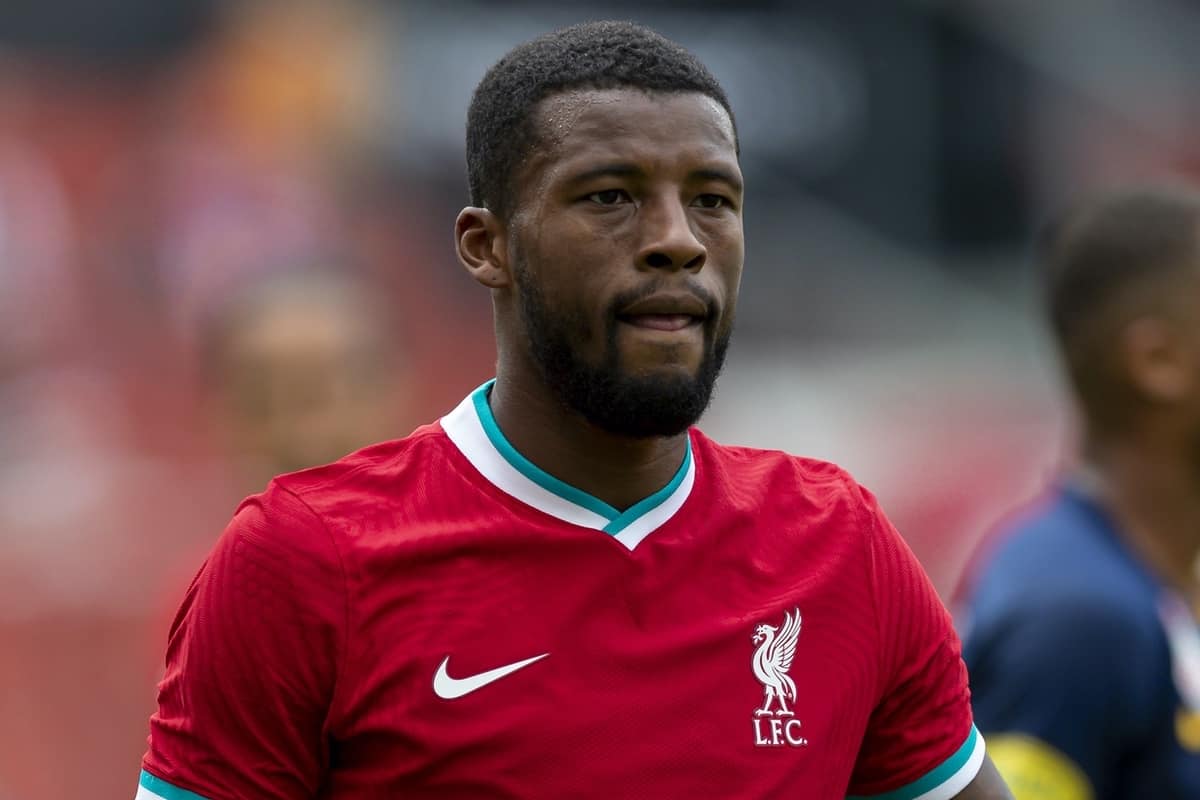 Gini Wijnaldum is reported to have agreed a pre-contract deal with Barcelona, and if true it would spell the end of his five-year association with Liverpool this summer.

Players nearing the end of their contracts are free to negotiate moves to foreign clubs within the final six months of their existing deals, which is known as a pre-contract agreement.

That is the situation Wijnaldum finds himself in as he appears set to play out the remainder of his terms with Liverpool before leaving on a free transfer.

Neither player nor manager seem outwardly pleased with the eventuality, but it has been previously claimed that Wijnaldum’s contract stipulations – in terms of length and salary – do not match those of the Reds’ hierarchy.

Barcelona have been a looming presence throughout, with manager Ronald Koeman a vocal admirer of his former Netherlands midfielder, and now it is reported that an agreement has been reached.

The Times‘ Duncan Castles claims that the No. 5 “has chosen to leave Liverpool at the end of the season to join Barcelona,” and that he has “agreed a pre-contract deal” with the Spanish club.

Now, doubts have been expressed on a number of occasions regarding the reliability of Castles, and the gulf in credibility between newspapers on Sunday and any other day of the week is vast.

But it is certainly believable that Wijnaldum would have settled on a switch to the Nou Camp at this point, with just over three months left on his terms with Liverpool. 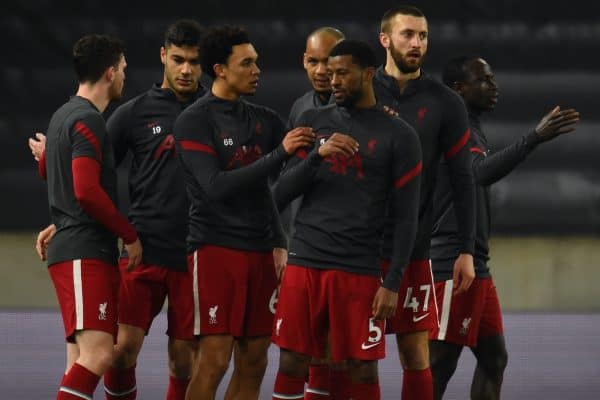 The financial difficulty facing Barcelona may muddy the waters, but this is said to have turned their attention more heavily towards the free agent market, where the likes of David Alaba and Sergio Aguero could also be available.

Wijnaldum is among the most-coveted players nearing the end of his contract, with his consistency in the middle of the park an invaluable asset.

Jurgen Klopp has displayed this ever since the Dutchman joined from Newcastle in 2016, and this season only Andy Robertson and Mohamed Salah have played more minutes than Wijnaldum within the Liverpool squad.

No player has made more appearances while, again, Salah and Robertson are the only two to have started more games than the 30-year-old, who has also started every game for the Netherlands this season ahead of the March international break.

His last three games for his country came as captain, and Wijnaldum is likely to wear the armband again for upcoming clashes with Turkey, Latvia and Gibraltar, as he has done in three of the last four games for Liverpool.

A quiet leadership will be another key quality missed if Wijnaldum does join Barcelona as expected, and it would be a big challenge to replace him at Anfield.