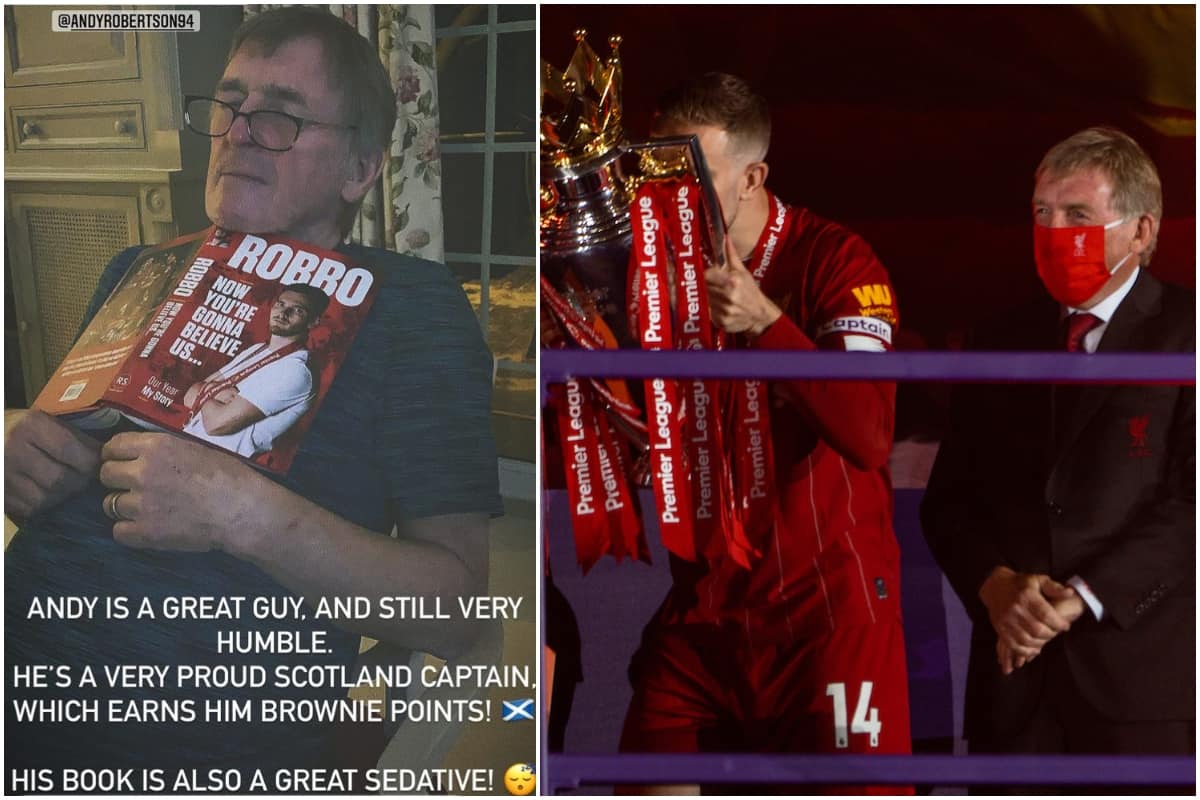 Sir Kenny Dalglish has looked to seize the title of Liverpool’s king of social media as he brilliantly took aim at Andy Robertson and commended Jordan Henderson in an online Q&A.

The Liverpool legend has been a consistent presence across social media, especially throughout lockdown, partaking in challenges and welcome banter – much to the delight of Reds worldwide.

The likes of James Milner and Robertson have proven to be a hit in the online world but Dalglish could certainly give the pair a run for their money with his balanced approach.

Having only recently joined Instagram, the former No. 7 invited questions his way on everything Liverpool past and present.

From disclosing his legendary shirt number was simply handed to him to saying winning the league in 1986 and the FA Cup final triumph in 1989 as his best moments of being a player-manager.

But it was his answer to ‘Are you friends with Andy Robertson?’ that hit all the right notes, with the Scot lauding his fellow countryman before taking a cheeky jab.

“Andy is a great guy and still very humble,” Dalglish said in response. “He’s a proud Scotland captain which earns him brownie points!”

And here’s the kicker: “His book is also a great sedative!”

It’s a long-running gag on the No. 26’s words on the journey to the title and one we don’t want to see the end of any time soon. 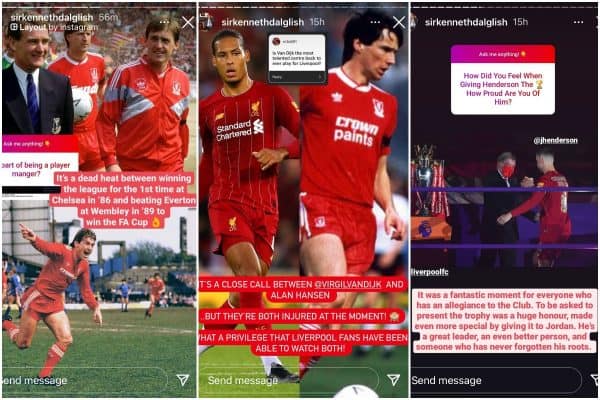 But there were also sincere words of praise for Liverpool’s current captain Henderson, whom Dalglish signed back in 2011 in what was a deal that had been met with scrutiny.

Fast-forward nearly 10 years and that then 20-year-old is now a Premier League and Champions League-winning captain for Liverpool and an instrumental figure in Jurgen Klopp‘s side.

The former, and most recent success, saw Dalglish be the man to hand over the title some 30 years after his side had last lifted the league in what was an emotional celebration on the Kop.

“It was a fantastic moment for everyone who has an allegiance to the club. To be asked to present the trophy was a high honour, made even more special by giving it to Jordan,” Dalglish said of the moment.

“He’s a great leader, an even better person, and someone who has never forgotten his roots.”

When it comes to praise, it gets no better than from King Kenny himself and Virgil van Dijk was also no doubt delighted to be considered as Liverpool’s greatest centre-back alongside Alan Hansen.