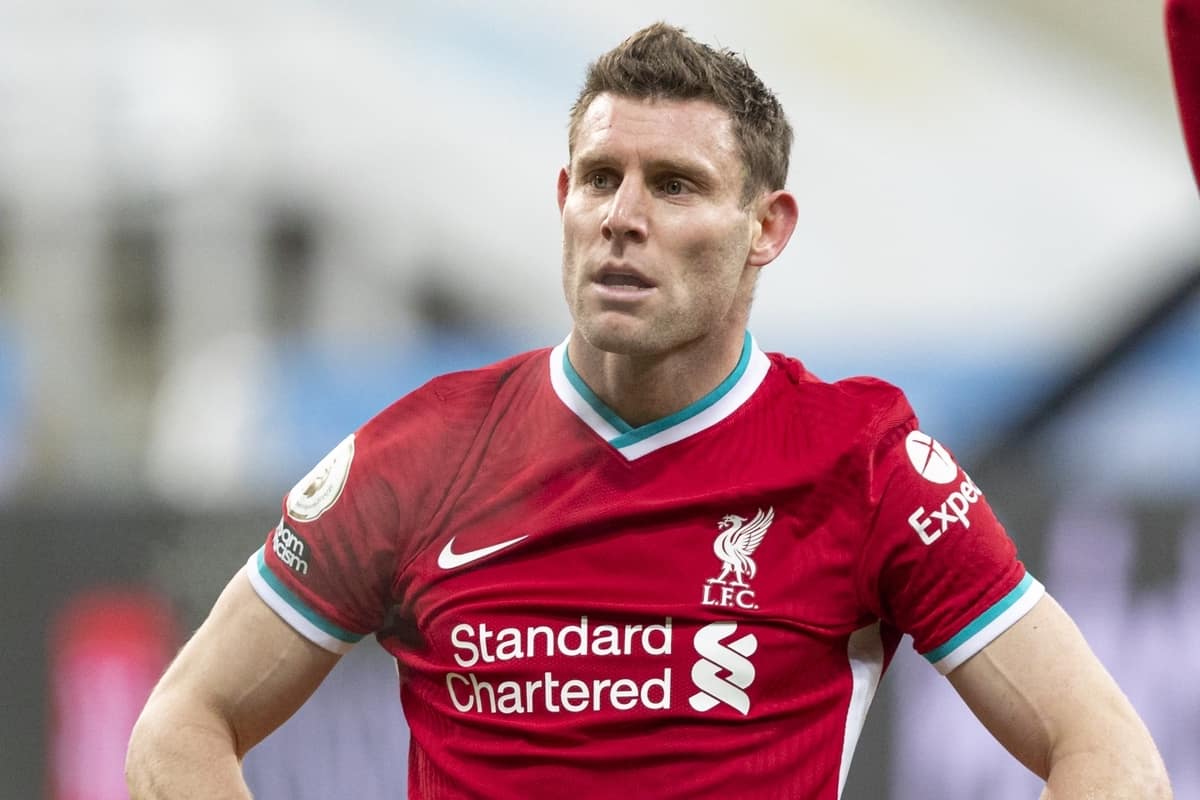 Having just turned 35, James Milner will have just one year left on his deal at Liverpool this summer, but has laid out his ambition to “be at the club as long as possible.”

Milner will soon conclude his sixth season with the Reds, having proved to be one of the bargain signings in the history of the club following his free transfer from Man City.

As vice-captain and Jurgen Klopp‘s second most-used player (234 games), the midfielder has been invaluable since joining in 2015, with only five players ahead of him in terms of both goals (25) and assists (39) under the current manager.

He has undeniably played a pivotal role in Liverpool’s resurgence, winning the Premier League, Champions League, Club World Cup and UEFA Super Cup, but due to his age, speculation is mounting over his future at Anfield.

The veteran signed a new two-and-a-half-year contract with the Reds at the end of 2019, and therefore will enter the final 12 months of his deal when the current campaign draws to a close.

Milner has been linked with a return to Leeds, but in an interview with Liverpool’s official website, he stressed his desire to “be at the club as long as possible.”

“Obviously there’s 38 games in a season – the tempo, the intensity and all these things, a lot can happen,” he said.

“So I’m not looking too far ahead really. Like I say, my concentration is on Liverpool and contributing as much as I can and be at the club as long as possible.

“I still feel good and still feel when the manager asks me to do a job, I can do it well. Hopefully that can continue and I can keep contributing to the team.” 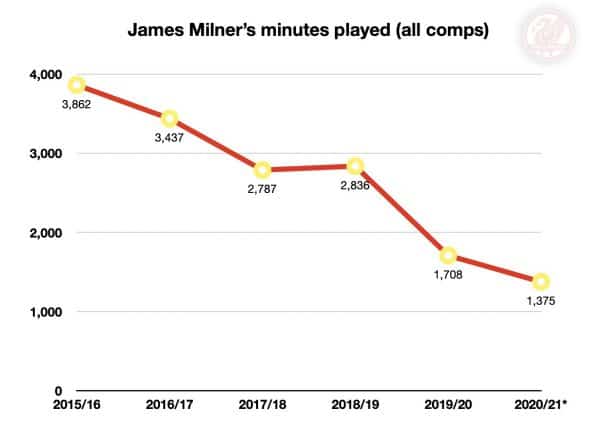 Milner’s game time has been markedly decreased over the past two seasons, but he has still been important as he fills a number of roles beyond his favoured berth in central midfield.

He outlined his “proving people wrong” mentality as key to his longevity, and though he admitted he has to take a “very short term” view at his age, he “still feels no different” to 10 years ago.

“Proving people wrong still, it has always been a big driver for me,” he continued.

“Every interview you do now your age is brought up. I still feel fine in myself, so why not push for as long as you can?

“You’re a long time retired, so I want to keep going and keep pushing myself.

“Obviously it’s very short term when you get to this age because anything can happen; we know that in football anyway, even when you’re younger.

“But so far I feel good, I still feel no different to what I did five, seven, eight, 10 years ago in terms of covering the distance in games and things like that. It’s no different. So, crack on.”