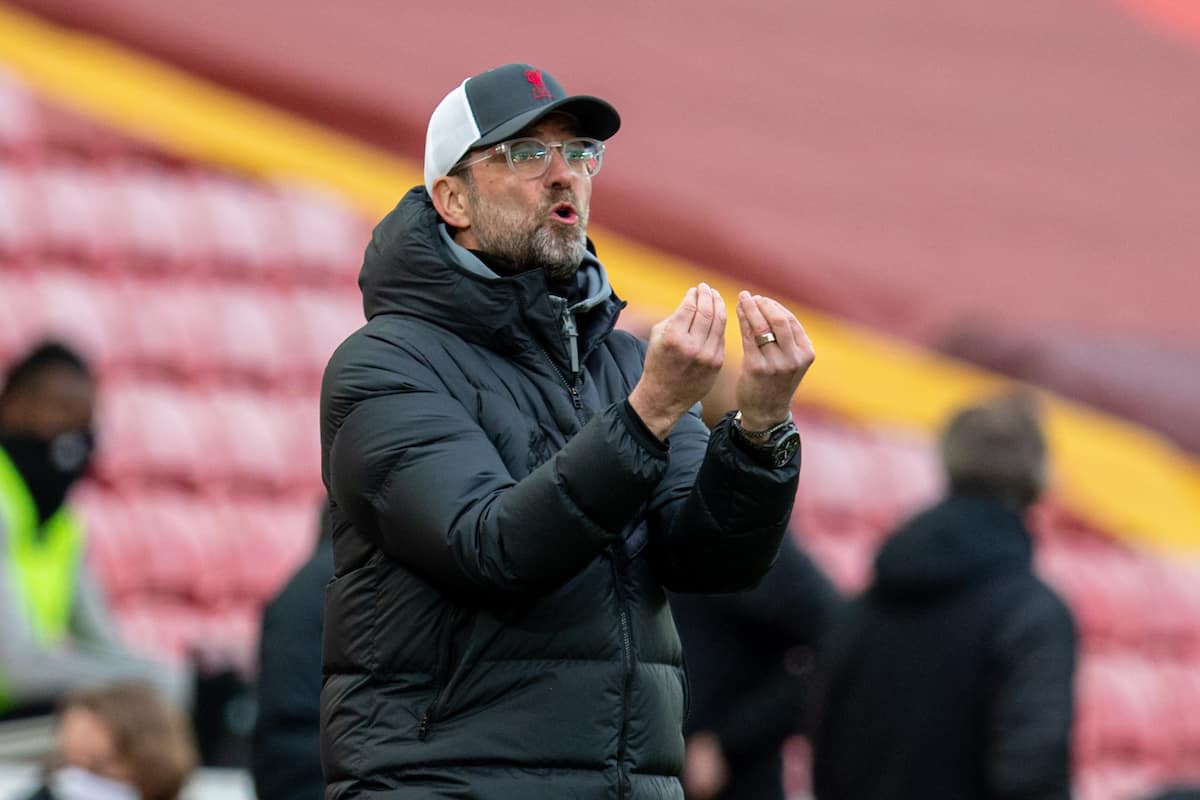 Liverpool manager Jurgen Klopp admits if the players are to rebuild their shattered confidence winning a match would be helpful.

The 1-0 defeat to Fulham courtesy of Mario Lemina’s maiden goal for the club was the sixth in succession at home, extending the worst run in their history.

Injuries have taken a toll on Klopp’s defending Premier League champions but they have reached a point where they cannot even score as they have now gone more than 11 hours without a goal from open play at Anfield.

“Believe me, these boys want it but it doesn’t work in the moment.

“I cannot just say, ‘Yeah, we don’t have mentality.’ We have mentality, it’s just not the mentality we are used to probably, but the boys want to win games.

“We have really tight results in the moment, pretty much always against us, and we have to make sure we win football games again.

“If it’s a 1-0, it’s fine, fight for it with all you have and then you can gain confidence and momentum maybe again. In the moment we don’t have that.”

The issue Klopp now has, apart from falling further behind in the race for the top four, is that next up is RB Leipzig in the Champions League.

They hold a 2-0 lead from the last-16 first-leg tie but since that victory they have won just one of the last four, at bottom side Sheffield United.

The one advantage may be the home game is being played once again in Budapest due to coronavirus restrictions and not at Anfield, where they have developed a mental block.

Klopp knows confidence is so fragile they cannot afford the slightest slip-up against the Bundesliga side.

“We made mistakes still, that’s the problem. The boys don’t want to make mistakes, we just made them,” he added.

“We have to make sure the mistakes we make are not accountable any more.

“You can concede a goal – we conceded goals in our best phases, the best periods of our lives – but the only thing is then you are not bothered about it. That’s where we have to come (to).”