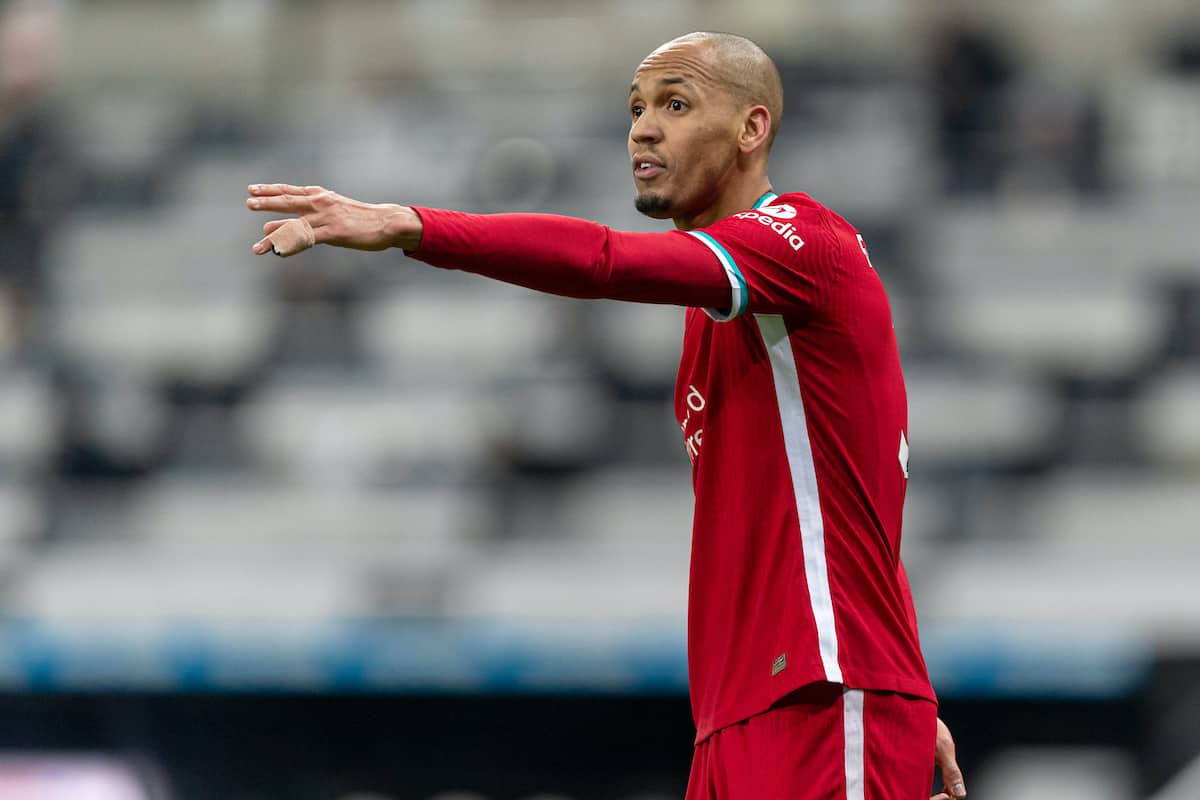 Jurgen Klopp admits it would be “absolutely helpful” if he could work Fabinho back into midfield, but would not give away if Nat Phillips and Ozan Kabak will keep their places.

Fabinho is expected to return to the starting lineup when Liverpool host Chelsea on Thursday night, having missed the last four games with a muscle injury.

Kabak has started each of those following his arrival from Schalke, and with Jordan Henderson now sidelined with a long-term adductor problem, Nat Phillips has filled in alongside the Turk.

The pair helped keep a clean sheet in a dogged display at Sheffield United on Sunday, but with Fabinho now back, the question has been posed over who will make way for the Brazilian at centre-back.

However, speaking ahead of the visit of Chelsea, Klopp was asked if there is a possibility his No. 3 would instead revert to his natural role at the base of the midfield.

“I think if we can find a way to bring Fab back into midfield, that would be in some games quite helpful.

“The most consistent player this season probably is Gini Wijnaldum, long may it continue. He played the six, he played all the positions pretty much, all these kinds of things.

“But with Fab on six in some games would be absolutely helpful. We will see, but both things are really intense, if he would play centre-half or six.”

Despite Fabinho being likely to start on Thursday night, the availability of Kabak and Phillips, along with a variety of options in midfield as James Milner and Naby Keita return to the fold, means he is not a necessary pick.

“In the past we had to bring the players back almost immediately, because another player left the pitch injured the game before or whatever,” Klopp continued.

“And this time we don’t have to do that, for the first time maybe.

“But there are still a lot of games to come, so we will see. Is Fab close enough to start, or is he only ready for the bench? Then which position?

“These decisions are obviously still to be made, but if I would have made them already, I wouldn’t tell you exactly what the decision is. So let’s see.”

Klopp was also asked about the benefit of maintaining the partnership of Kabak and Phillips to ensure consistency, having already fielded 17 different centre-back pairings from the start this season.

“That number differs. I heard already 19, I heard 20. Matty (McCann, press officer) thinks it’s 18. We can go through it all together!” he joked.

“Stability would be great if you could do that. For me, there’s no need [to change]. Both did really well [against Sheffield United].

“I heard there were people who were quite critical of both of them, which is really picky, to be honest.

“So yes, stability would be great. But we changed it that often, maybe we make a habit of it!