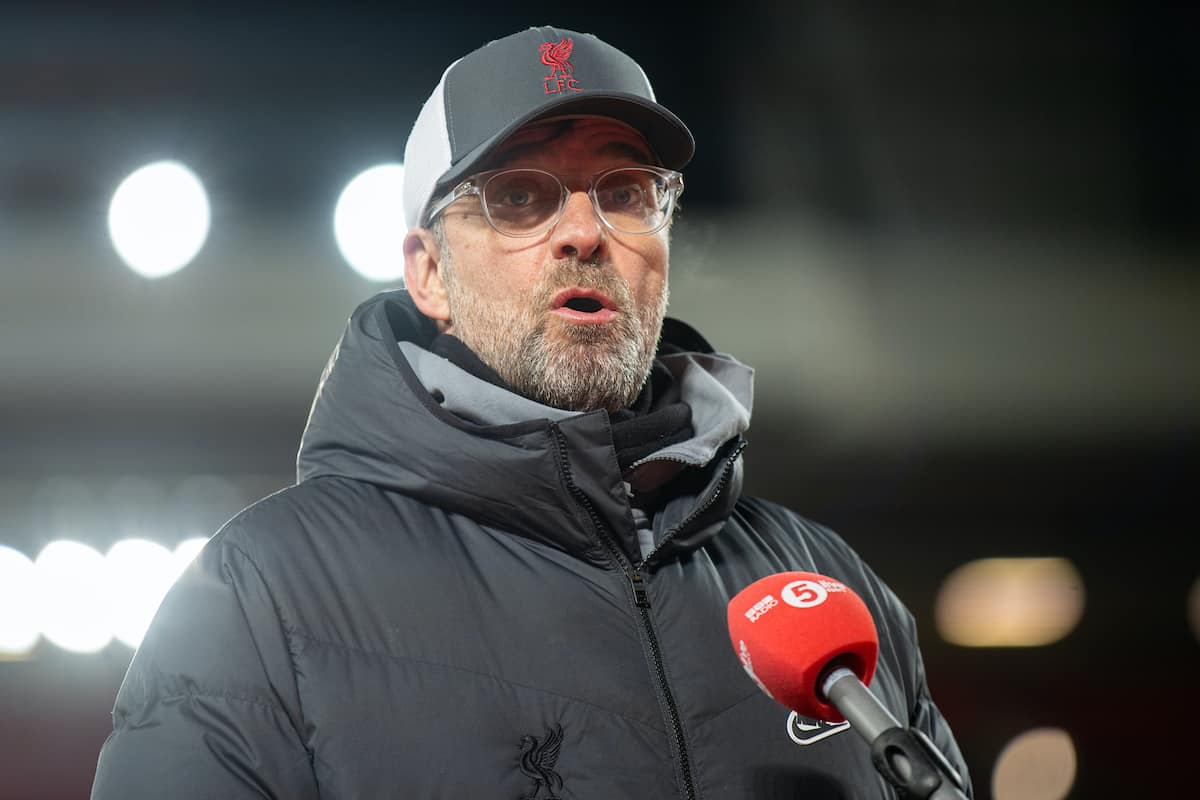 Jurgen Klopp played down Mohamed Salah’s reaction after he was substituted in the 1-0 defeat at home to Chelsea which resulted in the club’s worst home league run in their history.

By the time the Premier League’s leading goalscorer was replaced by Alex Oxlade-Chamberlain just past the hour the hosts were already trailing to Mason Mount’s goal late in the first half.

Salah walked off shaking his head, and while Klopp says he did not see the reaction he said he took the Egypt international off as he was concerned about his fitness.

“When the boys look disappointed it is not a problem. I didn’t see what Mo did,” he said.

“The reason for the sub was that, and I could have changed other players as well that’s true, but he looked in that moment that he really felt the intensity and I didn’t want to risk him.

“That’s all. I’ve known him a long time and it’s really rare as he usually looks fresh.”

Klopp took the blame for the lacklustre defeat, in which his side’s one shot on target was not registered until the 85th minute.

Having gone almost four years unbeaten in the league at home Klopp has now lost more games at Anfield in the last four weeks than in his previous five years.

“Intense game, tight game, one decisive moment decided the game with the quality of Mason,” he added.

“Our situations we didn’t use. That is pretty much the explanation for the result.

“I try to be as honest as possible, I told the boys what I saw tonight. It’s not that we go for any kind of excuses in this moment.

“These games are decided in moments and to get these moments back you have to fight and sometimes at a different level. It’s not about tactics. It’s about being resilient and heart.

“We won’t blame the circumstances. There is only one person to criticise. That is me and us. That is what I told the boys.”

Chelsea boss Thomas Tuchel is now 10 matches unbeaten since taking over from Frank Lampard with the team drifting in ninth place.

But he is not happy with just moving into the top four and insists settling just for Champions League qualification is not an option.

“We didn’t think this way. We have already been in the top four after a win against Newcastle and we cannot lose the focus by looking at fixtures all the time, it does not help,” he said.

“I know it is boring for you but we have to prepare every match on the highest level as this league doesn’t allow you to drop one percent.

“If we want to keep going we have to refocus for Everton [on Monday] and nothing else and the rest will take care of itself.

“There are still 11 games to go, still a long way, we are in the race. We closed the gap very quickly and it is big effort and now we are in the middle of the race and we need to keep going.

“But this league, the competition in the Champions League and FA Cup, drives us and it is not time to lay back and become too relaxed.

“I have a hungry group and I am hungry and we are not finished.”