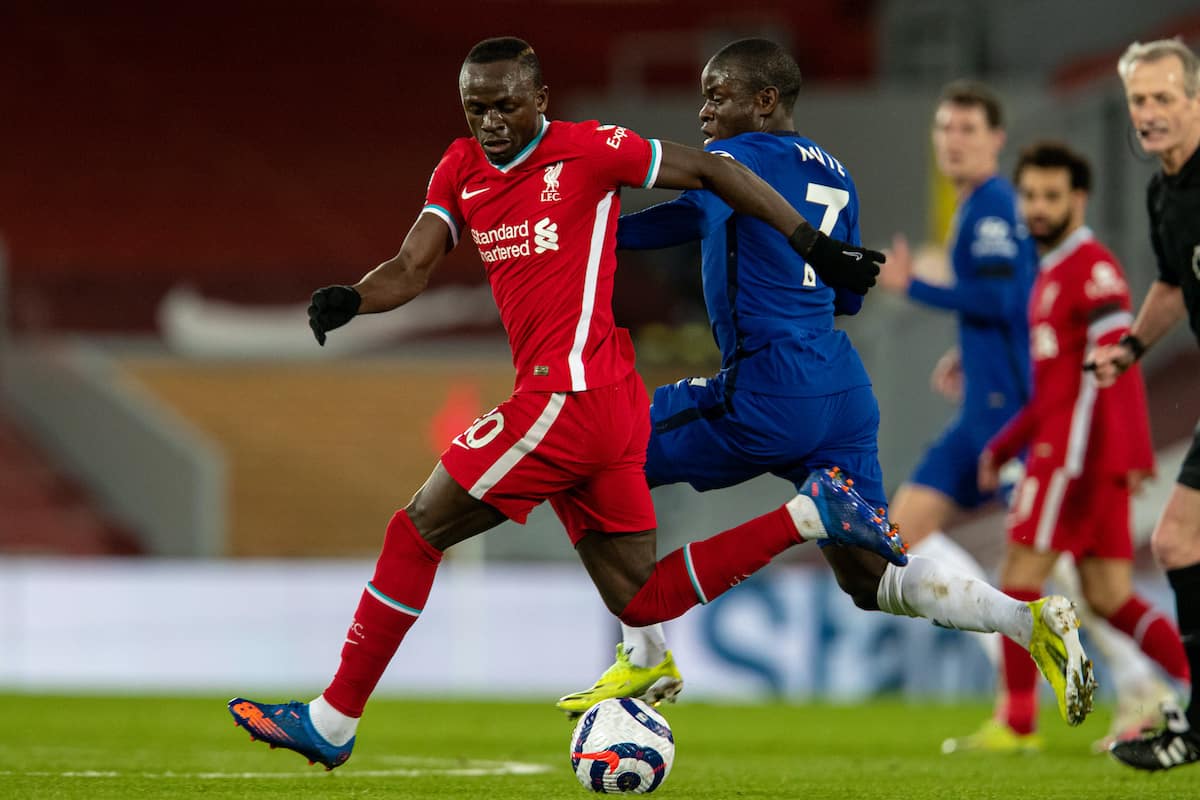 The Liverpool that raised hopes at the weekend were nowhere to be seen as a fifth consecutive league home defeat came, for the first time ever, with a 1-0 loss to Chelsea.

For a midweek clash with fourth place on offer, Liverpool were buoyed by the return of Alisson and Fabinho to the defensive unit, as Jurgen Klopp deployed the new 4-2-3-1 setup that proved so influential at Sheffield United.

Sadio Mane was in the thick of the action early on, given license to roam by the supporting Andy Robertson and Curtis Jones, and the No. 10 could have won a penalty under a challenge from Andreas Christensen, but the desire to stay on his feet effectively cost him.

The Reds called upon an 18th different starting centre-back partnership as Fabinho partnered Ozan Kabak, and they were exploited for pace as a ball over the top saw Timo Werner beat Alisson for pace and clip it in.

VAR rescued Liverpool, however, with their former transfer target rather cruelly adjudged to have been offside by a trailing arm, in a rare reprieve from Stockley Park.

Fabinho looked like a player rushed back – and he was, due to an injury to Nat Phillips – and it showed as Mason Mount cut inside, evading his Brazilian marker, and fired low past Alisson to make it 1-0 at half-time.

Little changed after the break, though Martin Atkinson waved away a penalty appeal as Roberto Firmino‘s cross struck the hand of N’Golo Kante, while at the other end Alisson was required to thwart Hakim Ziyech.

On came Alex Oxlade-Chamberlain and the returning Diogo Jota, with Mohamed Salah shaking his head as he was withdrawn and the – unfortunately, once again – lacklustre Firmino remained on.

Not much improved despite some promising signs from Jota in terms of movement, with failing to muster a shot on target until the 85th minute as Chelsea found comfort at the back, passing around a lethargic Liverpool press.

Their first effort to at all test Edouard Mendy came with a weak header from Gini Wijnaldum, and that summed it up for a Reds side lacking inspiration.

The final whistle came to deny Liverpool a top-four berth, and brought a fifth consecutive Anfield league defeat for the first time in the club’s history. Oh, joy.