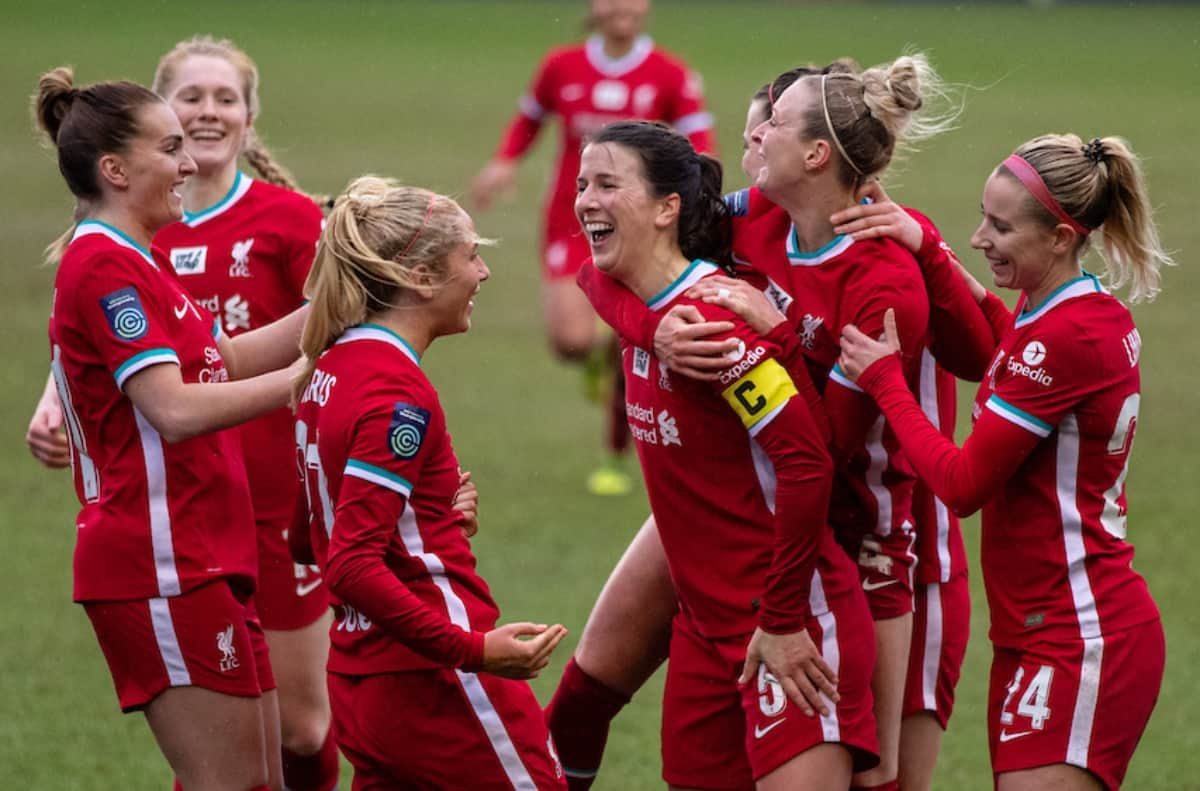 It was a month of goals and clean sheets for Liverpool Women as they continue to march on without a permanent manager and with a star player still on the periphery.

After a topsy-turvy start to 2021 which saw the Reds drift away from the sole promotion spot, Liverpool have found their feet in the last month for a much-needed boost.

Still without a manager after parting ways with Vicky Jepson and with Rinsola Babajide out of the side following a transfer request, the Reds have put on the afterburners in recent weeks to record three wins, having scored nine goals along the way.

Promotion is now all but off the cards with only a handful of games remaining in the season, but Liverpool Women must keep the momentum rolling.

While the manager hunts continues, the Reds are slowly laying new foundations heading into a summer where preparations for pushing for a return to the top-flight will continue. 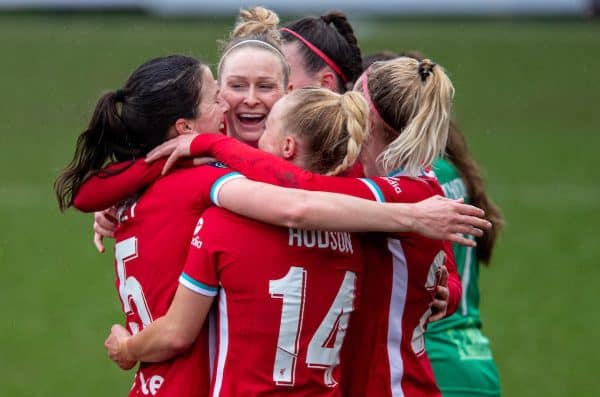 It’s been a memorable run for the Reds, with 10 points picked up from the last available 12.

Cellar dwellers London Bees were dispatched with relative ease thanks to an inspiring performance from Becky Jane, where Ceri Holland and Amy Rodgers were also on the scoresheet in a welcome show of attacking prowess.

And while the goals did not flow at Crystal Palace, Liverpool showed resilience to wear down the Eagles with captain Niamh Fahey scoring a rare goal, with Missy Bo Kearns a bright spark.

The clean sheets continued in a dominant five-goal thrashing of Coventry as the Reds showed off their resurgence at both ends of the park.

Fahey, Jane, Holland and Lawley were the names etched on the scoresheet in what was a direct and clinical outing, a trait which has long been needed on a consistent basis.

The visit of Blackburn looked to have added yet another win to the tally thanks to Kearns drilled opener, but the first goal conceded in four games was enough to see Liverpool settle for a point.

It meant they would not equal their season-best run of four wins on the spin, but it certainly sets Liverpool up nicely for the run-in.

Player of the Month: Ceri Holland 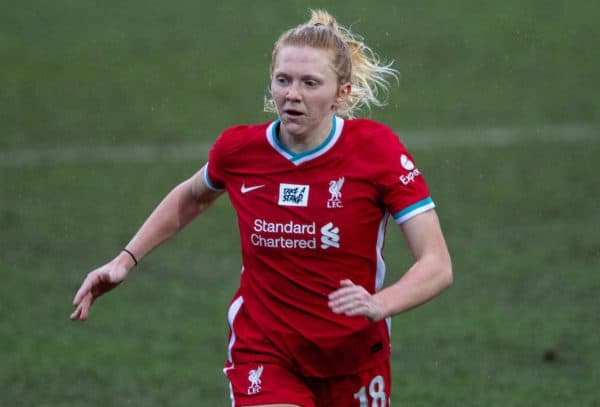 With a lot to celebrate this month, a number of Reds stood out and would have been worthy winners of the gong, which included Meikayla Moore, Ashley Hodson and Kearns.

But after a run of four starts, two goals and three assists the honour goes to Ceri Holland – who only signed for the club in January.

The 23-year-old has been a bright and exciting addition as an attacking midfielder, combining vision and execution for a bright start to life as a Red.

Having been named Women’s Championship player of the month for February, Holland has thrived having swapped college football in America for Liverpool Football Club. 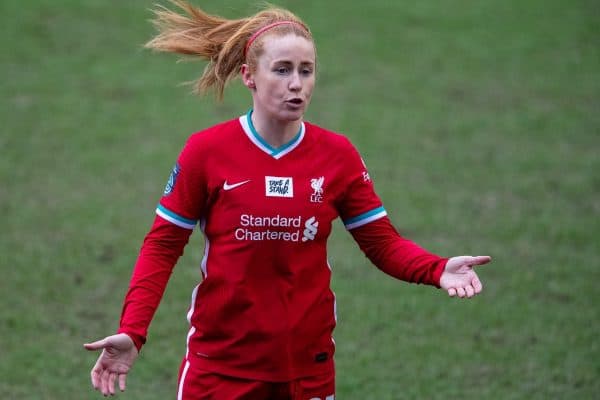 The Reds are heading into the final stretch of the season now, with just three league games remaining on their calendar.

And they will prove testing with all three currently sat in the top six of the Championship, where positive results here could see them snap up third spot.

But there is also cup action to look forward to against current league leaders Leicester, with the fourth round encounter presenting a chance for the Reds to extend their season and potentially pit themselves against WSL opposition.