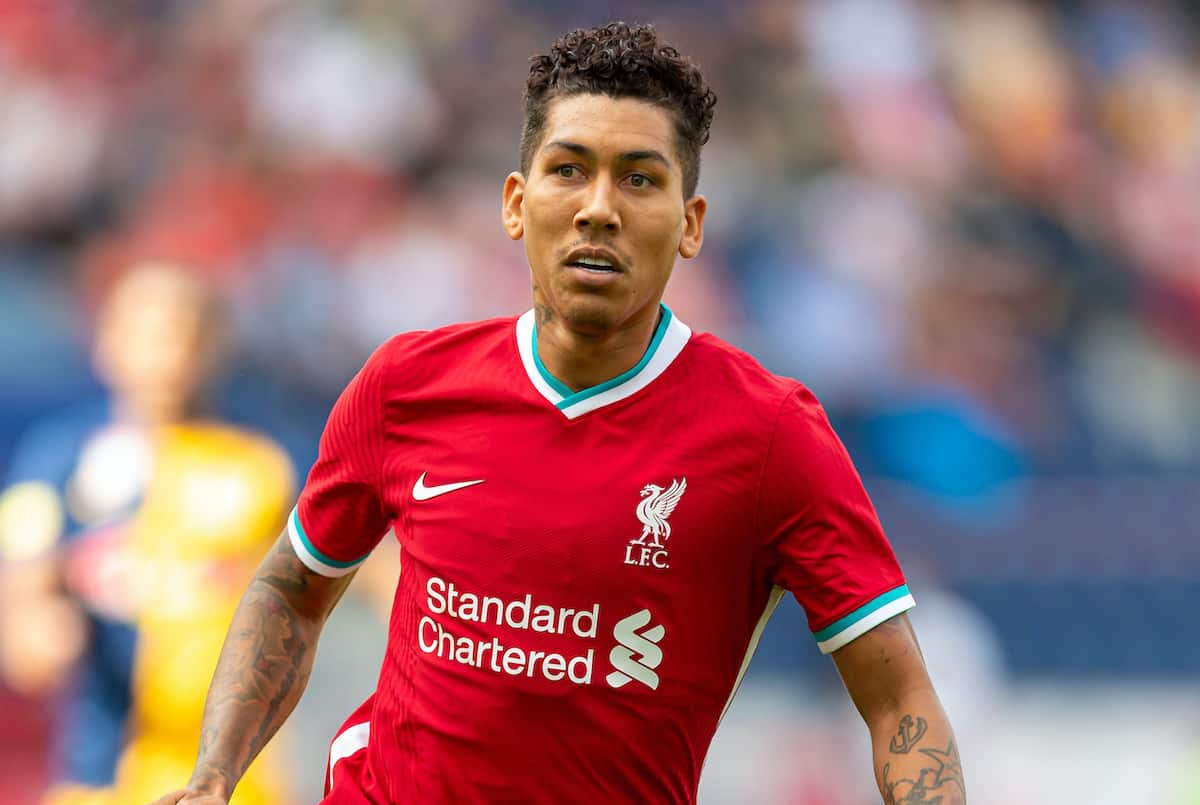 Roberto Firmino has missed Liverpool’s last two games through injury but Jurgen Klopp did not rule out the Brazilian for the trip to Wolves which is two days out.

The Brazilian was absent for the defeat to Fulham and the victory over Leipzig due to a knee injury, in what was his first enforced absence in nearly two years.

Despite his inconsistent form, Firmino had once again been an ever-present for Klopp this season before his injury having played the seventh-most minutes of any Red.

And ahead of Liverpool’s trip to Wolves on Monday evening, Klopp was hopeful of seeing Firmino return to the squad for the clash but will use all the extra time they have prior to kickoff.

“We will see. Bobby was not with us, that means that he couldn’t play but now we have a few more days, later on we have a medical meeting after the press conference. Sorry!” Klopp told reporters.

“They will give me more information about that. We will see, two more days. Hopefully.

“Everyone else looks [okay] in the moment.”

With Diogo Jota back in the mix, it will be a nice change for the manager not to feel as though he has to rush back a player returning from injury – a welcome luxury.

But with a decision still to be made on Firmino, it is likely that Sadio Mane, Mohamed Salah and Jota will retain their places from midweek.

Looking further ahead, the absence of international football for Firmino this month, after the South American Football Federation postponed all World Cup qualifiers as clubs denied call ups, could also prove beneficial.

With FA Cup action no longer on the agenda, Liverpool will have up to 18 days between their last game in March and their trip to Arsenal at the start of April.

A timely rest before the home straight of the season could do the world of wonders for the No. 9 and his teammates.