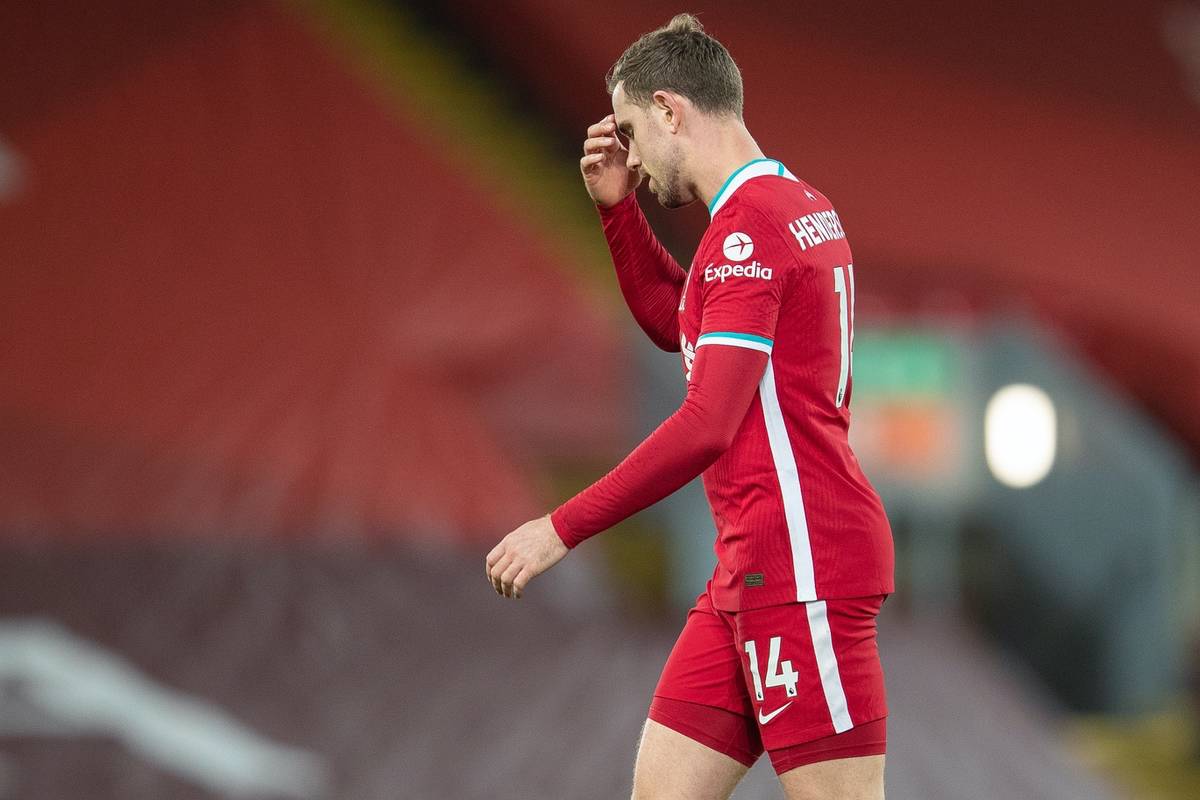 Gareth Southgate has conceded Jordan Henderson is not a shoo-in for the Euros as he continues his battle to return to fitness after groin surgery, with games with Liverpool expected to be limited.

The captain was forced to go under the knife back in February after injuring his groin in the Merseyside derby, a setback that led to an uncertain recovery timeframe.

Some suggested a six-week absence which could extend to 10, while Jurgen Klopp himself hinted time may not be on his side having said, “We all hope there’s a possibility for him to play a few games this season.”

It was not an optimistic outlook and now with just 11 games left in the season, more if progression in the Champions League is secured, the England manager has conceded there is doubt over his vice-captain featuring in the summer tournament.

Southgate is wary of a lack of match-fitness for Henderson heading into the Euros should he only mark his return late in the domestic season, but he did say Liverpool’s No. 14 remains optimistic over his chances.

“In terms of promises, we can only say that Hendo himself is very optimistic about how the operation went and the prognosis that the specialist has given him as to what is possible,” Southgate said.

“We are conscious that with any injury of that nature, there is a guide and a time defined – but that anything can happen along the way.

“We know it’s going to be close to the end of the season and we will just have to see how it goes.

“He will give himself every chance of being available. And, of course, we also know he is likely to be a bit short of match minutes in high-level games.

“There are a lot of things to take into consideration but, at the moment, that is a decision that is a few weeks away.”

Southgate’s comments do not paint a particularly positive outlook for Henderson’s involvement for Liverpool for the remainder of the campaign.

The captain has already spent five weeks on the sidelines and the top end of the above-mentioned recovery period would take him into the first week of May with four league games remaining and a potential Champions League semi-final second leg to play.