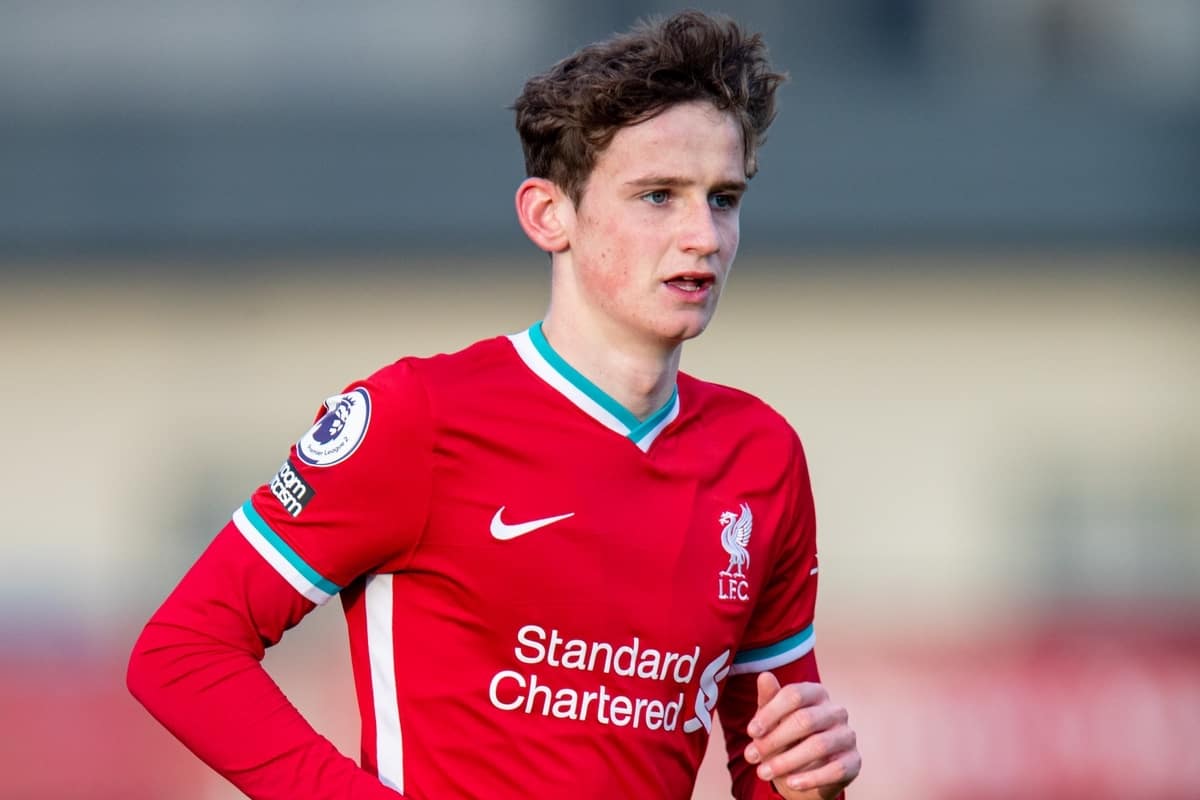 Liverpool went down to 10-man but Tyler Morton‘s first-half strike was enough to clinch victory over Man United in the FA Youth Cup, sealing a place in the fifth round.

Returning from the international break with many of his players having received first-team exposure, Marc Bridge-Wilkinson led the U18s into a tasty cup clash with United.

Bridge-Wilkinson made three changes from the side that thrashed Sutton United in the third round last time out, with Harvey Davies, Billy Koumetio and Conor Bradley coming into a 4-4-2 diamond setup.

After a slow start, the young Reds got going as James Norris made a great driving run down the left to allow Mateusz Musialowsi to cut inside and draw a save in Liverpool’s first chance of the afternoon.

A minute later they were in front, and it was Norris who supplied the ball into the box to allow Tyler Morton, ghosting towards the six-yard box, to glance his header in.

Liverpool continued to threaten, with both Dominic Corness and Max Woltman flashing wide, before United turned the tide as Hannibal Mejbri dictated play, but half-time came with the young Reds ahead.

After the break, Liverpool were required to take a rearguard approach as United controlled proceedings at home, with Bradley required to make a fine goal-line clearance to keep the lead.

Davies, who has been a regular in senior training in recent weeks as well as being named on the bench for the Champions League decider against RB Leipzig, was assured throughout.

The 17-year-old has clearly taken confidence from working with the likes of Alisson and Adrian, with his voice reverberating around the stadium throughout as he claimed a number of high balls and commanded his defence.

Liverpool were dealt another concern midway through the second half as Norris received a red card for a strong tackle, which left the young Reds to hold on for progress.

A number of changes allowed Bridge-Wilkinson to shore up his side, and they were able to get over the line and set up a fifth-round clash with Leicester later this month, with West Ham or Arsenal awaiting in the quarter-finals.