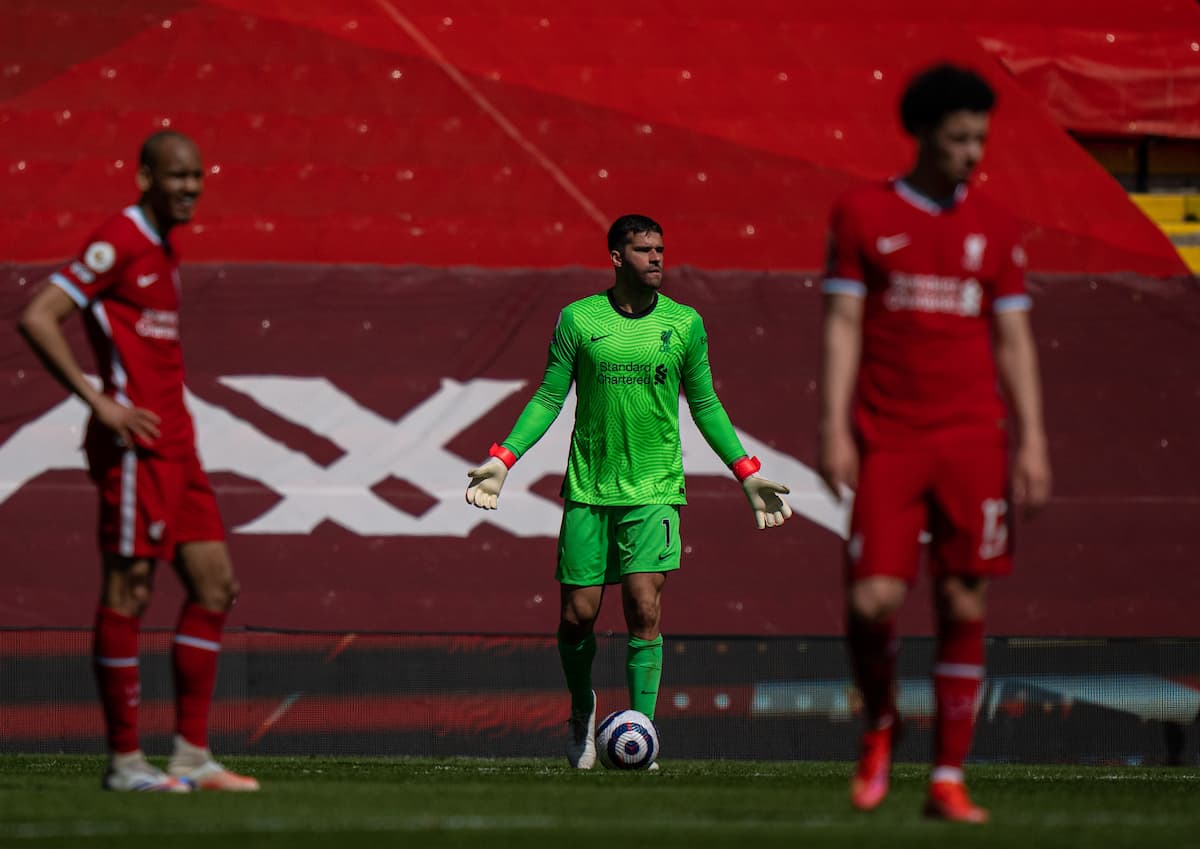 Liverpool were held by Newcastle after a 1-1 draw with Newcastle, with fans bemoaning yet more awful finishing as the run for the top-four was dealt another blow.

Jurgen Klopp‘s champions faced a must-win game at home to the improved Magpies, as the battle for a top-four finish hots up.

Mohamed Salah fired Liverpool into an early lead with a sublime effort, killing the ball dead and half-volleying a strike past Martin Dubravka.

Incredible wastefulness from the likes of Sadio Mane and Diogo Jota saw the Reds fail to build on that and the hosts eventually paid the price.

Joe Willock equalised in stoppage time after Callum Wilson had only just had a goal disallowed, on another disappointing and frustrating day for the Reds.

There was much fury at the final whistle…

Drop the entire season in the bin

Just get this season done and dusted now. Be arsed with this shite. Start again next year.

Can’t take anymore of this season

It's a massive shame that the greatest Liverpool team of all time (points wise etc) last season have followed it up with this season. It's absolutely embarrassing. Every single player is responsible (except those Klopp doesn't play). Fuming.

#LIVNEW … #LFC only have themselves to blame. Absolutely dreadful yet again. #MentalityMice ?

absolutely atrocious in both boxes and no reaction whatsoever after the first let-off, which frankly is the biggest crime there.

terrible second sub after a very good first one imo.

a perfect run-in now or no top four and nobody to blame. anfield dropped pts rate is terrible.

Champions League is gone for next season. Our players couldn't finish their dinner.

Klopp has every right to be furious there. Liverpool got what they deserved. You cannot have that many chances and then throw it away. Just completely crumbled.

Absolutely shocking that. A costly lesson in not taking chances and then switching off at the back when you’d just been given a fairly significant warning.

Liverpool don’t deserve top four. This is an abysmal Newcastle team and they couldn’t put them away, despite several gilt edged chances.

No one to blame but ourselves. Game should’ve been done by half-time

Absolutely don’t deserve top four. Let off the hook one minute and then let them back in the next. Not good enough from the defence but the strikers should’ve scored about 5. Woeful.

A below-par Jota, amid others, had an awful day at the office …

That was Jota's worst performance for Liverpool by a mile. He was shocking.

The Diogo Jota purple patch seems to be over ? pic.twitter.com/xiLmpv4Sb4

Not Jota’s day. He was probably due a match like this – several good chances, no goals – to be fair.

I thought everything Jota touched turned to gold? What’s happened ??

For a second game running we lost it in the end. Could have been on 58 points today. Mane, Jota so wasteful today. And Gini was horrible again. We don’t deserve champions league. #LIVNEW

And there were calls for change in the summer…

2 out of the front 3 100% needs binning come summer, The problem is who do you bring in? will there be funds, but this side needs a massive overhaul #LFC

This surely isn’t just form now, some of these players have been below the required level for months. It’s decline and serious changes need to happen in the summer.

Where would we even be without Salah this season? Only player who’s played at a high level. Rest of that team just don’t want it enough. Embarrassment. Serious changes needed in summer. #LIVNEW #LFC

Should've won that comfortably. Absolutely bottled it. Woeful in the final third. Team needs a major shake up in the summer, Mane and Firmino just not good enough. #LFC