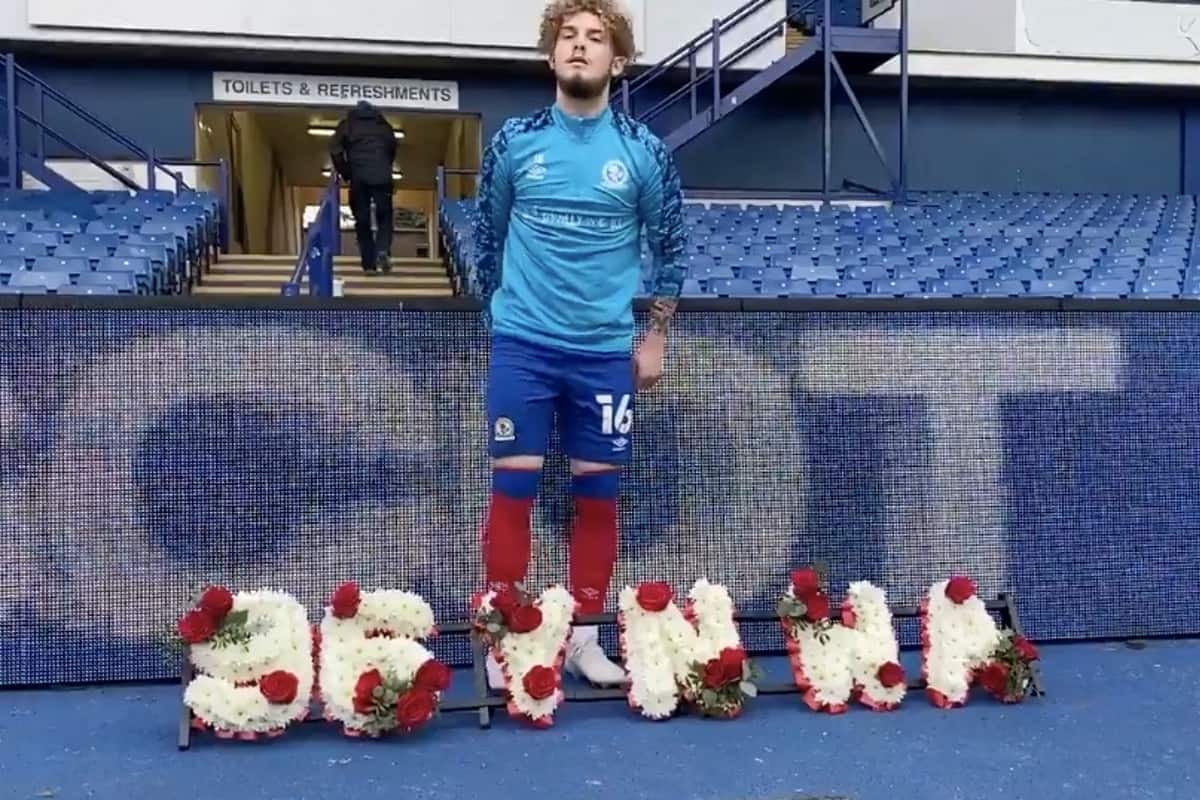 Kenny Dalglish has applauded Harvey Elliott for his part in Blackburn’s tribute to the 96 who lost their lives in the Hillsborough disaster, 32 years on from the tragedy.

Last week brought the 32nd anniversary of Hillsborough, with clubs across the Premier League and the rest of England joining Liverpool in honouring the 96.

In the throes of a pandemic, the usual services have not been permitted to go ahead as families, survivors and well-wishers pay their respects, but tributes paid have been nonetheless.

Elliott was among those to do so, revealing a t-shirt that read ’96 YNWA’ after his goal in Blackburn’s 2-1 victory over Derby last Friday, and he followed that up on Tuesday’s trip to Sheffield Wednesday.

Wednesday’s home ground is Hillsborough, with the stadium hosting Liverpool’s FA Cup clash with Nottingham Forest on that day in 1989, and therefore the evening served as a fitting occasion to again remember the 96.

?? @LFC loanee Harvey Elliott places a wreath at the Leppings Lane End in memory of the 96 supporters who lost their lives at Hillsborough on 15th April 1989.#YNWA | #Rovers ??? pic.twitter.com/Jf9OwBNbO1

Before the game, Elliott lay a wreath at the Leppings Lane End, with his association as a Reds loanee making him the perfect person to do so.

Kenny Dalglish, Liverpool manager at the time of the tragedy and later manager at Blackburn, thanked the 18-year-old for his part in a touching gesture to lives lost:

Thank you, I’m sure this will be warmly appreciated by so many – myself included. ?? Good luck tonight!

Elliott shared a picture of him and the wreath on his Instagram page after the game – which ended in a 1-0 defeat for Blackburn – and was applauded by Ian Rush, Andy Robertson, Trent Alexander-Arnold, Gini Wijnaldum and Roberto Firmino among others.

It has been an excellent individual season for Elliott at Blackburn, and the teenager is clearly maturing as a character off the pitch during his time in Lancashire too.

The hope will be that he can return as part of Jurgen Klopp‘s first-team squad next season, with six goals and 11 assists in 39 games so far this term suggesting he could go on to play a part for Liverpool.