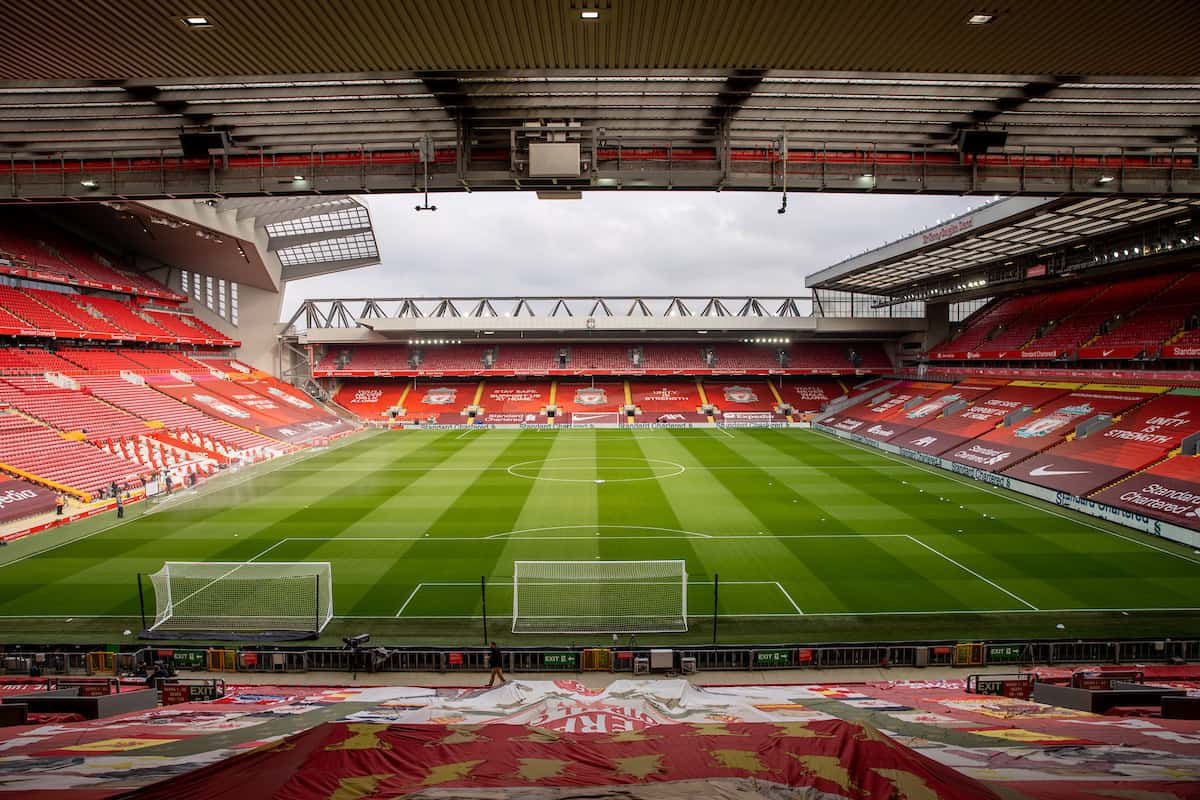 Liverpool have cancelled an all-staff meeting scheduled for Tuesday after their plans to play a founding role in a European Super League came in for yet more fierce criticism.

The build-up to the Reds’ 1-1 draw with Leeds United on Monday evening was dominated by talk of the Reds’ involvement in proposals for a 12-team breakaway from Europe’s major leagues.

Supporters of both clubs lined the streets outside Elland Road to show their disgust 24 hours after they had been revealed in a joint statement.

Leeds‘ players also warmed up in t-shirts reading ‘Football Is For The Fans’, while Jurgen Klopp was forced to field several questions on the matter in his pre and post-match interviews.

It had been expected that the club’s owners, Fenway Sports Group, would shed more light on their plans in a Zoom meeting for all members of staff on Tuesday morning.

An email sent by chief executive Billy Hogan on Monday read: “We know that this announcement has provoked strong feelings within the game and elsewhere but we believe this decision is in the best long-term interests of Liverpool Football Club.

“Importantly, this is the beginning of the journey and we can now start an engagement process with you, supporters and key stakeholders to help shape this process in the right way.

“There is still much more information to come in due course.

“I will keep you updated as we progress on this journey and discuss further on our Town Hall tomorrow.” 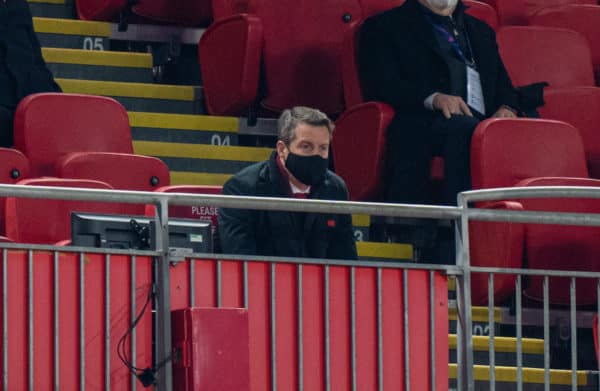 However, This Is Anfield understands that the meeting was cancelled shortly after full-time of the Reds’ draw with Leeds which, should the European Super League plans fail, leaves them facing a battle to qualify for next season’s Champions League.

A number of staff had already privately expressed concern over what they – like most football fans – perceive as a power grab motivated solely by money.

And the sudden cancellation of Hogan’s address throws up questions over whether Liverpool and the other clubs involved are becoming concerned over the ferocious nature of the backlash – and not just from supporters.

Klopp revealed ahead of kick-off at Leeds that he does not support plans for a Super League, a sentiment later echoed by the Reds captain on the night, James Milner.

And with several other high-profile figures in football having already voiced their opposition, Liverpool and their fellow ‘big six’ clubs are facing a struggle to get their proposals off the ground.