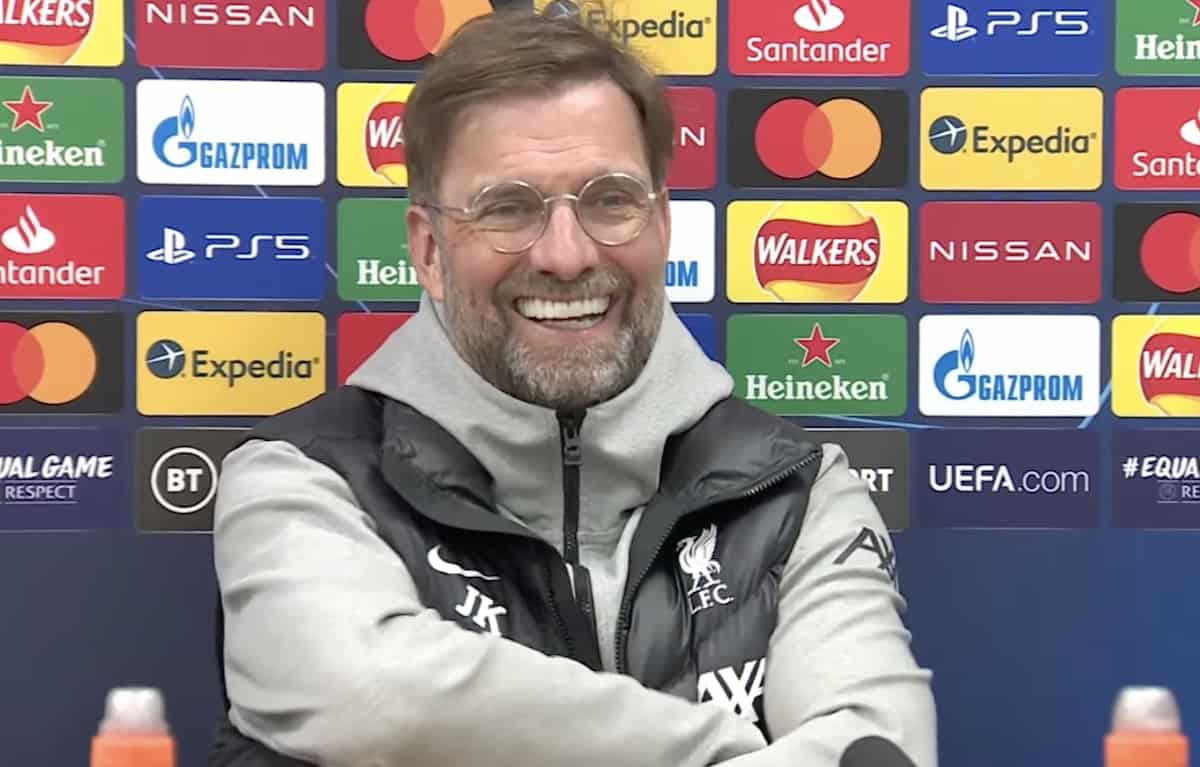 For Jurgen Klopp, it’s “pretty clear” what Liverpool have to do against Real Madrid on Wednesday night if they are to secure their place in the Champions League semi-final.

The build-up to the fixture, of course, centred around the Reds’ ability to mount yet another memorable comeback, this time from 3-1 down.

Klopp’s men need to win by at least two goals if they are to send Real Madrid packing from the competition and the scenario means Liverpool know exactly what is required of them.

And it also ensures they go into it with “not a lot to lose,” an attitude that lends itself to leaving nothing on the pitch in the pursuit of the winning scoreline.

“When you are 3-1 down it looks like we are already out, it means we have not a lot to lose,” Klopp told reporters.

“We will give it a try, that’s the job we have to do. That’s exactly how we will go for it.

“It’s a result which showed the performance on the night, they were better than us. But it was the first half of the leg.

“We have to [create an atmosphere]. We will face a lot of problems, and no supporters is just one extra problem. The result is a problem, the quality of the opponent is a problem, and the stadium being empty is a problem.

The manager also had words on the importance of defending at “our highest level,” the continued threat Real Madrid pose and the current form of Trent Alexander-Arnold.