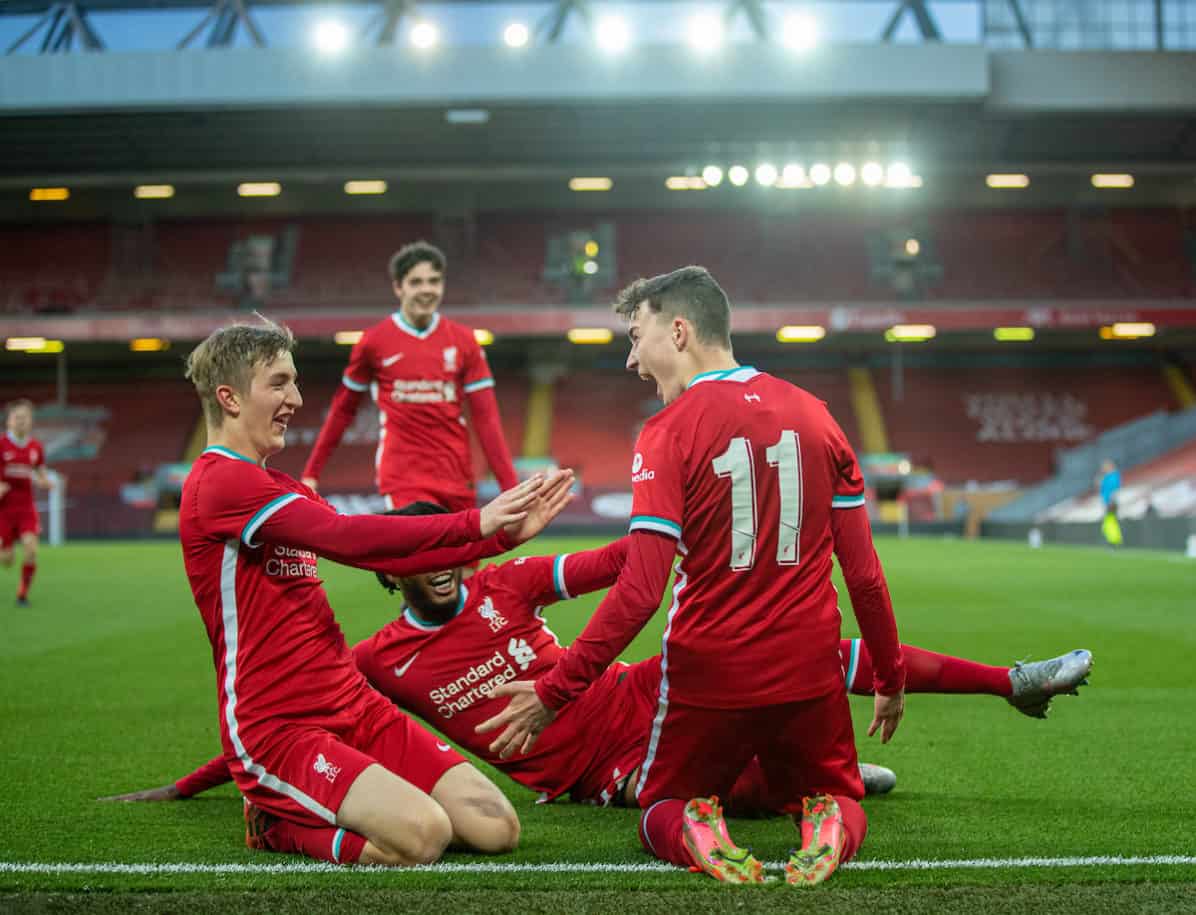 Liverpool have a host of exciting young talents emerging from the academy, but it was 17-year-old Mateusz Musialowski who set tongues wagging at Anfield.

The Pole has been one of the success stories in the youth ranks this season after joining last summer, continually catching the eye with his flair, directness and confidence with the ball.

He is highly rated and that he ended Mo Salah‘s procession of Goal of the Month awards back in March is a notable feather in his cap to date.

Musialowski is heralded as one for the future and eyes have been cast over his ability in first-team training at Kirkby and were once again at Anfield on Friday during the FA Youth Cup match against Arsenal.

The under-18s cruised to a 3-1 victory to seal a semi-final spot in front of an onlooking Jurgen Klopp, who witnessed Musialowski’s mesmerising goal first-hand.

The 17-year-old scored the third on the night, following on from Max Woltman and James Norris’ first-half goals, after bamboozling the Arsenal defence in a devastating counter-attack. 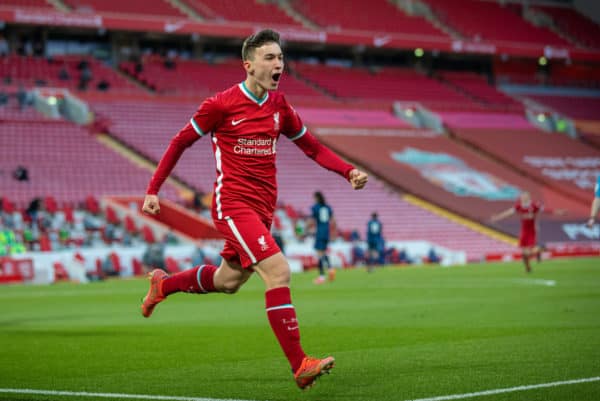 James Balagizi was also at the heart of the move, but it was Musialowski’s close control that had the Gunners’ defence in knots before rifling home a left-foot strike at the Kop end.

It takes his season tally to 11 goals and the goal, in addition to his performance, saw the excitement over his potential taken up another notch, with his now seemingly trademark manoeuvre reaping further rewards.

And his performance attracted more than a few plaudits from fans with his talent clear to see:

Purely speaking one against one ability, there haven’t been many better than Mateusz Musialowski at Liverpool since Luis Suarez. The kid is breath-takingly good at making his man and being unpredictable.

Watched this thinking 'when did Mo Salah have a haircut?' 'Why's he on the left?' 'When was this?' 'I don't remember this goal'.

Wasn't until the close up I realised it's an academy game and that's Messi Musialowski. He looks good doesn't he. https://t.co/rxCfKPKFN0

The football world is not ready for Mateusz Musia?owski

Going to the very top ??

The Musialowski hype train is full steam ahead today and I am over the moon.

So glad this lad is getting the attention he deserves. A potential world class talent on our hands. Bigger than when we had Sterling imo.

Some were a bit tongue in cheek, but the sentiment remained the same:

Who needs Mpabbe when you have Musialowski ?

There is certainly plenty of potential to be excited by, but at just 17 the Reds will be eager to control the hype as he continues to develop.