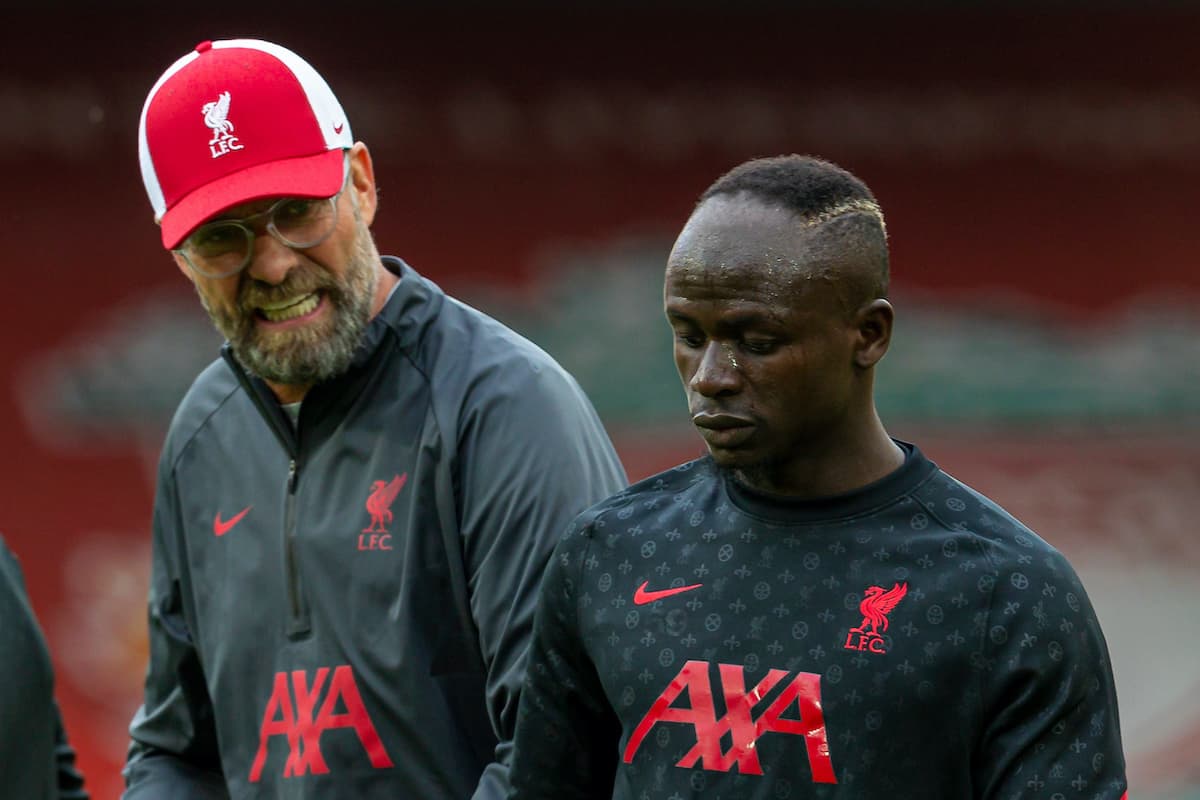 Jurgen Klopp has nipped any further fallout from Sadio Mane’s reaction post-match in the bud after explaining how his team selection came to be.

The No. 10 was dropped to the bench on Thursday evening as Klopp opted for Diogo Jota to start on the left alongside Roberto Firmino and Mohamed Salah.

The latter two would net in the 4-2 win while Mane entered the fray in the 74th minute, replacing Jota to help see out a valuable win and end a 2,615-day wait without one at Old Trafford.

But while the manager was gleefully embraced by his side after the final whistle, his advance was emphatically rebuffed by the No. 10 as he refused any interaction as he made his way into the tunnel.

Klopp was quick to insist there is no rift and there wasn’t time to explain his decision to the winger.

"There is no problem there…" ?

“No, there’s no problem,” Klopp told Sky Sports post-match. “I made a late decision yesterday in training to go for Diogo.

“The boys are used to that. I would usually explain it but there was no time for that. It is all fine.”

Clearly disgruntled, it wasn’t the reaction anyone would want to see after a dominant and uplifting result.

He has not been in hot form this season, he admitted as much himself, and his place in the side is not as solid as in previous years.

But with less than 72 hours until the next kickoff at West Brom, Mane will certainly be in the mix to return to the XI and could yet have a big say in the top-four push. But he must turn his obvious frustration into fight on the pitch.