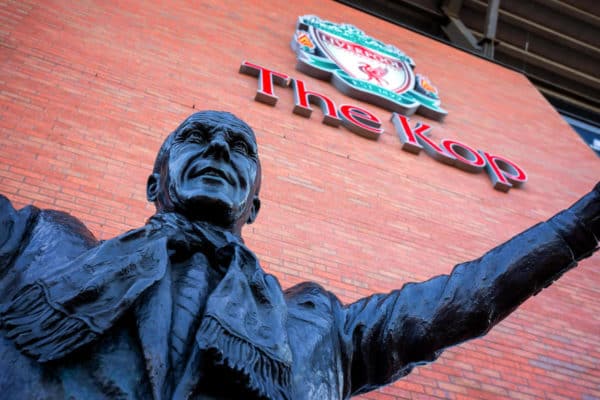 The Liverpool supporters union, Spirit of Shankly, say that talks with senior club officials on Tuesday were “positive” – with SOS outlining their four requests.

Representatives from SOS met with chief executive Billy Hogan and other members of Liverpool Football Club after a request last week following the club’s failed pursuit of a new Super League.

Those requests are for two supporter representatives at board level, a formal agreement with the club, collaboration on a national fan-led review, and that costs incurred in pursuit of the Super League would be funded by the owners and not by the club.

• Two SOS representatives at LFC board level in relation to issues that impact fans and the Anfield community as a whole. This would involve a reconstitution of the LFC board that includes effective, elected and accountable fan representation, and not for members of the current LFC board to be that elected representative.

This cannot be token representation, but one that has the ‘golden share’ or veto on the decision-making process. We believe this is desirable, practical and achievable both in the short and long-term.

• A formal agreement between LFC and Athletic Grounds Ltd and SOS in order to improve collaboration and supporter engagement and involvement, and to ensure this is sustainable for the future.

• FSG and LFC collaborate with SOS to lead the reform agenda ahead of/in conjunction with the national fan-led review.

• We also asked for a commitment from FSG that any costs incurred in relation to the creation of and withdrawal from the European Super League will be funded solely by the owners and not by the club. We note that the Kroenke family have already made this commitment to Arsenal FC fans.

These motions were acknowledged, and received, by LFC. They have taken these away for discussion and will respond formally to SOS with a further local meeting expected in the coming days.

This initial consultation was positive, and both parties agreed there is a need for a new structure leading to meaningful and lasting supporter engagement.

Earlier on Tuesday, Chelsea announced that they will have three “supporter advisors” at all club board meetings from this summer.