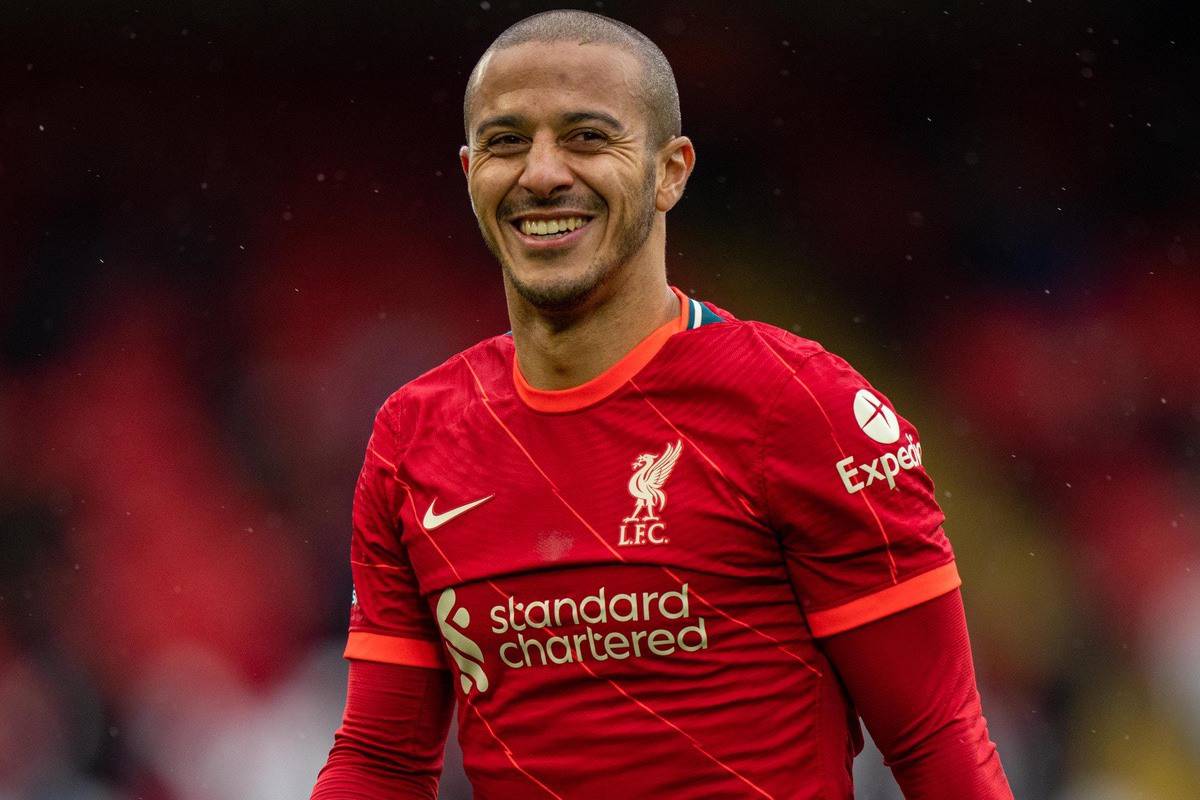 Sadio Mane and Thiago were outstanding in Liverpool’s 2-0 win over Crystal Palace, ensuring the Reds qualified for next season’s Champions League.

Jurgen Klopp‘s side made faced a nervy afternoon at Anfield on Sunday, knowing a victory would seal a top-four finish.

Mane fired Liverpool in front from close range to put the Reds in control, before burying a deflected strike in the second half.

The win means Klopp’s men finished third in the table – something that seemed almost impossible in early March, when Fulham won 1-0 on Merseyside. 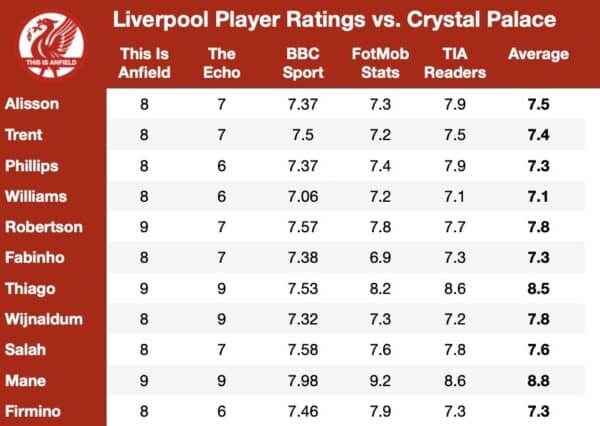 It was Mane (8.8) who got the highest average rating on the final day, as he finally found something close to top form.

It has been an extremely tough season for the Senegalese, but he stood tall when it mattered, bagging both goals in a crucial win.

This Is Anfield felt Mane “showed some lovely creative work and won the ball back plenty of times,” proving that his performance was about far more than just goals.

Meanwhile, Ian Doyle of the Echo felt the 29-year-old was “far, far sharper” than he has been of late, adding that he “didn’t let a poor miss affect him.”

Thiago (8.5) was exceptional in the middle of the park yet again, marking an influential end to the season. 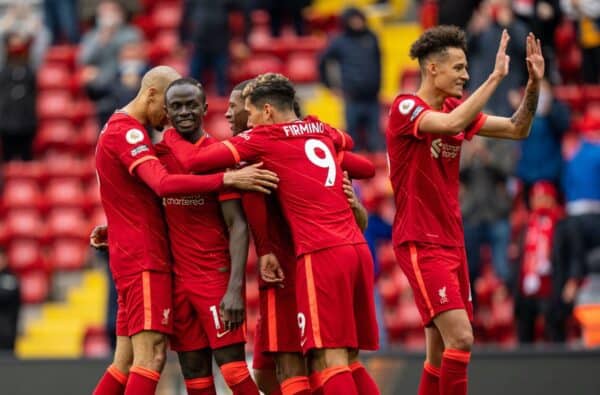 The Spaniard enjoyed a 91 percent pass completion rate, according to FotMob, also making a total of nine recoveries.

Andy Robertson (7.8) and Gini Wijnaldum (7.8) were joint-third in the reckoning, as the latter finished his Liverpool career in style.

TIA touched upon Wijnaldum’s “huge, huge and very much deserved ovation” when he was substituted, also saying he showed “lots of endeavour” beforehand.

Doyle picked out “one good piece of defending” by Robertson up against the dangerous Wilfried Zaha, as the Scot enjoyed an energetic outing at Anfield.

Rhys Williams (7.1) got the lowest rating, but he did well on the day and deserves huge praise for stepping up in the remaining weeks of 2020/21.