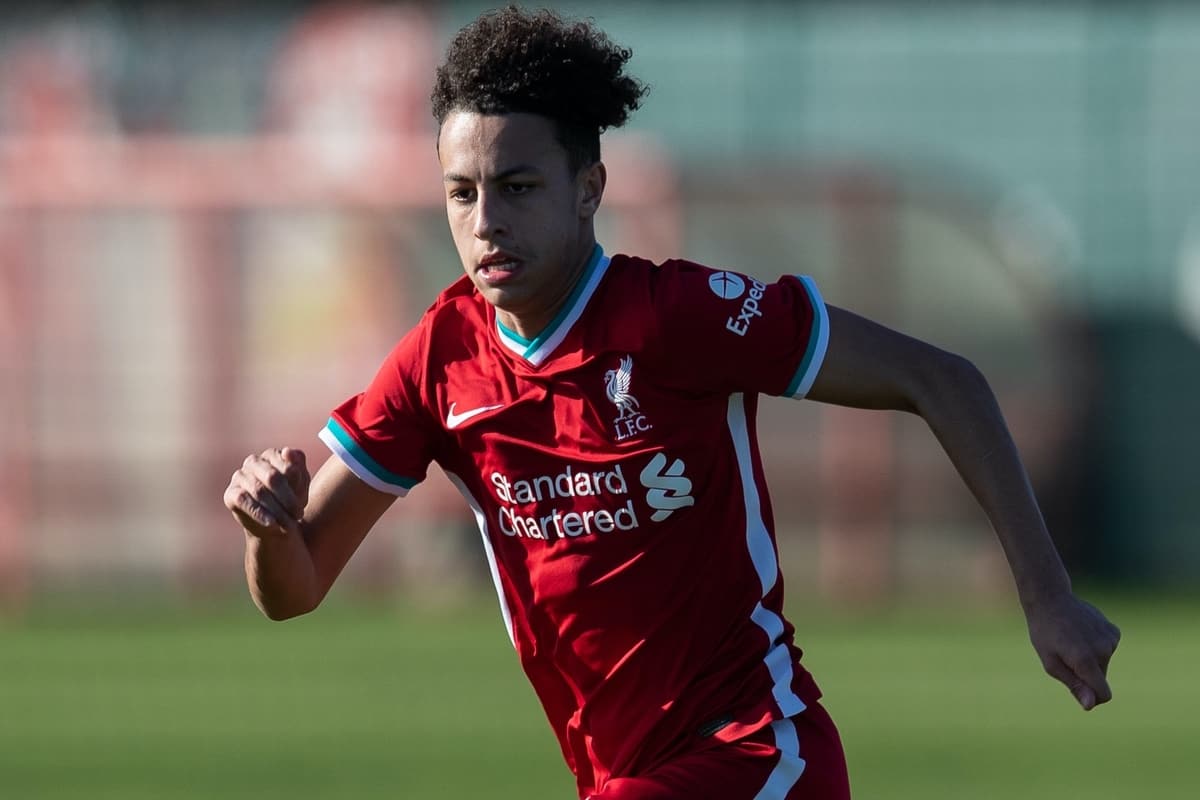 Liverpool under-23s beat AFC Wimbledon on Tuesday evening, in the first game at The Dons’ new stadium with supporters in attendance.

Wimbledon returned to their spiritual home of Plough Lane earlier this season, but until now had not been able to have supporters inside their new 9,000-seater stadium.

And with the Football League season ending before restrictions eased on Monday, the London side organised a friendly against Liverpool under-23s for the first match with supporters back in at Plough Lane in 30 years.

2,000 fans were in attendance, with the young Reds becoming the first Liverpool side to play in front of supporters in 2021.

And they ran out 3-1 winners, with 16-year-old Kaide Gordon netting two on his first start for the under-23s.

The £3 million January signing from Derby had netted on his first appearance for the U23s last week as a sub against Leicester.

Striker Joe Hardy hit the other for the Reds, who had gone behind in the sixth minute.

Every move was applauded, every Liverpool mis-kick cheered. The fans were here to enjoy themselves and to give us our first glimpse of just how wonderful our stadium is going to be when it’s full to capacity.

Quite simply, AFC Wimbledon v Liverpool Under 23s was one of the most magical utterly-meaningless football matches we have ever had the privilege to stage. A match every single one of those 2,000 lucky fans will spend their lifetimes saying: ‘I was there’.

A brilliant occasion for the young Reds to be part of.

The match was also notable from a LFC perspective for the return of Caoimhin Kelleher – the goalkeeper’s first appearance at any level since March due to injury.

Returning forward and 23s’ captain Paul Glatzel also played the full match for the first time since his latest recovery from a long-term injury.